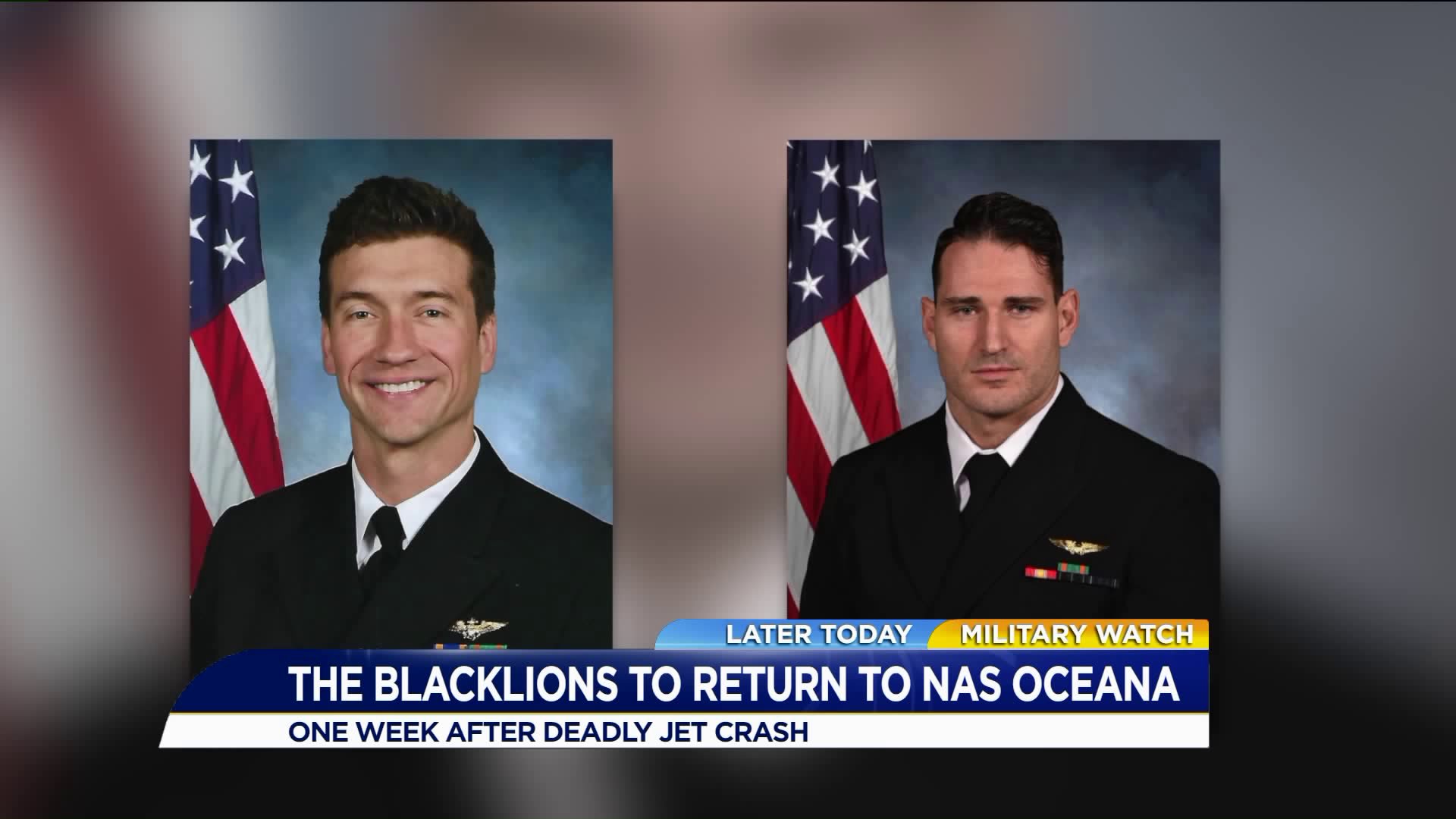 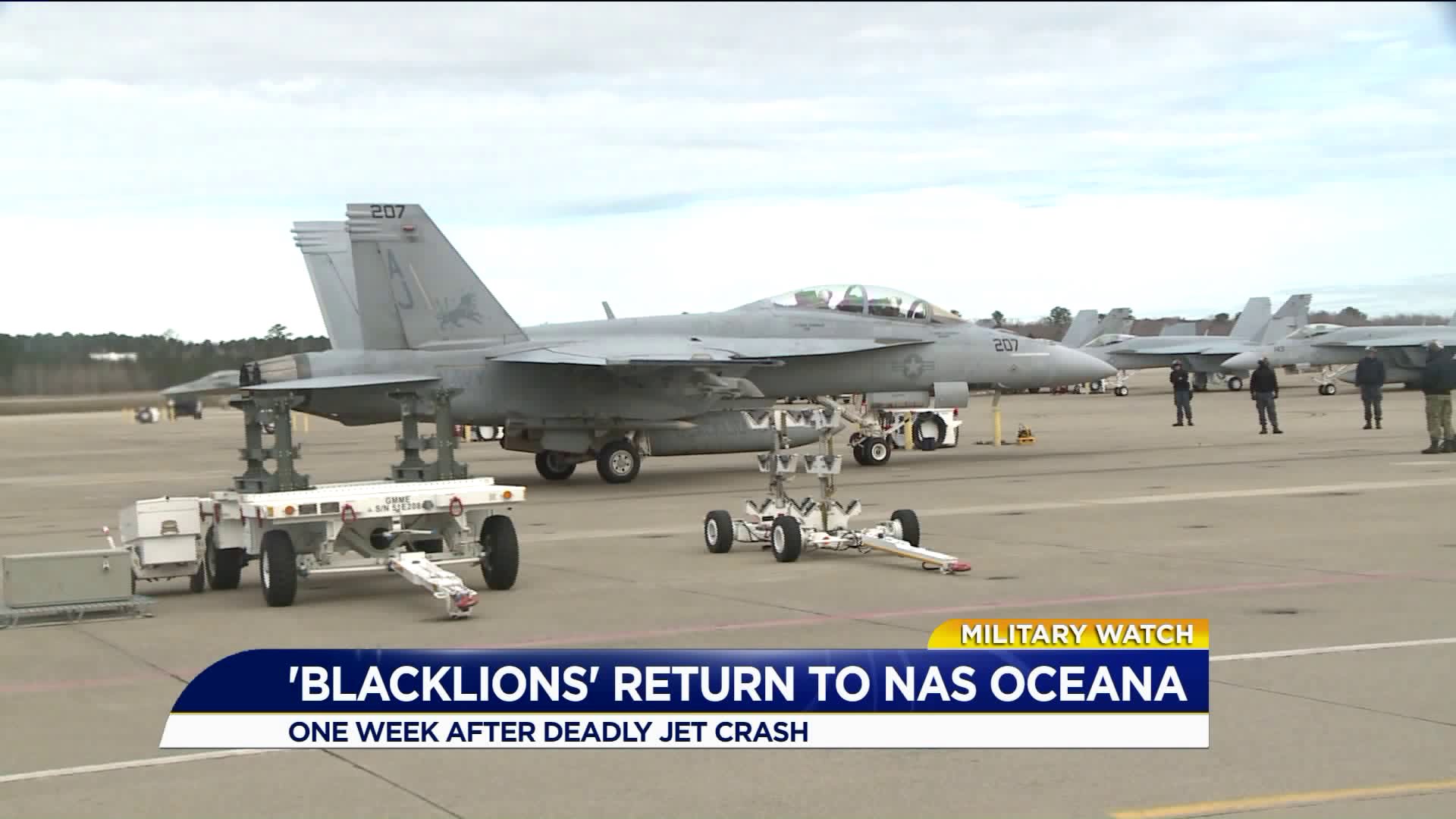 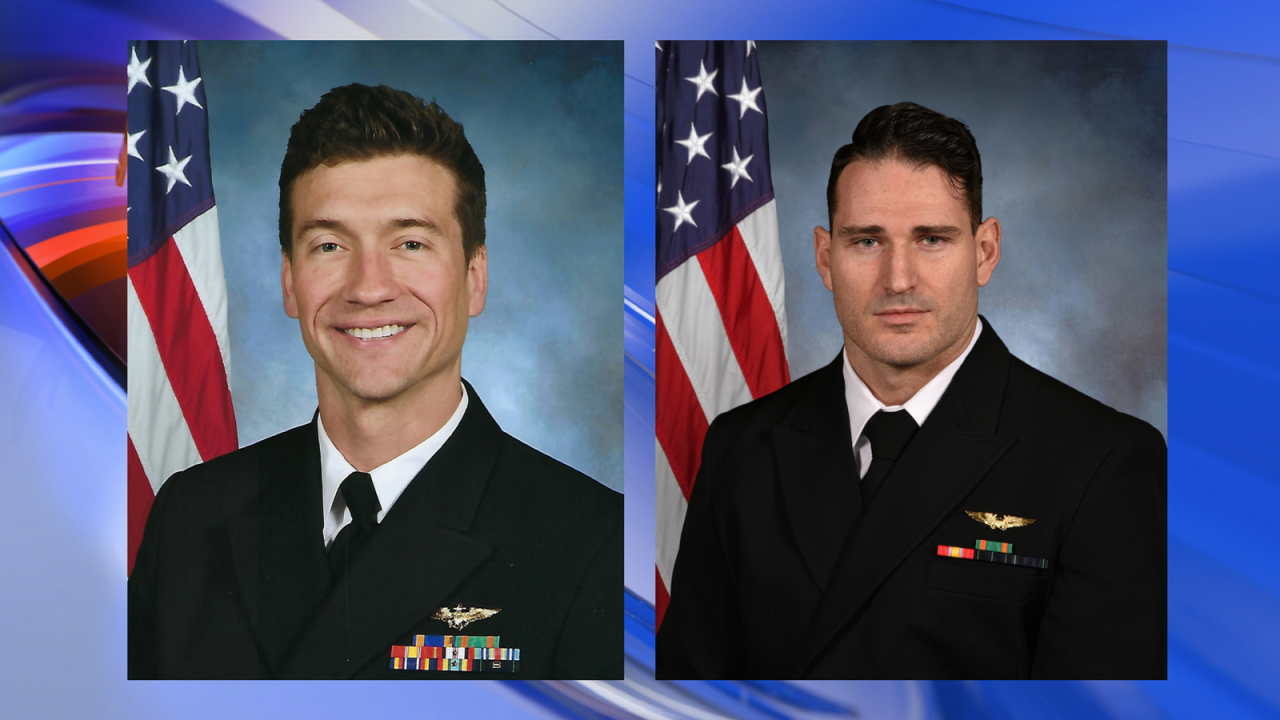 The return comes after two members of the squadron tragically died in a crash on March 14 while training in Key West, Florida.

Lt. Cdr. James Brice Johnson and Lt. Caleb Nathaniel King were flying in one of the squadron's F/A-18 Super Hornets when the jet went down one mile off the runway on final approach to Boca Chica Field at Naval Air Station Key West.

Both reportedly ejected from the aircraft and were rescued from the water. They were taken to a nearby hospital and were later declared dead.

Last week the black lion family lost two of our finest. Lieutenant Commander Brice Johnson and Lieutenant Caleb King. As naval aviators they both exuded a Warriors ethos and an espirit de corps That propelled our squadron into success in combat. As naval officers they served with humility, toughness and a genuine care for the sailors in their stead. Our entire command mourns the loss of these two patriots a feeling we know we share with our brothers and sisters in the profession in arms. Our community here in Virginia Beach and homes and families all across our great nation. But we will heal together as a team, and as a community in that healing we continue on with our mission and we get back to the business of naval aviation standing ready to project combat power anywhere in the world as our country directs. To do anything less would disappoint the two heroes we lost last week. Lastly, I understand the desire for all of us to know what happened in this terrible tragedy. I ask for your trust and patience as there is an active naval aviation mishap investigation being Conducted by some of the the finest professionals in the entire world. Thank you for your time and your continued thoughts and prayers for the families of Lieutenant Commander Johnson and Lieutenant King.

King was a 2012 graduate of the Naval Academy and Johnson graduated from the Air Force Academy in 2007. Both were described as were phenomenal young men and exceptional naval aviators. They were described as living models of what honor, courage, and commitment really mean.