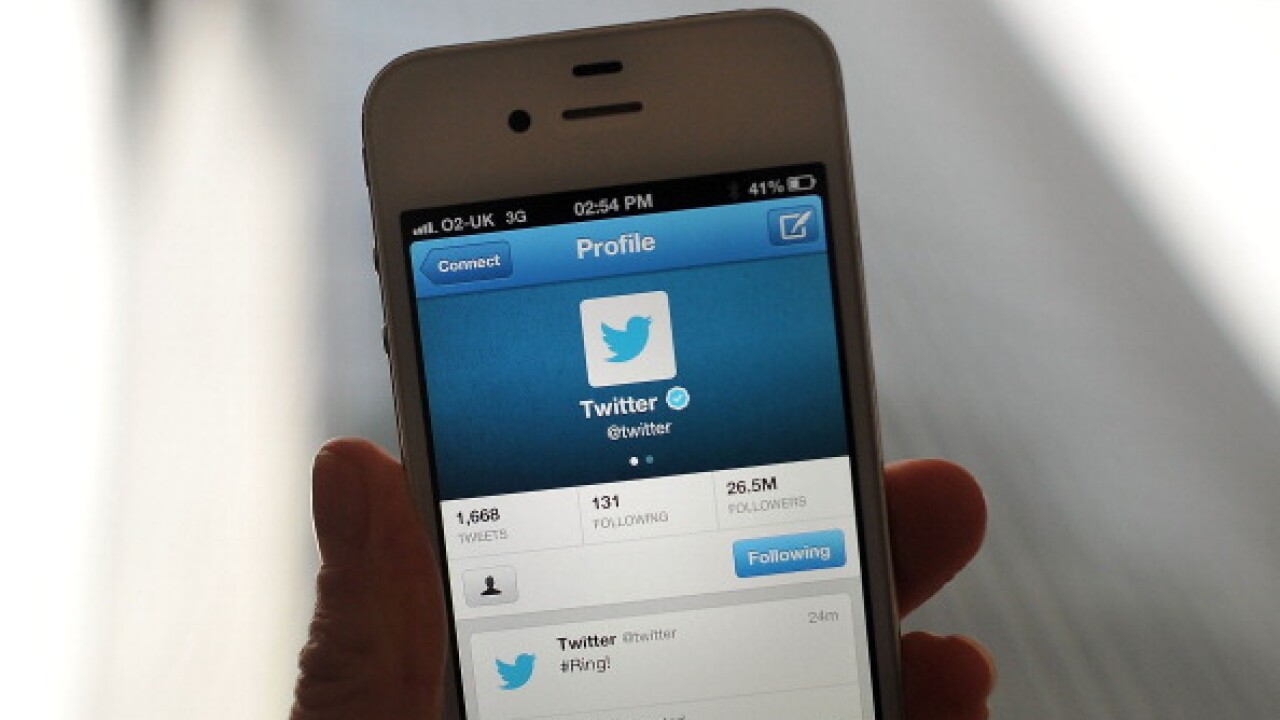 LONDON, ENGLAND – NOVEMBER 07: In this photo illustration, the Twitter logo and hashtag ‘#Ring!’ is displayed on a mobile device as the company announced its initial public offering and debut on the New York Stock Exchange on November 7, 2013 in London, England. Twitter went public on the NYSE opening at USD 26 per share, valuing the company’s worth at an estimated USD 18 billion. (Photo by Bethany Clarke/Getty Images)

CAMDEN COUNTY, N.C. – The Camden County Sheriff’s Office announced that it will partake in two meetings at Camden County schools about kids and the use of social media.

The first meeting will be March 20 at 6:30 p.m. and will be held at Camden Intermediate School, followed by a second meeting held at Camden Middle School on March 22 6:30 p.m. Both schools are apart of the Camden County Schools district.

According to the Facebook post from CCSO, there will be discussions of the different social media websites and apps along with the issues and problems we are having.

These meetings could potentially reference social media threats made by students recently across the U.S.

Many school districts across the country, and in News 3’s viewing area, dealt with social media threats made by students after the Parkland, Florida, school shooting on February 14.

Law enforcement arrested a Camden County High School student on February 19, after the 17-year-old said, “If I had a gun or could get my hands on some guns, I would do the same thing.”

The arrested student didn’t deny saying the statement, but said he was only joking.

Officials: Camden Co. teen said he would do ‘same thing’ as Fla. school shooter if he had gun