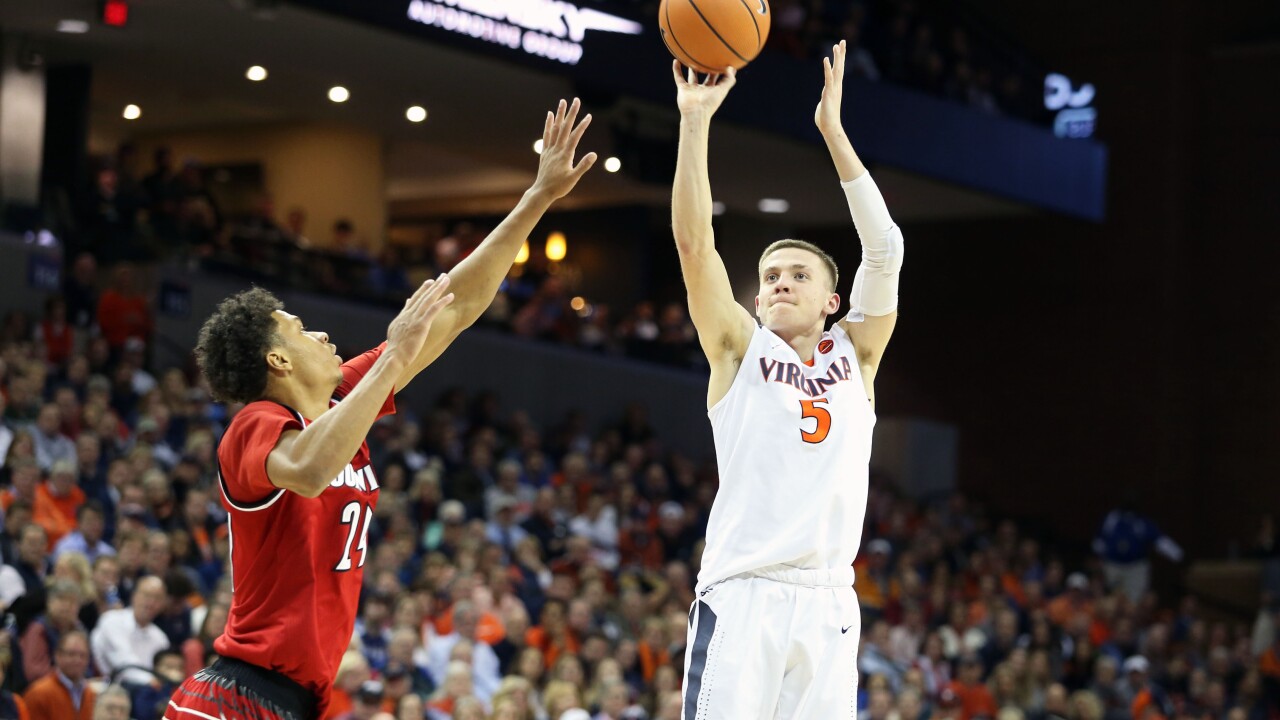 CORAL GABLES, Fla. – The weight of number one couldn’t hold down the ‘Hoos.

Playing their first game since as the nation’s top-ranked team since December 1982, Virginia downed Miami 59-50 Tuesday night.  The ‘Hoos held the Hurricanes to 38 percent shooting in the victory.

UVA redshirt freshman De’Andre Hunter scored 22 points – his most ever in an ACC game, and Kyle Guy poured in 13 after missing 16 of 21 shots in Saturday’s home loss to Virginia Tech.

The Cavaliers (24-and-2, 13-and-1 Atlantic Coast Conference) extend their ACC lead, while also improving to 7-and-0 on the road in conference play. UVA won’t play again until February 21st, a home date with Georgia Tech.