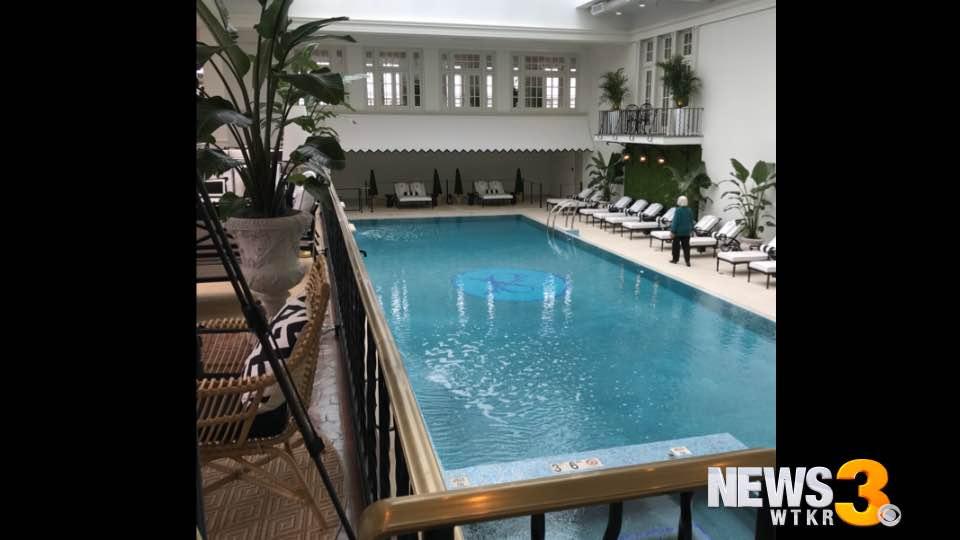 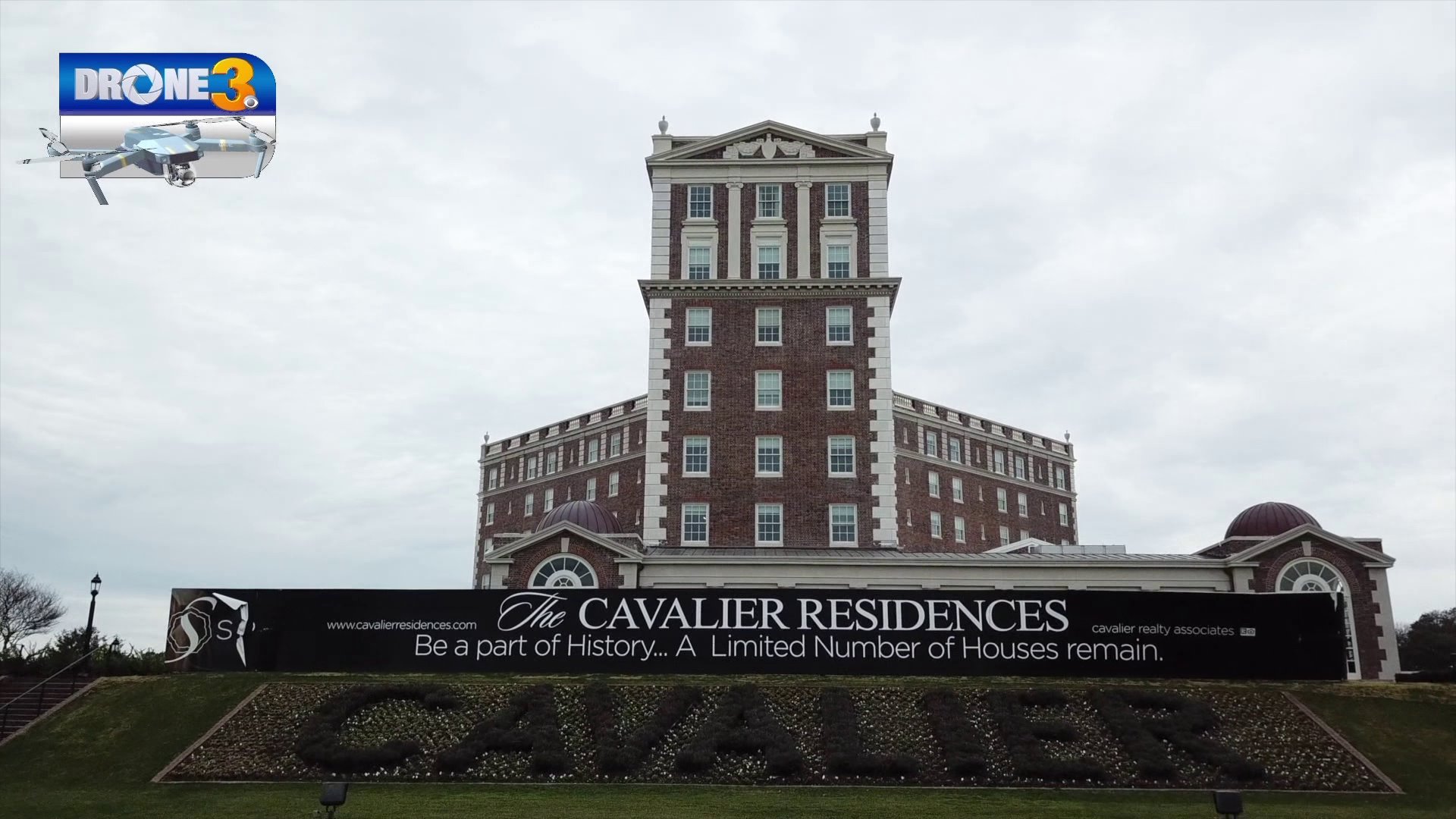 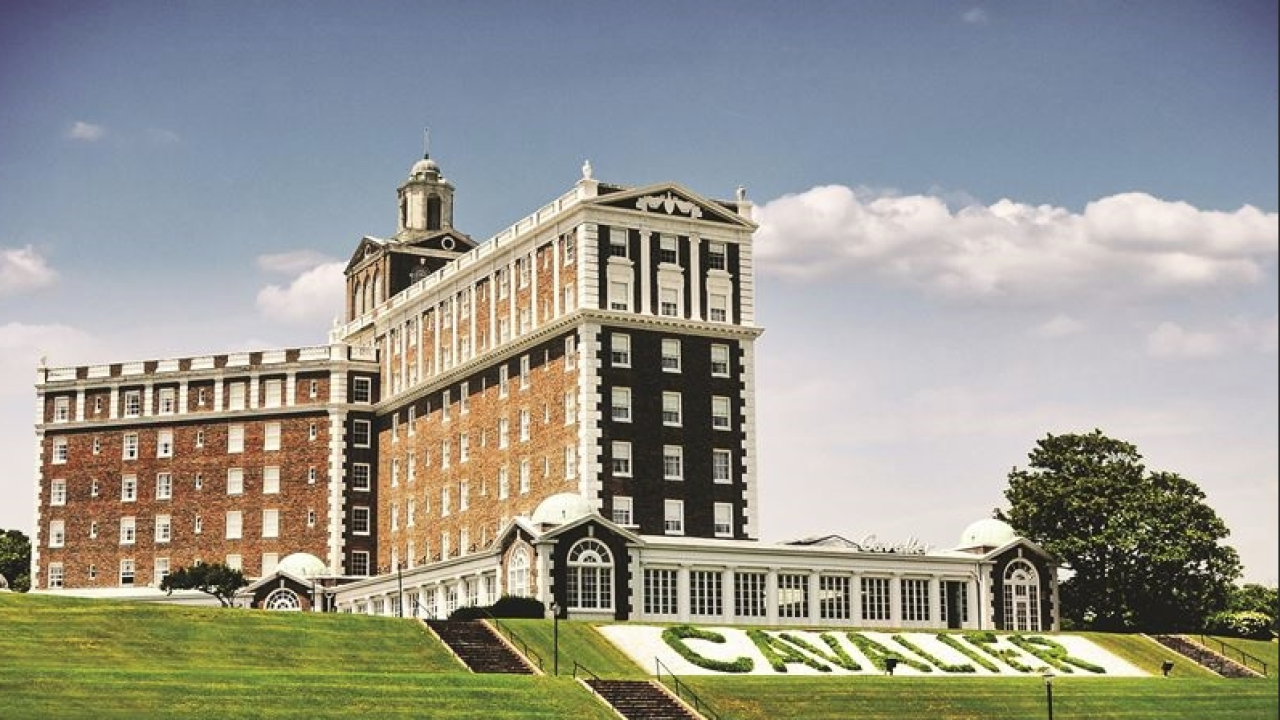 VIRGINIA BEACH, Va. - A Virginia Beach landmark is re-opening its doors today. The Cavalier Hotel has welcomed back 75 couples who were married at the hotel before it closed to enjoy a special vow renewal Valentine's Day celebration.

Ken and Nancy Hunt are just one of couples who came back to The Cavalier on Wednesday.

"It looks as beautiful as I remembered it," said Nancy Hunt. "It’s drop dead gorgeous, it is amazing. It take us back to the time, I’m almost embarrassed to say, it’s been 26 years now since we had our wedding reception in this exact room."

Ken and Nancy were married in the Raleigh Room at the hotel in 1991. Now more than 20 years later, they are back renewing their vows.

"You’re not nervous like you are when you originally got married," said Ken Hunt.

The hotel will officially open in March, but on Wednesday, News 3 was given a tour through many of the amenities like the indoor pool, spa and on-sight distillery.

"The charm is in the structure," explained Bruce Thompson, CEO of Gold Key PHR Hotels. "One of the world’s greatest architects designed it in 1927 so that charm was already there. To bring it into modern times with a sort of flare that was easy because we had a great backdrop."

Thompson purchased the hotel and surrounding property in 2013. Originally, the goal was to have the hotel up and open within two years.

"It’s almost surreal, it has been a long anticipated, "said Thompson. "We thought when we stared he project in 2013 that we would be doing this in 2015 but here we are in 2018 on Valentine’s Day and we have finally arrived."

Despite opening later than originally expected and going over budget Thompson says the wait is worth it.

"It’s almost a million dollar a room investment of $85 million for 85 rooms and we have every level of a series that you could possibly imagine," said Thompson. "I think the public will find the hotel is going to exceed their expectations.  The work that went into the project was extensive both from the structural stand point and from a design standpoint."

According to Thompson, The Cavalier would not have opened if not from the support of several organizations, including the City of Virginia Beach which contributed money to the project.

"This project would have never happened if not for the community interest in saving this iconic landmark," said Thompson. "We will be doing a public open house to invite the community to come in and see what their tax dollars have brought back and retained into the community."

The hotel will officially open on March 7, there will be a public open house before the Grand Opening.