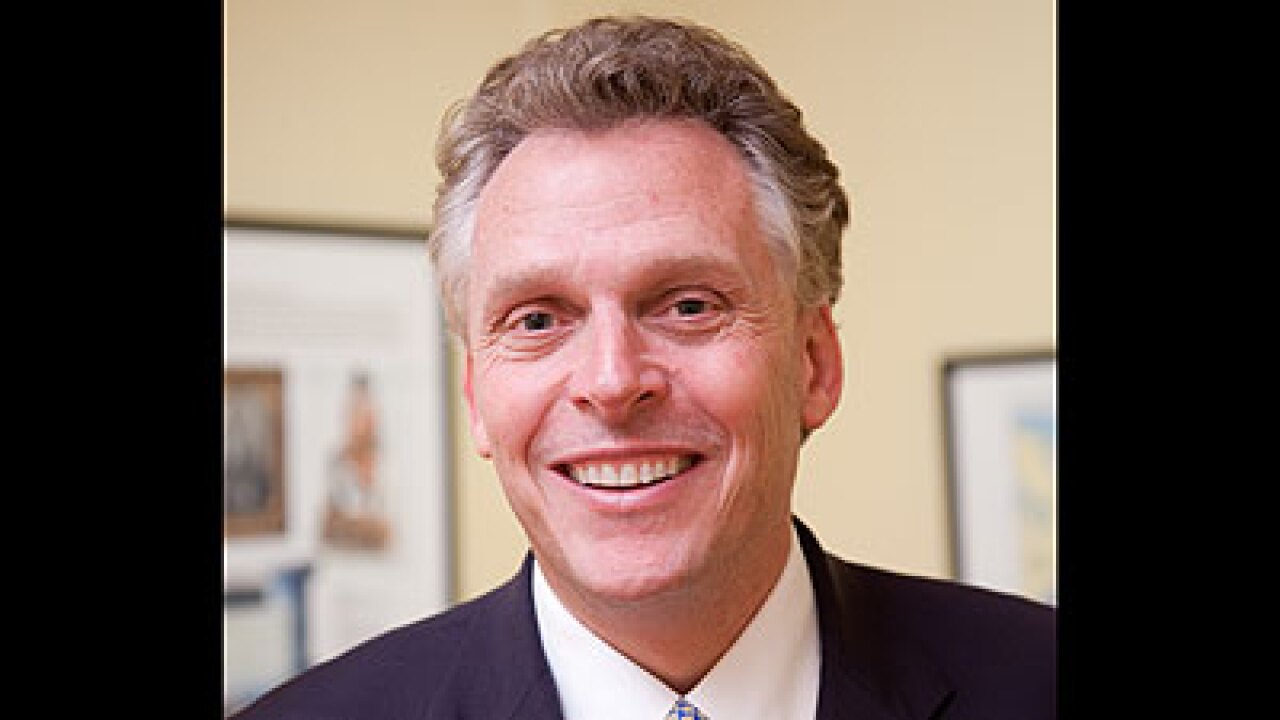 RICHMOND, Va. – Governor McAuliffe announced the development of 900 hundred jobs through the VirginiaSAVES Green Communities Program just days before giving his final State of the Commonwealth address on Wednesday night.

The 72nd Governor of Virginia announced on January 4 that the program started under his administration, had created not only the hundreds of jobs but also generated more than $70 million in energy savings across the Commonwealth, since its creation in 2015.

According to the Governor’s office, ViginiaSAVES is sponsored by the Virginia Department of Mines, Minerals, and Energy (DMME) and helps public and private sector building owners to reduce the costs of financing clean energy projects, such as energy-efficiency upgrades and renewable energy systems.

“Clean energy is positioned to employ 38,000 Virginians and contribute nearly $300 million to state domestic product by 2030.””Projects like these are creating jobs that will help grow local economies and create a better quality of life for all Virginia families,” said Governor McAuliffe in regards to the program’s growth.

It is unclear where this program will go as Governor-elect Northam gets ready to take over for McAuliffe, but VirginiaSAVES does follow new energy ideas and clean energy technology initiatives, which McAuliffe has been a proponent of.

McAuliffe has also created or established other efforts that revolve around clean energy while Governor of Virginia. In June, Virginia joined 12 states to form a climate alliance in response to President Donald Trump pulling the U.S. out of the Paris Climate Agreement.

The Climate Alliance was followed by an Executive Directive to initiate the process to cap carbon emissions by electric utilities in Virginia, which would follow the efforts of the VirginiaSAVES program.

“The clean energy sector in Virginia is booming and is a tremendous asset for the new Virginia economy,” said Secretary of Commerce and Trade Todd Haymore. “In just over two years, VirginiaSAVES has provided more than $57 million to thirteen projects encompassing more than 150 buildings statewide, resulting in more than 900 new jobs. Through this program, we are lowering barriers to deploying clean energy technology that reduces electricity consumption, carbon emissions, and water use while creating jobs and saving taxpayer dollars. Increasingly our corporate leaders are looking for sites with clean energy diversification, and Virginia is at the forefront of providing affordable, clean energy choices to our residential and commercial consumers.”

“We took executive action to make Virginia a leader in reducing carbon and combating climate change, and we built a new clean energy economy from the ground up. In addition to being one of the first states in the nation to announce an offshore utility wind project, I am particularly proud of the progress we have made on solar energy,” said McAuliffe  in his final State of the Commonwealth address about the efforts of Virginia and his administration toward a cleaner energy push by the Commonwealth.

Upgrades made through VirginiaSAVES, will save 22,000 megawatt-hours of electricity and over 370,000 gallons of water for the Commonwealth annually, according to the Governor’s office.

McAuliife also said in his final State of the Commonwealth speech that when he and his administration had taken over, Virginia was home to 17 megawatts of installed capacity. Today, Virginia has more than 2,600 installed or under development.