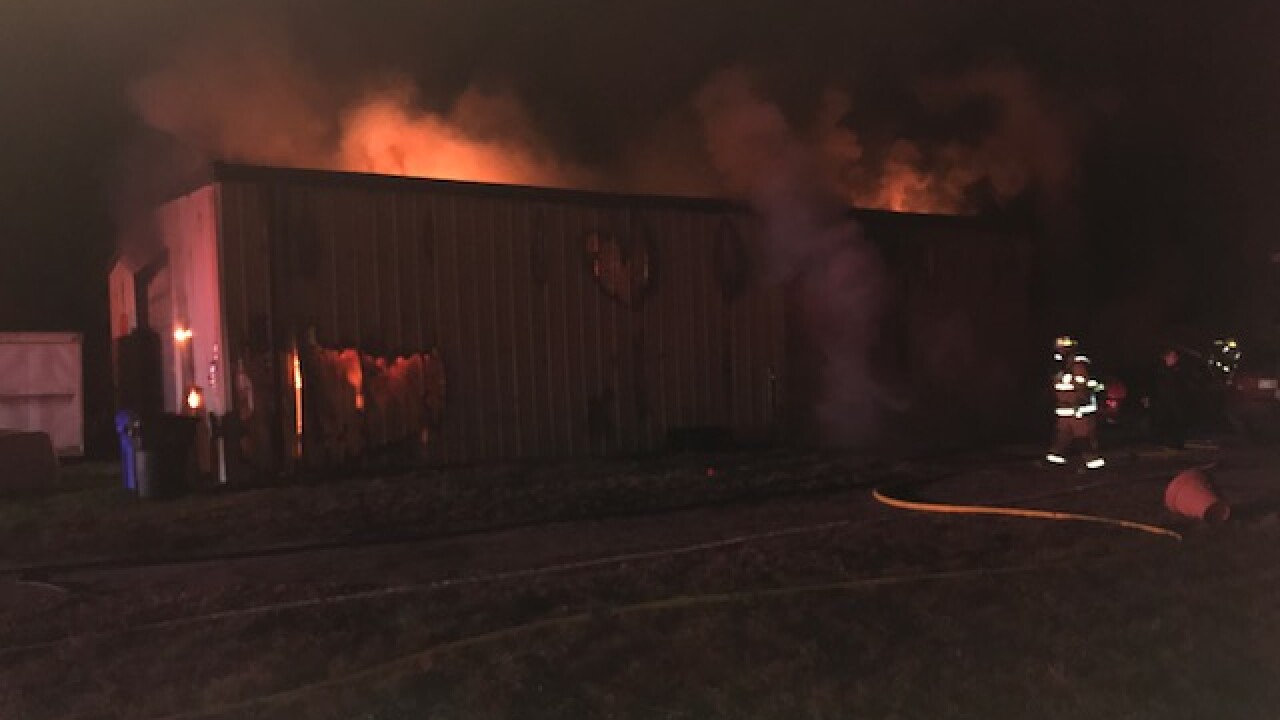 SUFFOLK, Va. — A family of three have been displaced after a fire damaged their home late Monday night.

Units received the call just before 11:30 p.m Monday night about a residential structure fire in the 4800 block of Manning Road.

Upon arrival, firefighters found a large metal shop building heavily involved in fire as well as the attic area of the residence that was attached to the shop. Officials say the shop building was destroyed however firefighters were able to minimize damage to the home.

According to a release, residents of the home had evacuated prior to the arrival of firefighters.

An adult male had minor injuries when attempting to open a metal door and received medical treatment on scene. Firefighters were able to rescue two dogs and render aid to a cat that was barely breathing.

American Red Cross were called to the residence and assisting the family.

Fire was noted under control at 12:48 a.m Tuesday morning. The cause of the fire is under investigation.