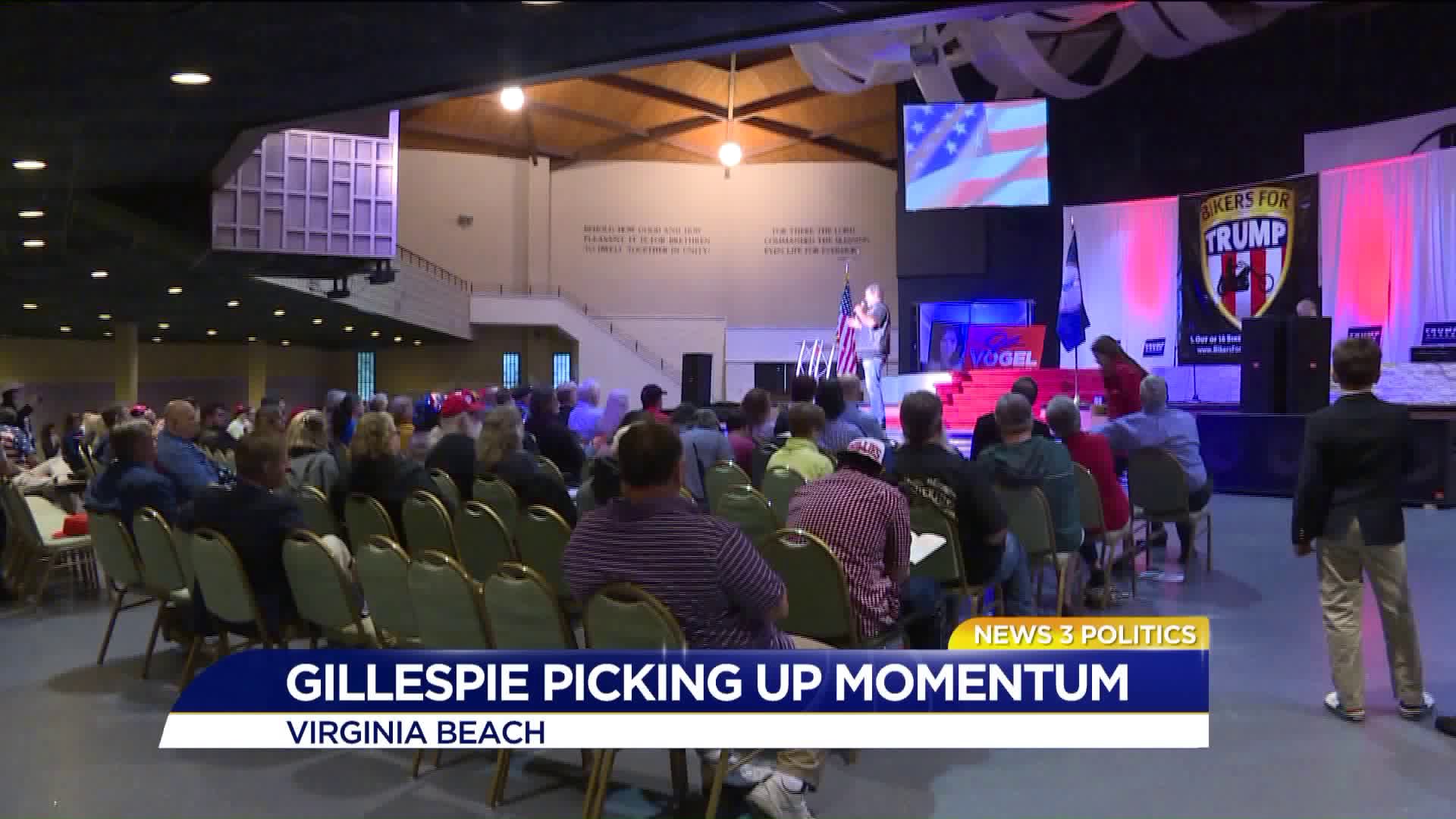 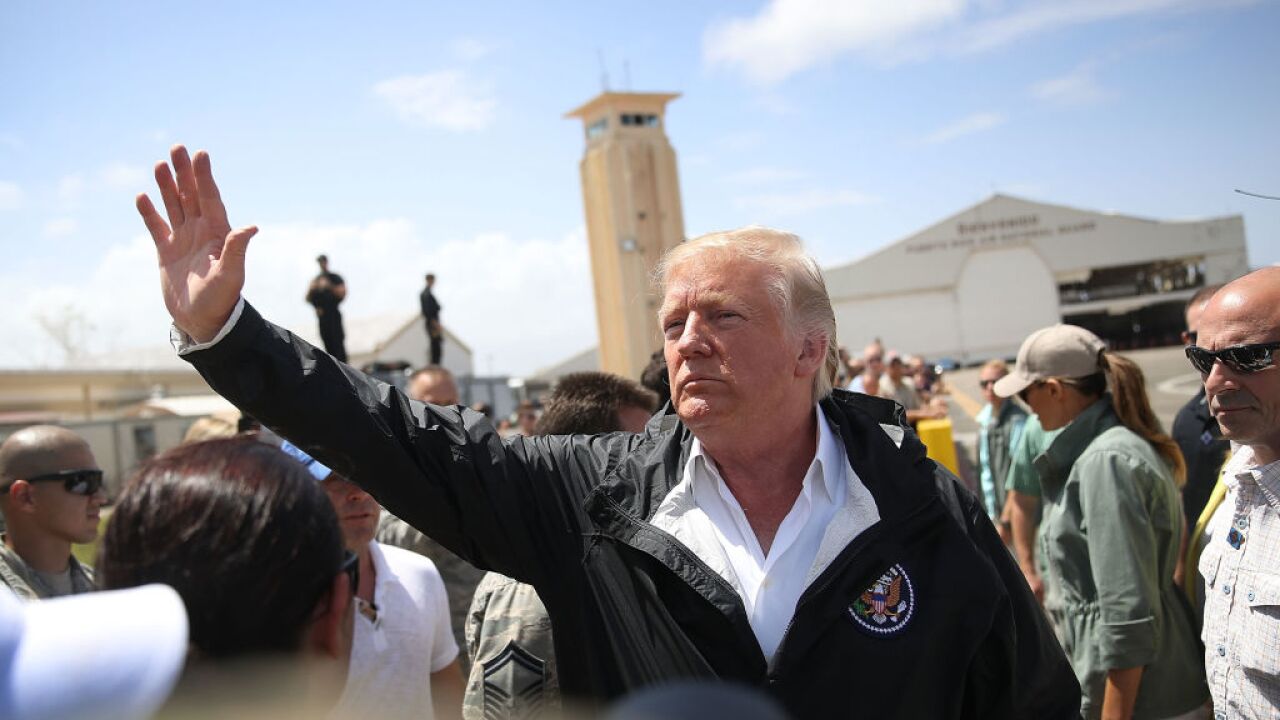 VIRGINIA BEACH, VA. - 'Rocking Red' was today's theme at the Bikers for Trump event held at The Rock church in Virginia Beach.

"Our job is to really just support our president. When he gives the nod. We'd just like to see the right leadership get in here for the sole purpose of making America great again. We're looking for candidates who want to put America first," says Chris Cox, founder of Bikers for Trump.

Corey Stewart led the event in hopes of spreading the word to vote for Ed Gillespie who is running for Governor of Virginia as a Republican.

Stewart says this year is a tight running.

"It is a very close race and I think that Ed Gillespie has moved to the right. His ads are very good on protection of historical monuments, cracking down on MS-13 and illegal aliens. The polls have tightened," says Stewart.

GOP candidate Ed Gillespie talks about the issues with News 3