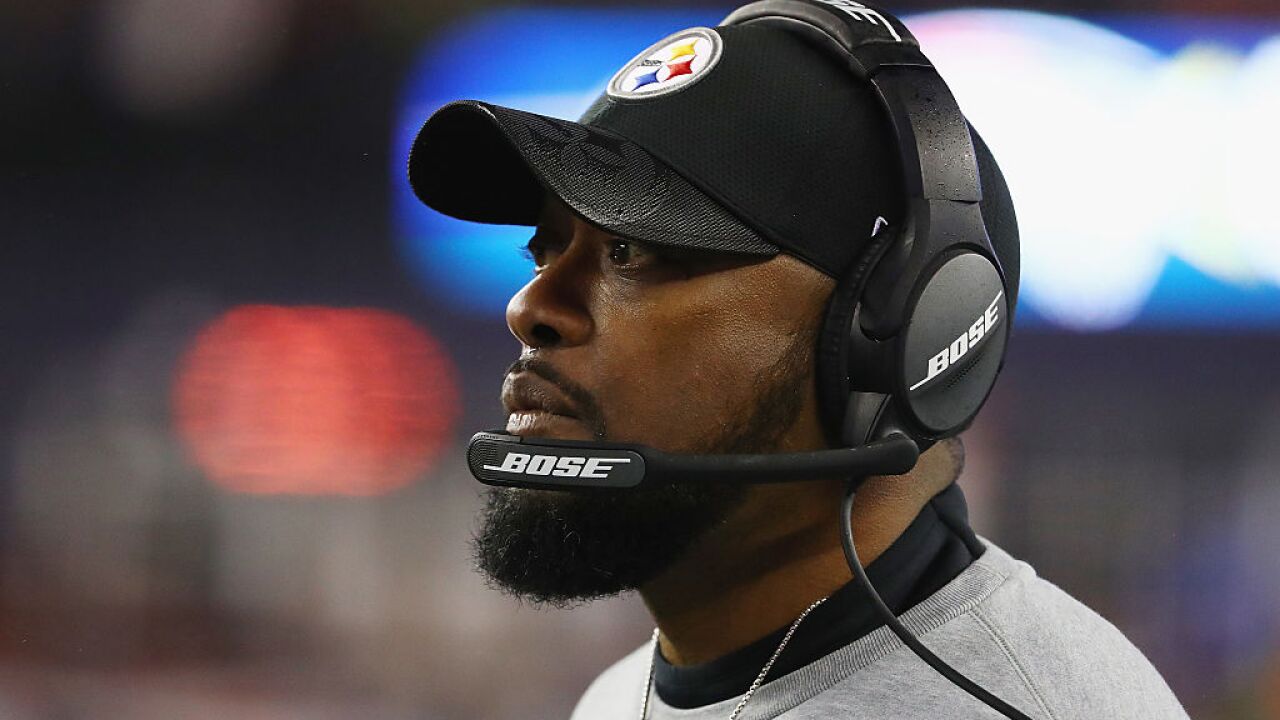 As coach Mike Tomlin promised, the Steelers didn’t take the field for the national anthem. But offensive lineman Alejandro Villanueva, a former captain in the Army and ex-Ranger, stood in the tunnel, hand over heart, as the anthem played.

Tomlin had said before the game his squad would remain in the locker room.

Steelers head coach Mike Tomlin reveals to @JamieErdahl that the team will not be participating in today's national anthem. pic.twitter.com/5zihPWQsMv

Players from the Baltimore Ravens and Jacksonville Jaguars took a knee during the national anthem at their game in London Sunday morning.

Six-time Pro Bowler and Super Bowl champ Terrell Suggs was atop the list of Ravens players taking a knee before the game. Alongside him was retired Ravens legend Ray Lewis, who locked arms with wide receiver Mike Wallace and linebacker C.J. Mosley.

At least a dozen Jaguars took a knee during the anthem, including defensive standouts Calais Campbell and Jalen Ramsey, as well as their No. 4 draft pick, running back Leonard Fournette.

Other players locked arms, as did the coaching staff and Pakistani-American team owner Shad Khan.

President Donald Trump renewed his criticism Sunday of NFL players taking a knee during the national anthem, slamming the league’s ratings and saying players should be fired or suspended for such protests.