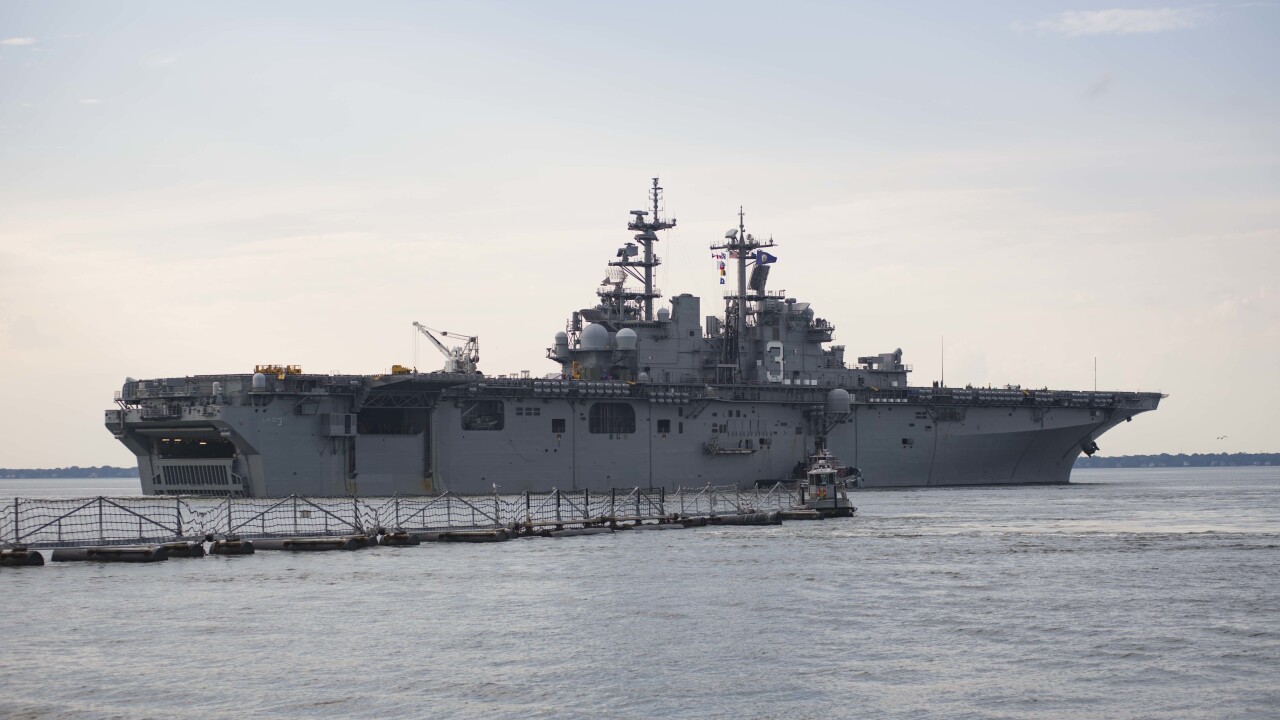 The ships left Norfolk on August 31.

Additionally, the amphibious assault ship USS Iwo Jima (LHD 7) and amphibious transport dock USS New York (LPD 21) have left their homeport at Naval Station Mayport in Florida en route to Norfolk to pick up supplies and equipment for possible Harvey and Irma relief, but like the Kearsarge and Oak Hill, they have no official tasking set right now.