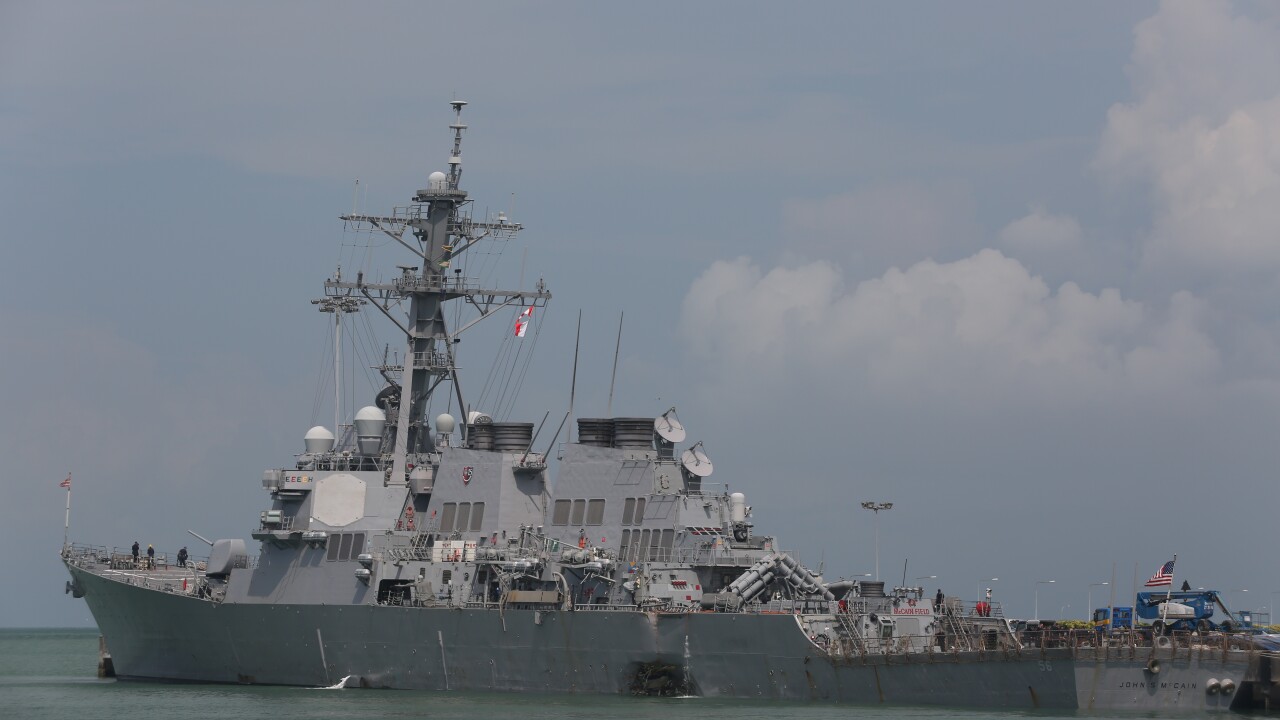 170821-N-IX266-001 CHANGI NAVAL BASE, REPUBLIC OF SINGAPORE – Guided-missile destroyer USS John S. McCain (DDG 56) moored pier side at Changi Naval Base, Republic of Singapore following a collision with the merchant vessel Alnic MC while underway east of the Straits of Malacca and Singapore on Aug. 21. Significant damage to the hull resulted in flooding to nearby compartments, including crew berthing, machinery, and communications rooms. Damage control efforts by the crew halted further flooding. The incident will be investigated. (U.S. Navy photo by Grady T. Fontana/Released)

Chief of Naval Operations Adm. John Richardson has ordered a rare operational pause across the entire US Navy.

The pause is a one-day safety stand-down that would be done over the course of a couple weeks and at the discretion of individual commands, a source told CNN.

The operational pause comes in the wake of the USS John McCain’s collision with an oil tanker east of Singapore early Monday — the fourth accident in Asian waters this year.

“I have directed fleet commanders to immediately conduct an operational pause with commands and leaders across the fleet, to ensure we are taking all appropriate immediate measures to enhance the Navy’s safe and effective operation around the world,” Admiral Richardson said in a statement.

“This is the second major collision in the last three months, and is the latest in a series of major incidents, particularly in the Pacific theater. This trend demands more forceful action,” Richardson said.

Richardson has also ordered a “comprehensive review into all potential factors contributing to the series of incidents.”

The commander of US Fleet Forces Command, Adm. Phil Davidson, will lead the review.

That review “will examine the process by which we train and certify our forward deployed forces in Japan to be ready for operations and war,” according to Richardson in the statement. “This will include, but not be limited to, trends in operational tempo, performance, maintenance, equipment and personnel. It will also focus on surface warfare training and career development, including tactical and navigational proficiency.”

Richardson promises a swift investigation in the statement.

“This review will be on a tight timeline — we need to get to the bottom of these problems and quickly make corrective actions,” he says in the statement. “I will get frequent updates as this effort proceeds, and will keep leadership informed as we learn more.”