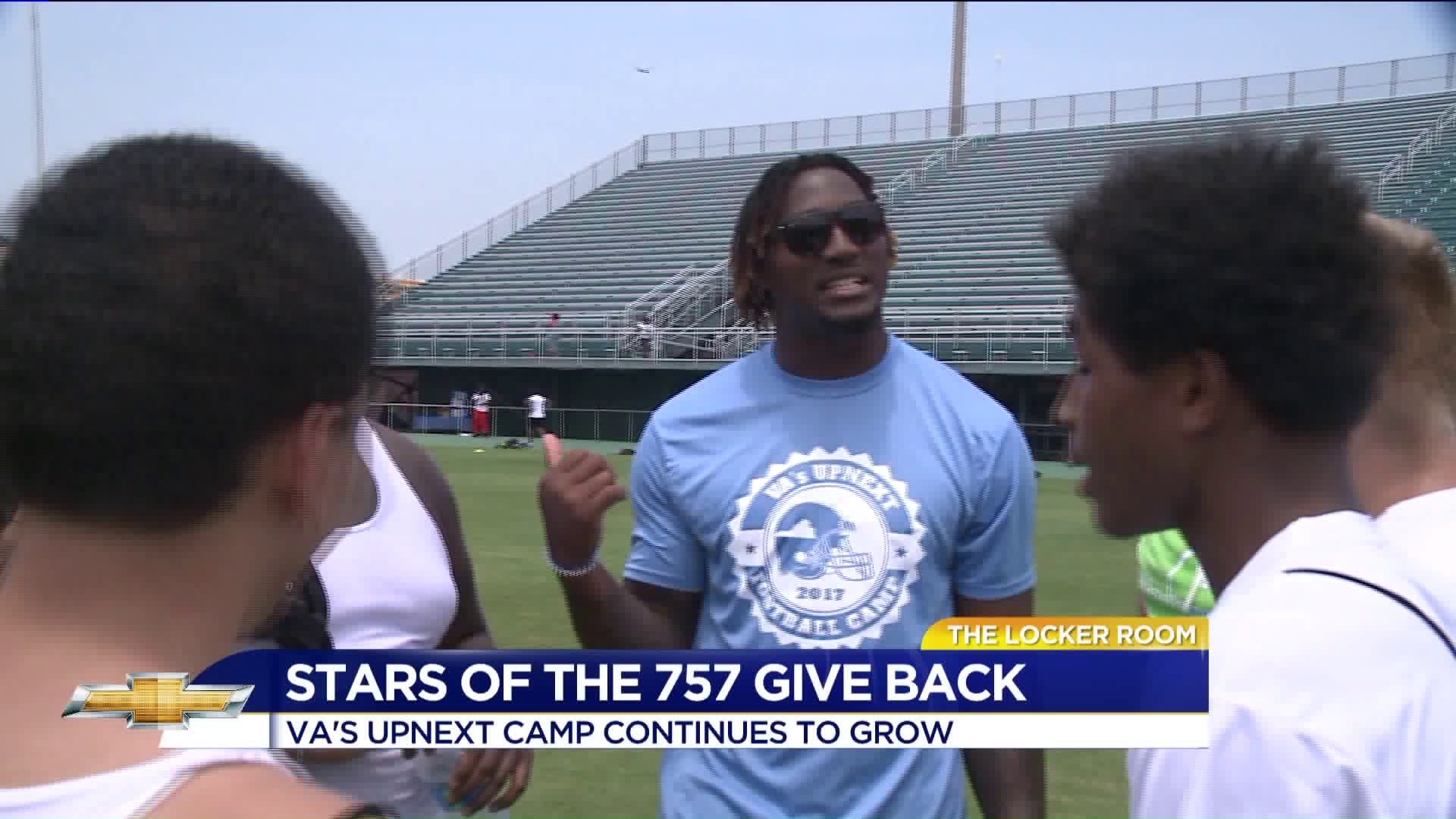 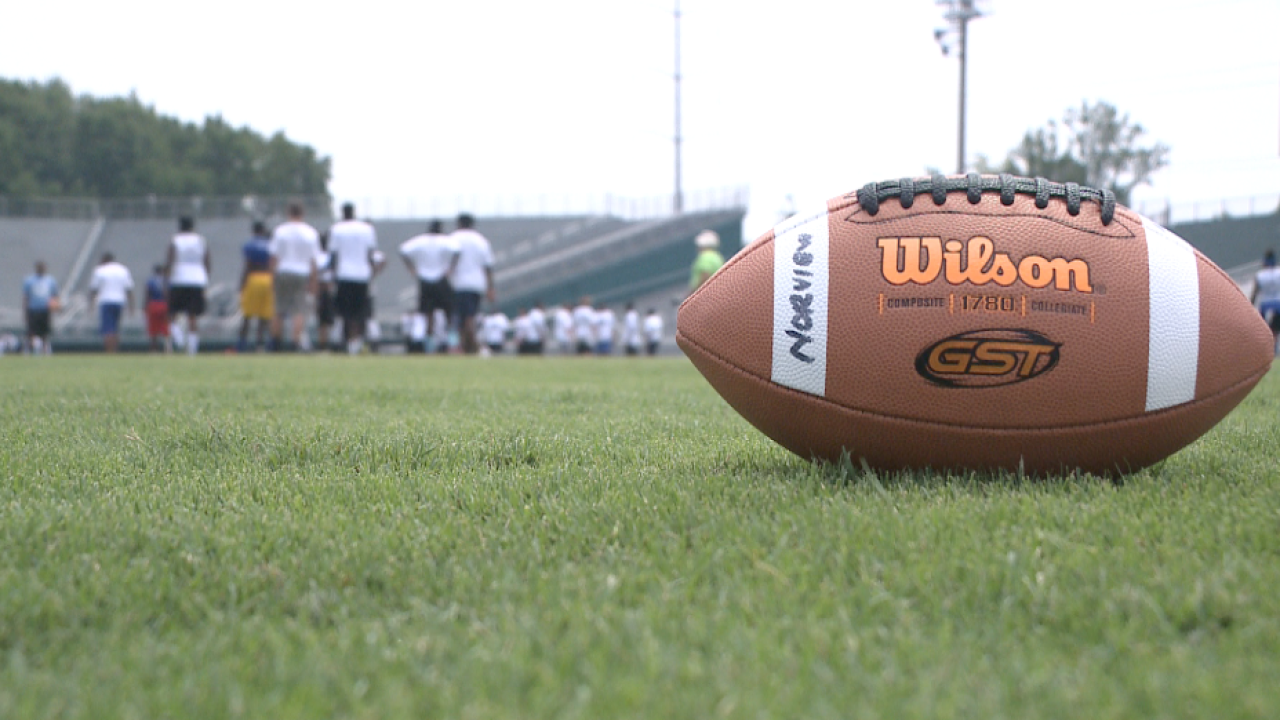 NORFOLK, Va. - Everything comes full-circle for Kam Chancellor and Eli Harold when they make a late July trip back home to Hampton Roads. You wouldn't think that a Hokie and Cavalier would team up, but in the case of these two NFL players hailing from the 757, it's a no-brainer. On Friday, the defensive duo held their annual VA's Next Up Football Skills camp.

Campers not only got to learn football fundamentals, but there was a classroom portion where players and local high school coaches held dialogue on financial responsibility, time management, and academics.

Harold was a standout linebacker at Ocean Lakes before becoming a household name at UVA, while Chancellor played at Maury High and went on to start at Virginia Tech.

"I shot Kam a DM [direct message] my rookie year," said Harold, who's entering his third season with the San Francisco 49ers. "I asked him 'can I swap jerseys with you this week, and he said yeah, and from that moment on we linked up and tried to build this thing giving back to the kids in our community."

Chancellor is heavily involved in Hampton Roads during the summer. His annual Spring Jam was a success during Memorial Day weekend, but he's as eager to coach up campers as he is to line up against some of the NFL's best.

"A long time ago we were one of those little kids who were looking up to the NFL stars like 'oh I want to be like him'," said Chancellor. "It's all valuable lessons that the kids need growing up."