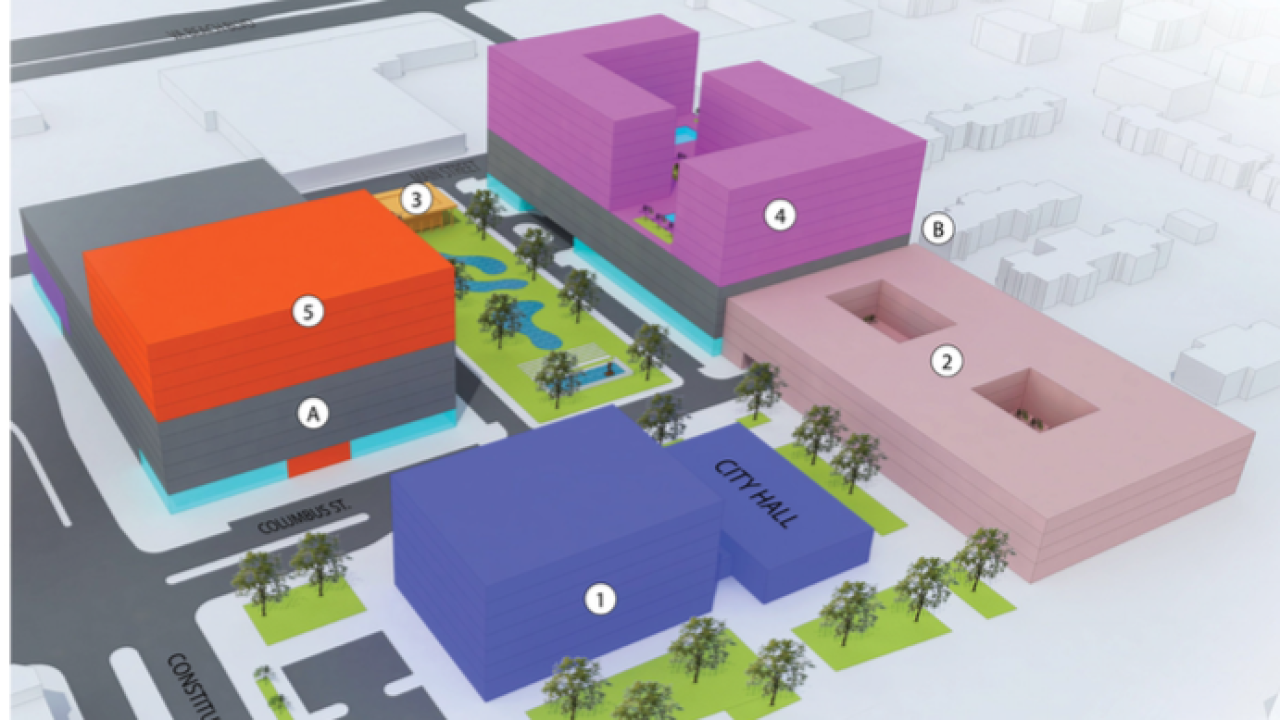 VIRGINIA BEACH, Va. – The City of Virginia Beach is rejecting the offer to construct a new city hall in Town Center.

City Manager Dave Hansen laid out a proposal from Armada Hoffler earlier this month to include a new city hall building in the developer’s proposed $100 million expansion of Town Center east over Constitution Blvd.

The agreement included a land swap that would have placed a new City Hall on the site of the current Regal Cinemas location.

Last month, Moseley Architects presented council with seven options for City Hall, six of which included renovating or building a new City Hall near its current location of Princess Anne Road.  The seventh would move City Hall to property currently occupied by an Infiniti dealership on Independence Blvd., near Town Center.

Each of those options would cost the city at least $55 million for a new City Hall building alone. Armada Hoffler said its proposal would land in that range as well.

In May, Mayor Will Sessoms told News 3 city council hopes to make a decision on City Hall’s future in the fall.