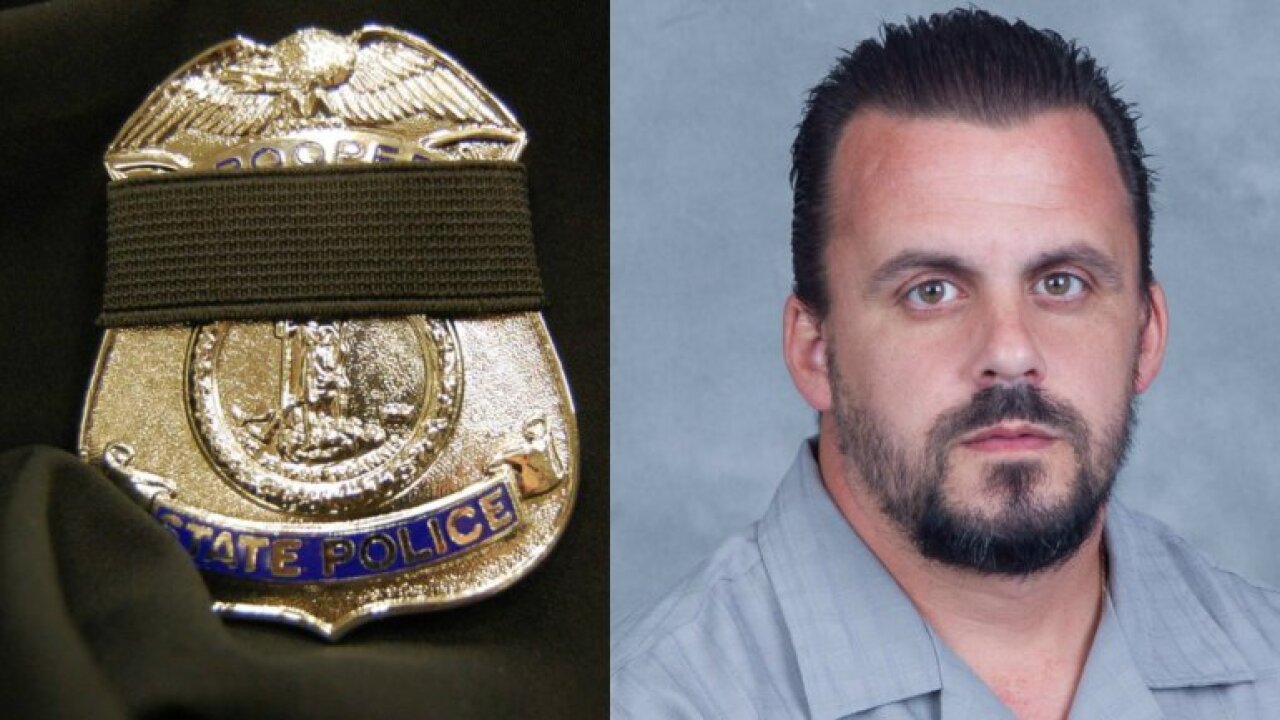 Both Walter’s visitation and funeral will be held at Powhatan High School.

A reception at the school will take place following the service, CBS 6 reports.

Walter was fatally shot last Friday in Richmond’s Mosby Court last Friday while he was partnered with a Richmond police officer.

Walter, who died several hours later at VCU Medical Center, is survived by his a wife and three children.

One of the vigils held to honor Walter’s memory saw hundreds gathered outside the Virginia State Police Academy Wednesday evening.

“Mike did everything right, he had total control of the situation,” said Richmond Police Officer Chris Duane.

Officer Duane was the officer on patrol with Walter that Friday evening that he was shot.

Investigators said Walter went over the passenger’s side of the vehicle when police said the suspect shot the special agent.

“When the shot rang out that took Mike’s life, him and I were literally physically shoulder to shoulder and I know the only reason I’m here right now being able to talk to you guys is because Mike is the one that took that shot,” he said.

Walter was one of Officer Duane’s best friends.

“One of the best guys I’ve ever known and I feel privileged that I was able to spend, able to be with him his last few moments here,” said Officer Duane.

Later on in the evening, hundreds filled the area outside to continue to honor Walter and share their memories.

“I’ve never met a person with a bigger heart than Mike,” said another Blackhawk Gym member.

The loss has hit the community hard, but those at the vigil promised to continue to carry on his legacy at Blackhawk Gym and in Powhatan County.

“We have some big shoes to fill; no one can replace Mike Walter here in this community,” said one speaker.

How you can help

If you would like to make a donation in Walter’s memory, you can mail a check to the state police emergency relief fund in his name: