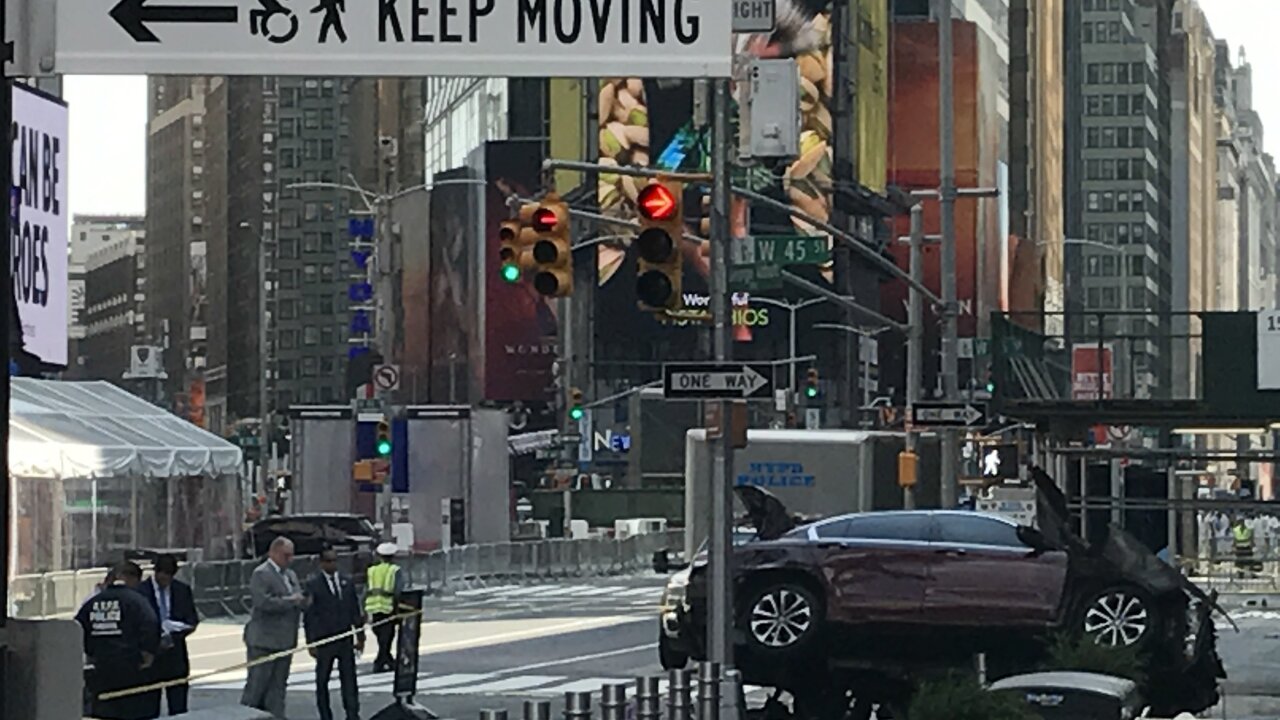 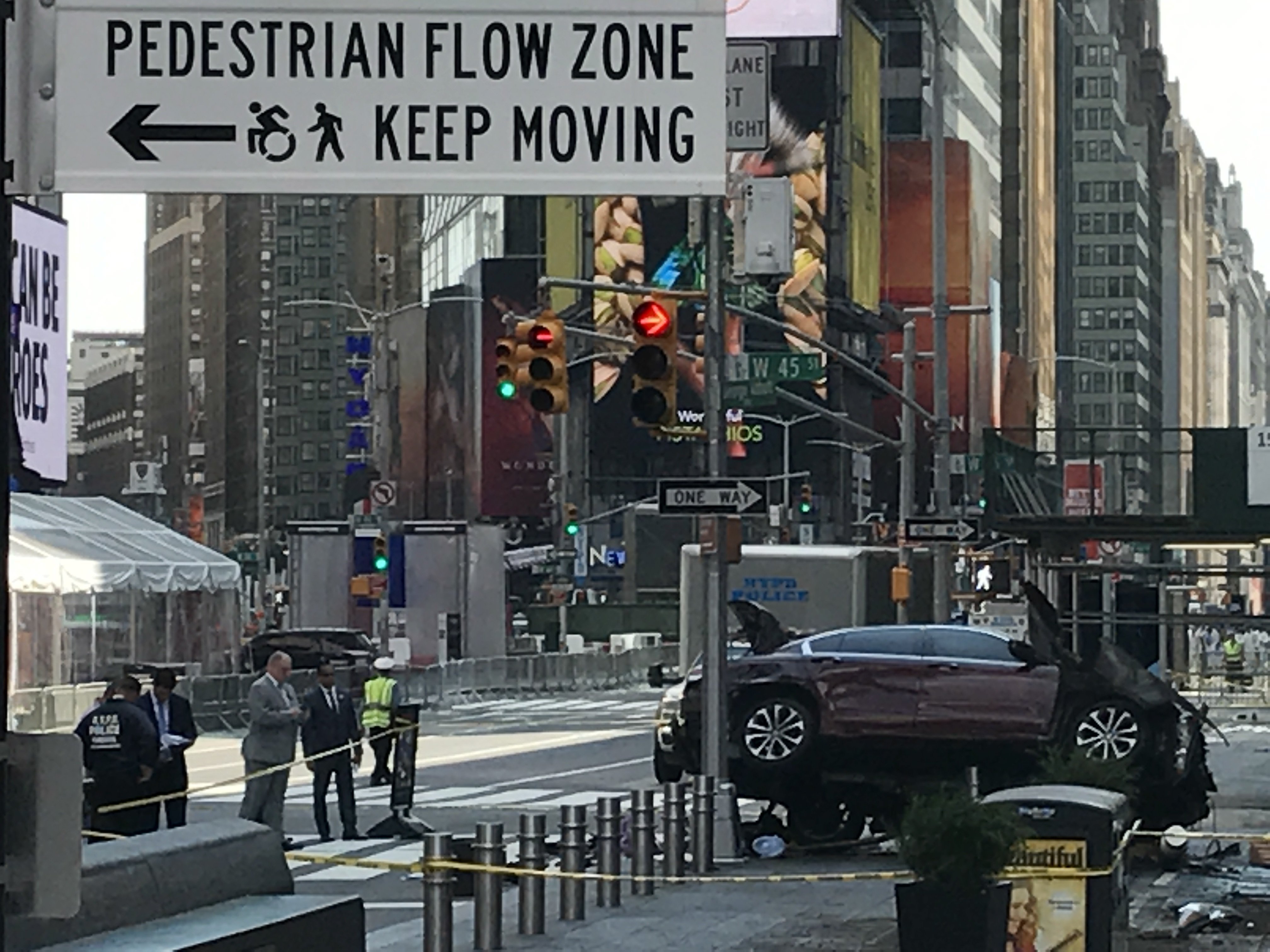 Charles Guerin was making his daily trip through Times Square on Thursday just before noon when he saw and heard a car speeding on the sidewalk and people screaming.

Guerin, generally an entertainment and celebrity photographer, grabbed the camera out of his backpack and ran toward the car, snapping photos all the while.

He assumed that the driver was still inside the vehicle, which was resting at an upended angle, smoke billowing from its hood.

It wasn’t until almost 20 minutes later, when Guerin looked at his photos on his computer, that he realized the suspect had been running toward him that whole time.

“Because I was shooting, I didn’t see him,” Guerin told CNN. “It was so fast.”

Guerin, a French photographer based in Brooklyn, captured the suspect leaping and running with his arms outstretched, and the fear on the faces of onlookers immediately after the car hit pedestrians in one of the city’s busiest spots. One woman was killed and at least 22 others injured.

The photos, one of which appeared on the cover of the New York Post on Friday, show a scene that looks less like a major tourist attraction and more like images from a violent action movie.

Behind the suspect, a man in a red shirt lies on the ground below the car, apparently injured. A woman with her face contorted in fear reaches for the young children nearby.

Police identified the suspect as Richard Rojas, 26, a resident of the Bronx with a history of drunken driving arrests. Rojas is accused of intentionally driving his vehicle into crowds of pedestrians in Times Square. He was arraigned Friday on one charge of murder in the second degree, 20 counts of attempted murder in the second degree, and five counts of vehicular homicide, according to the Manhattan District Attorney’s office.

Rojas later tested positive for the drug PCP and told police that God made him do it, a law enforcement source told CNN.

Rojas’ trail of destruction was stopped when his car slammed into a metal stanchion and caught fire.

Guerin’s series of photos begin at that point, as Rojas stepped out of the car and attempted to flee the scene.

Shortly after running toward the vehicle, Guerin saw a group of people across the street surrounding a man on the ground. At that point, Guerin said he realized this was an incident similar to the vehicle-involved attacks in his native France.

So he ran toward them with his camera ready.

“I started to shoot (pictures of) the guy on the floor and I realized he was the guy from the car,” Guerin said.

Those photos show Rojas being detained in a ripped T-shirt and blue jeans. In one image, Rojas appears to stare into the camera’s lens, his eyes wide.

Speaking on Friday, Guerin said it took him a while to understand the gravity of the situation.

“I was not afraid the whole time because I was doing my job,” he said.

Guerin visited Times Square again on Friday, something he often does when he has no immediate photo assignments. He said he feels lucky to be able to do so.

“If I was on the other side of the sidewalk, maybe I would have been (hit) by the car,” he said. “Of course I’m lucky to be here.”