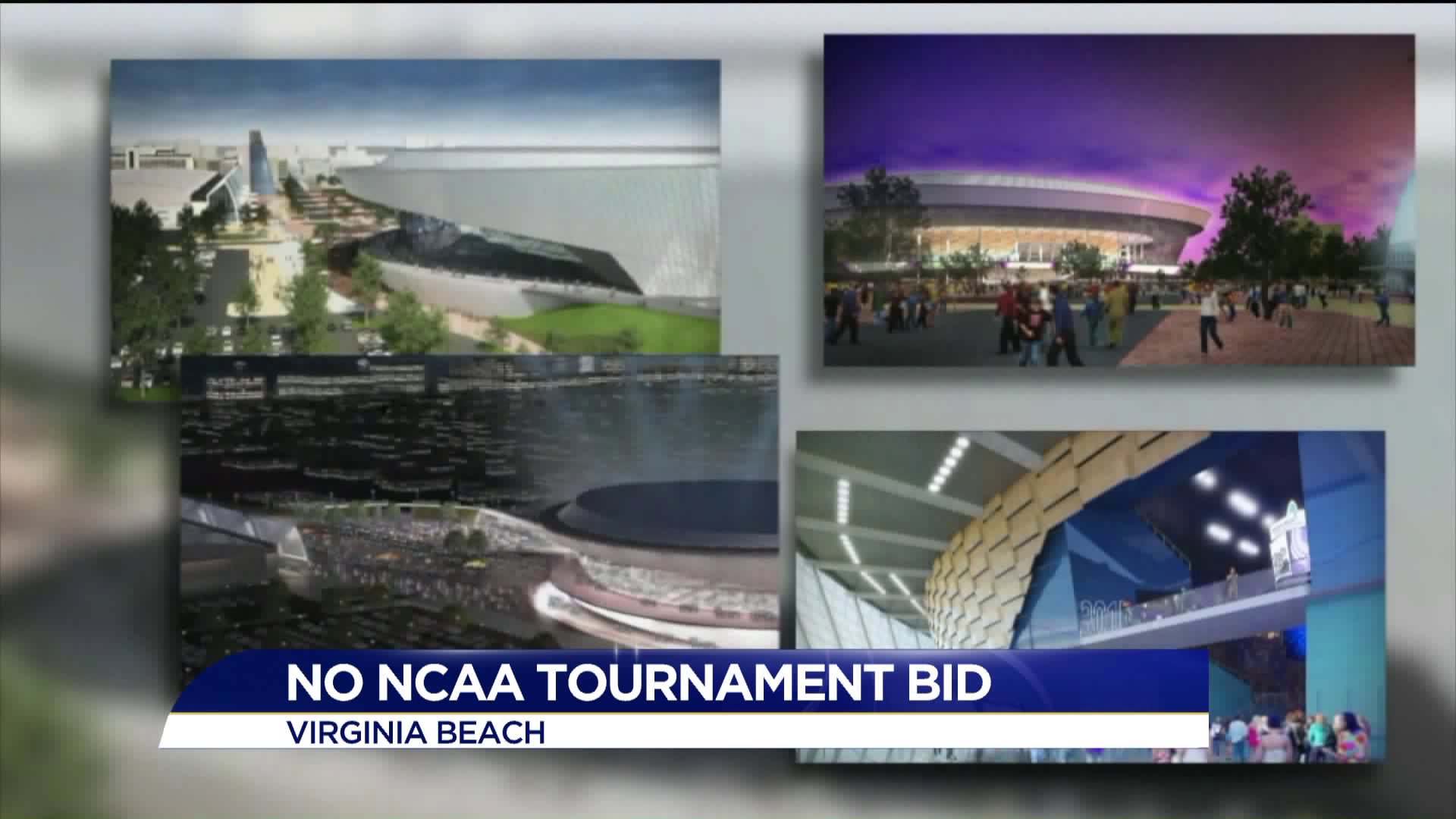 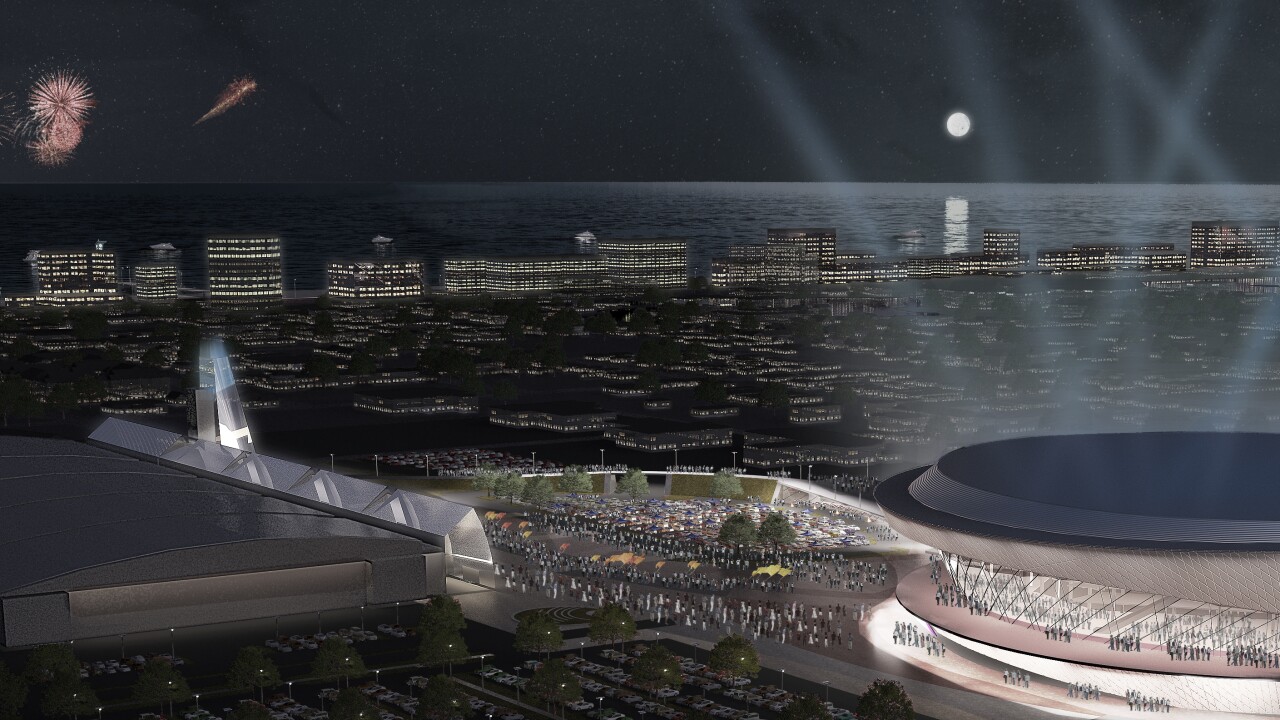 VIRGINIA BEACH, Va. - The city's new planned arena won't be hosting NCAA March Madness through 2022, according to the NCAA. Officials announced more than 600 sites to host games from 2017 through 2022, but Virginia Beach isn't on the list.

The developer of the arena, United States Management LLC, didn't submit a bid for hosting, according to developer spokesman Joel Rubin.

“Picture March Madness two years from now,” Sessoms said during his State of the City speech in March. “Wouldn’t it be amazing to have this happening right across the street at our new Virginia Beach Arena?” Sessoms says he meant the comment to pump the crowd up, and understands the process could take years. "If anyone doesn't know that I'm excited about this arena, then they haven't been watching the news very carefully," Sessoms said Wednesday.

Rubin said it's too soon for the developer to bid on hosting tournaments as they are still focused on the design of the arena, as well as closing the loan. The developers are interested in hosting conference tournaments as well in the future, possibly like the ACC tournament or MEAC tournament, Rubin said. AEG, the arena operator, would help them in the process further down the road, he said.

The developer hopes to close on a loan this summer and break ground after that.