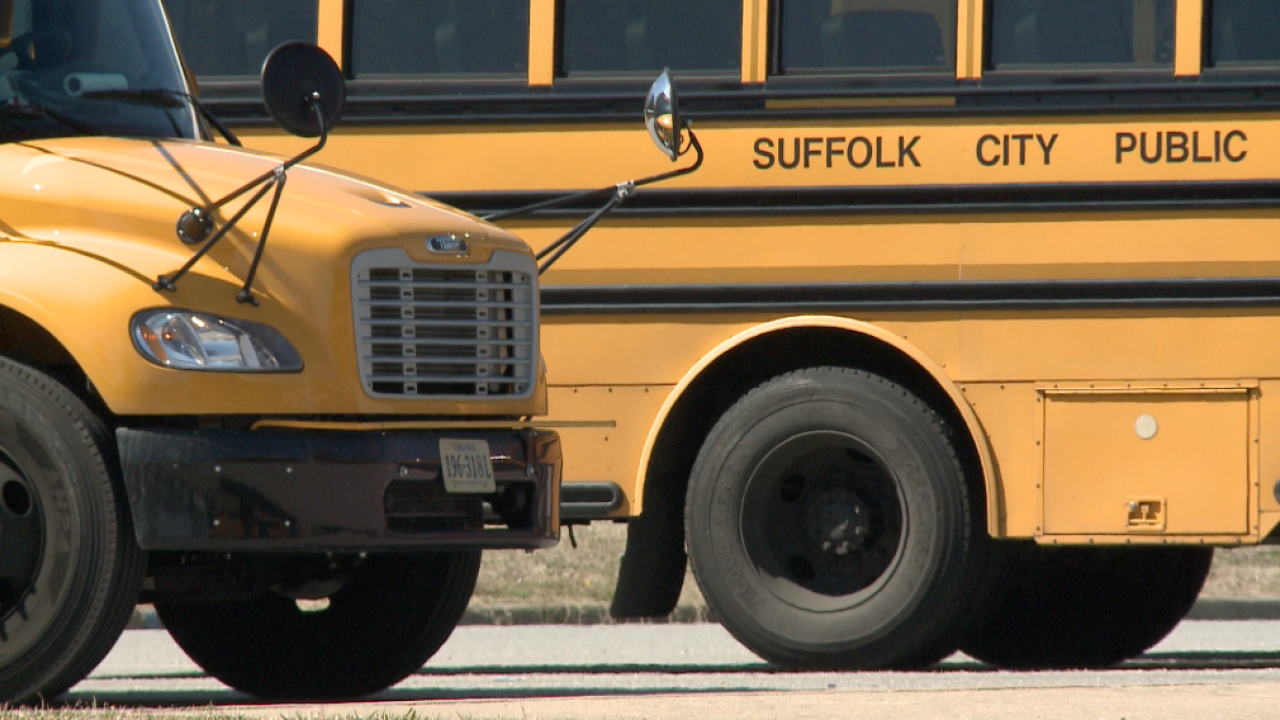 SUFFOLK, Va. – Suffolk Public Schools announced Wednesday that there may be a higher number of bus driver absences on Friday.

The announcement said the absences will likely create an increased number of late buses.

In order to prepare parents the message was sent and it asks for people to drive their kids to school and pick them up if possible.

Parents are asked to wait at the bus stop with their children if they can as well until the bus arrives.

Earlier in March News 3 investigated when Suffolk teachers threatened to quit after they found out the Superintendent had gotten significant raises.

They argued that the budget wasn’t fair.

One Suffolk parent said her son was lost for over two hours on a bus. She feels he was a victim of the budget crisis.

The school did not say the absences are related to budget concerns.