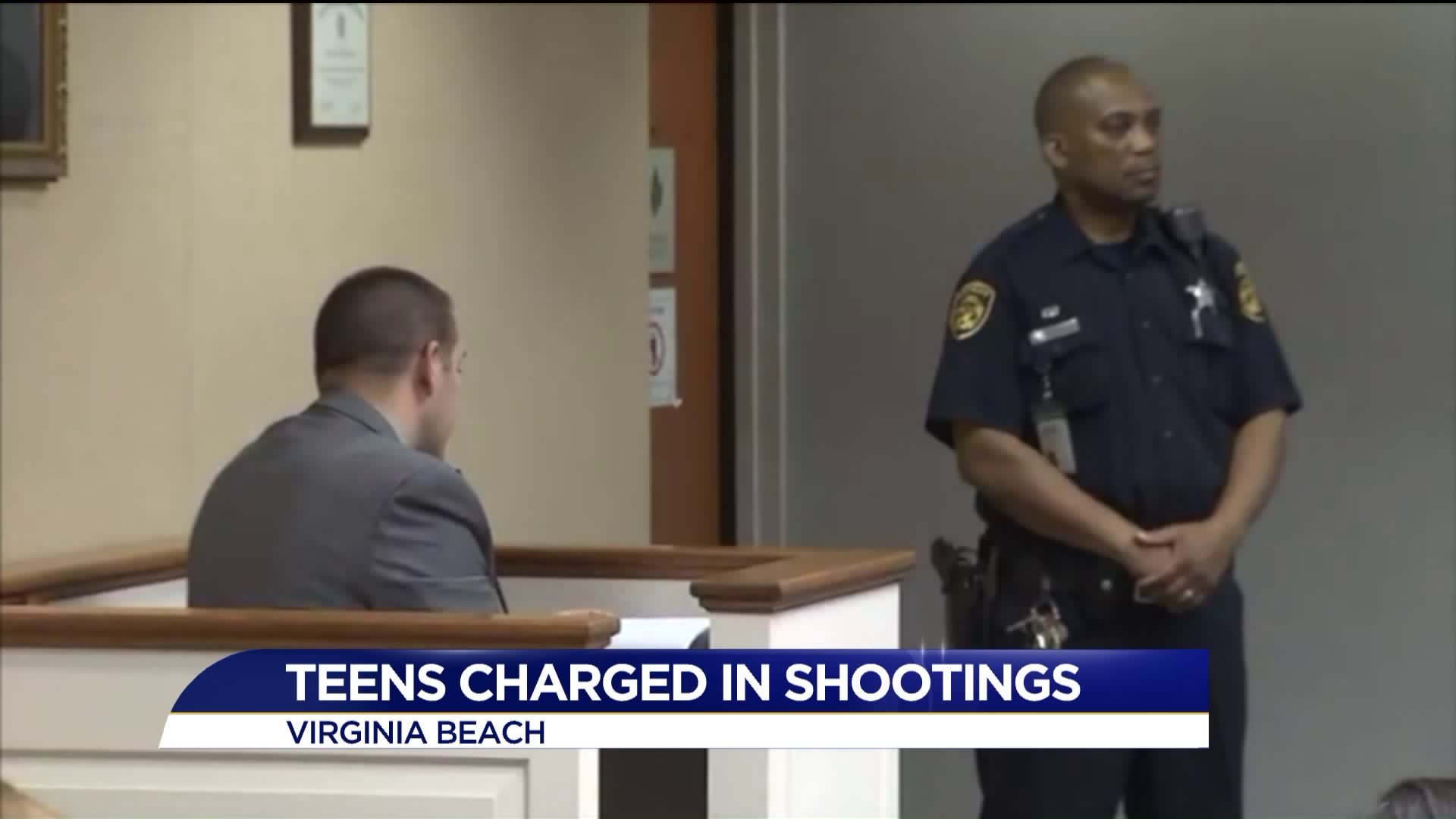 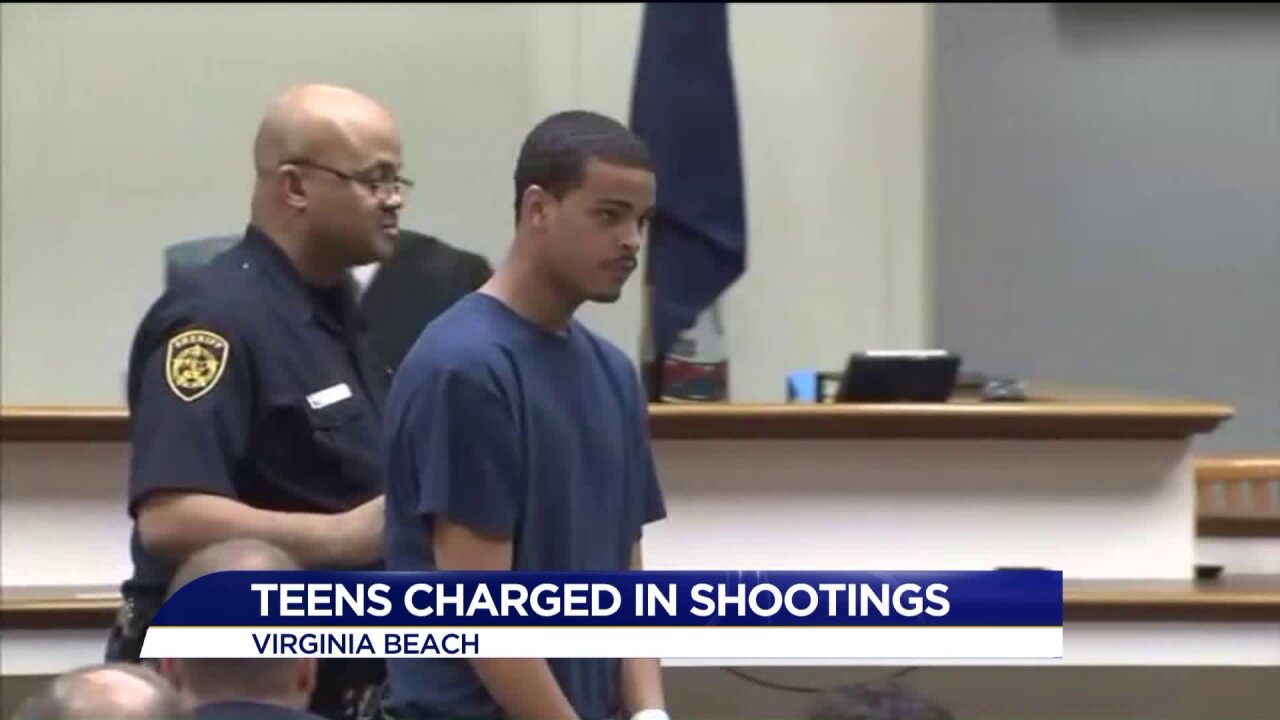 VIRGINIA BEACH, Va. - Antonio Worlds and Nicolas Cates did not show emotion or say a word in a Virginia Beach Courtroom Tuesday morning.

The two men, stared straight ahead or at their handcuffs while witnesses and a detective talked about the series of shootings that terrified the city over the course of two weeks.

Both Cates and Worlds will be treated as adults as they maneuver through the court system.

According to police, Cates, Worlds and 19-year-old, Maurice Boney, played a role a role in seven shootings between November 29 and December 7.

Two people were killed and several more were injured in the shootings. Both Cates and Worlds were teenagers when the shootings occurred.

During a preliminary hearing in a Juvenile Domestic Relations courtroom, Cates' alleged involvement in the Dec. 2 Hawk Avenue homicide was discussed at length.

Zacarias Aguilar-Ayala was killed in the shooting.

Cates was charged with First Degree Murder, but after hearing a Detective testify in court the judge decided to dismiss the charge saying the Commonwealth's Attorney did not prove Cates' involvement.

During his preliminary hearing the Commonwealth focused on the Hawk Avenue homicide and the December 7 shootings on Old Club House Road and Dunberry Court.

Witnesses and a detective took the stand and spoke about getting shot or watching those they live with get shot.

Worlds faces two First Degree Murder charges as well as one count of Use of a Firearm in Commission of a Felony.

Cates' indictment was returned as a true bill on June 19. His next court appearance will be July 17.

Teenager charged with murder faces a judge for preliminary hearing