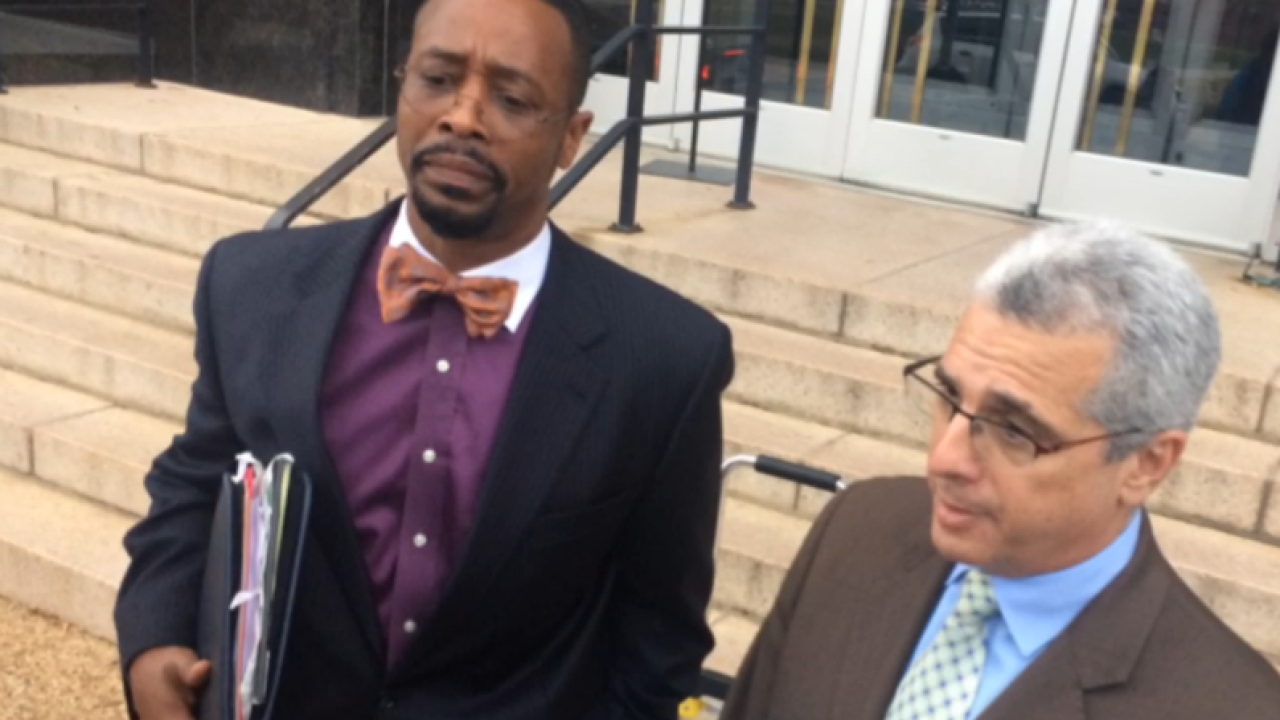 The suspension will be effective Monday, Feb. 20 at 5 p.m.

Anthony Burfoot has refused to step down since he was found guilty on federal charges. Burfoot told News 3 he will not step down because he is innocent.

Those leading the efforts to get Burfoot removed from his position as treasurer went in front of Judge Martin Wednesday to make their argument. Wednesday's hearing was supposed to take place in March but was moved up twice.

Ron Batliner, who said he’s running for Commonwealth’s Attorney in Norfolk, took legal action and filed the proper paperwork after Burfoot was found guilty of four counts of political corruption and two counts of perjury in December.

The petition states at a minimum, Burfoot should be suspended from his elected position.

The city council also passed a resolution asking for Burfoot to step down and put support behind Batliner's efforts.

Andrew Sacks, Burfoot’s attorney, says it is too early to suspend Burfoot.

Sacks said under Virginia law, Burfoot has right to remain in office until all appeals are exhausted.

Sacks said he plans to file an emergency appeal to the Supreme Court of Virginia.

In another effort to get rid of Burfoot, there is also a recall effort led by a group of citizens. A judge in that case ruled that a decision should be made after Burfoot is sentenced on April 17. The group of citizens collected thousands of signatures throughout Hampton Roads.

There is also currently an effort by lawmakers in the state to change the laws when it comes to elected officials being convicted of crimes.