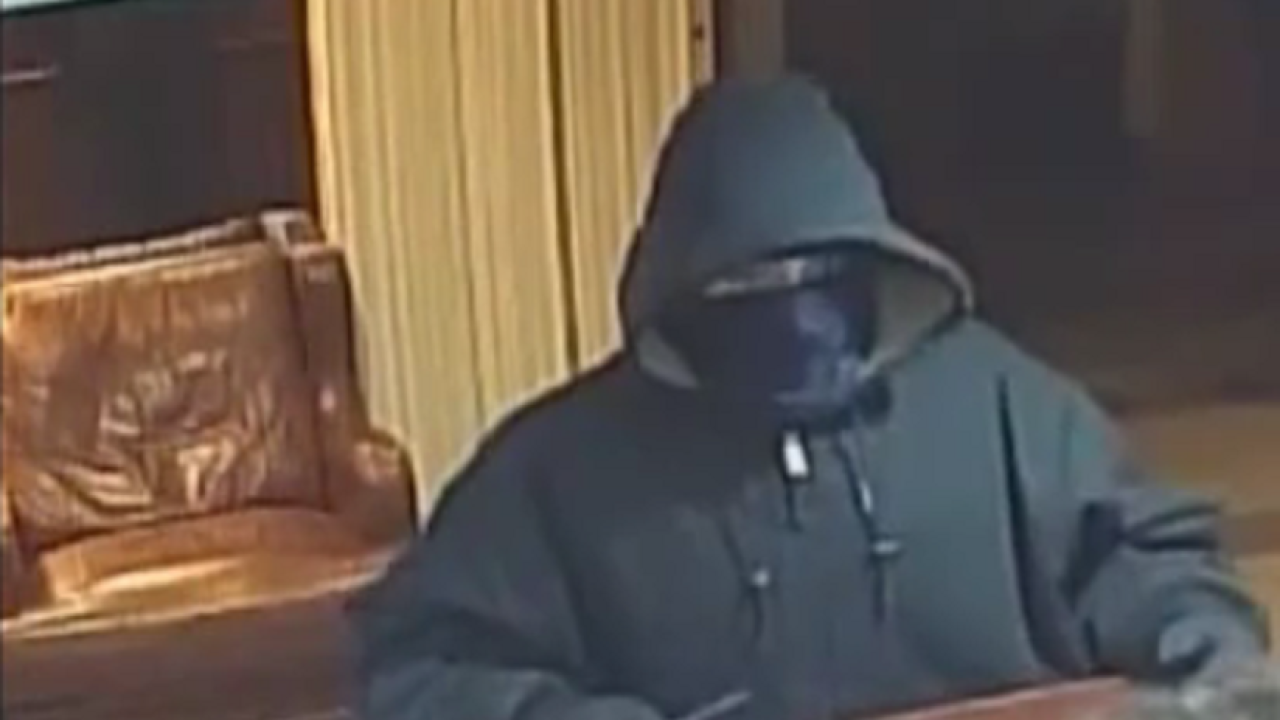 Officers arrived at 4:07 a.m. and were told by an employee that he had been robbed by a masked man with a knife.

The employee was working in a back office when the suspect rang the doorbell at the front entrance.

The clerk pushed the button to open the door and the masked suspect, believed to be a white male, entered the hotel lobby armed with a knife and confronted the employee at the front desk. He demanded ‘Give me all the money’ and took an undisclosed amount of cash before fleeing out the back door toward Jefferson Avenue.

Police say the suspect is believed to be the same suspect in several other recent hotel robberies in Newport News and York County.