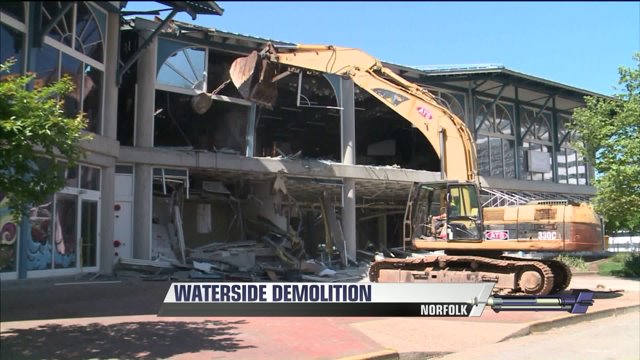 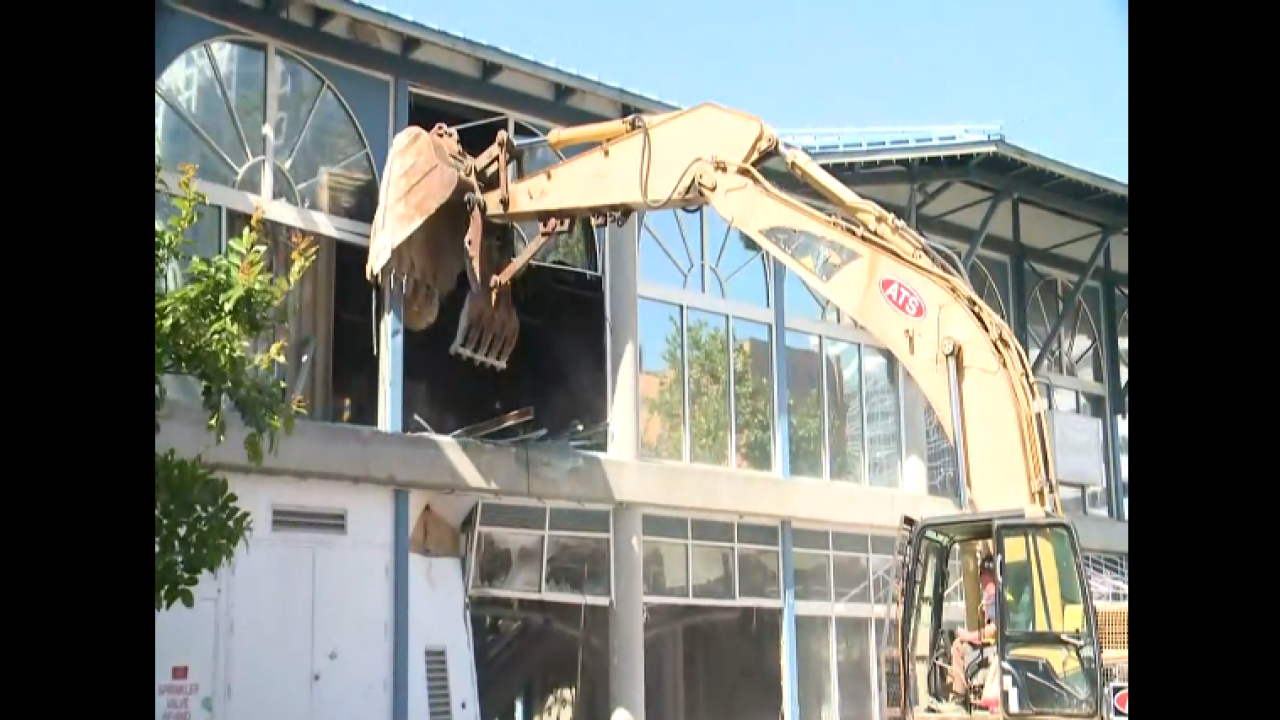 NORFOLK, Va. - Crews began demolishing the exterior of the Waterside annex building on Monday morning, a major milestone in the evolution of the new Waterside District.

The annex building was added to the original Waterside building in the 1990s.  Demolition will take place over the next two weeks, paving the way for work to begin on the new Waterside District.

The Cordish Company is spending $40 million to overhaul Waterside and create a new space for dining and entertainment.

"This is gratifying to know it's moving forward.  The tenants will come from nationally known businesses as well as from local companies, create about 800 jobs, bring more life down to the waterfront, we're going to rebuild the marina, I mean thank goodness we're moving forward," said Mayor Paul Fraim.

Businesses in the area say they're excited to see the progress.

The new Waterside District is set to open in Spring 2017.

The revitalized Waterside area will be called…