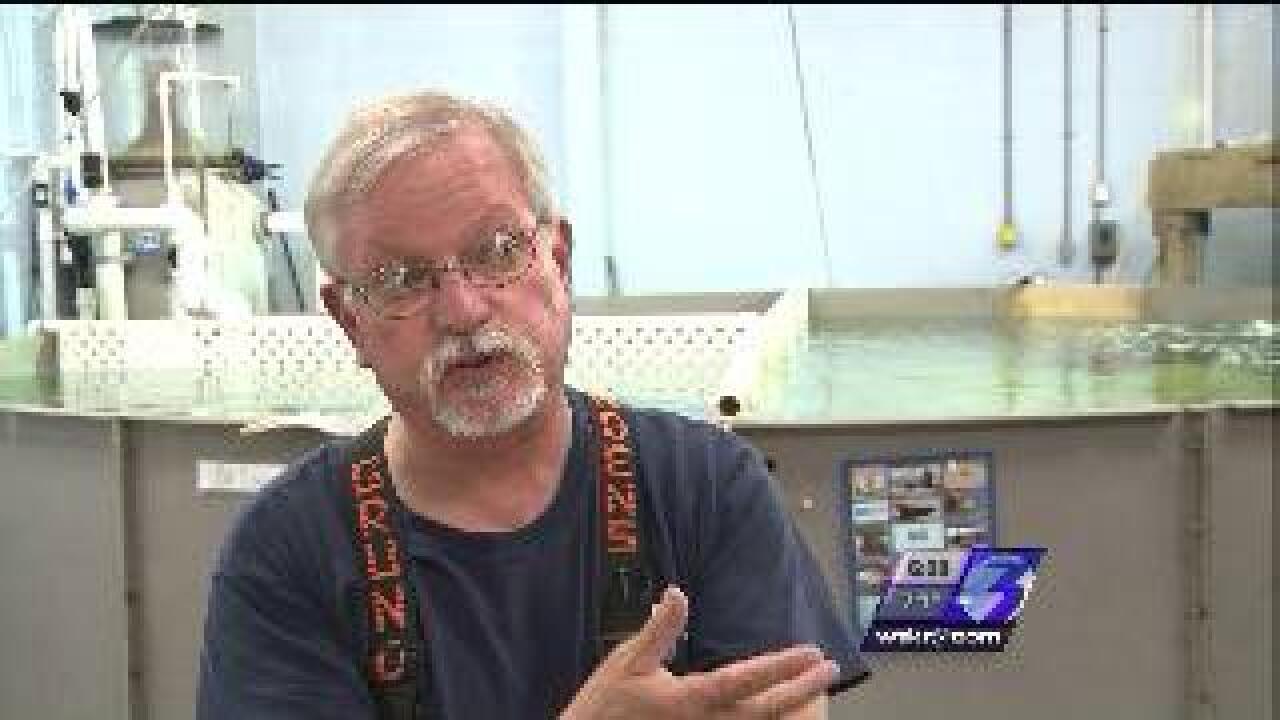 Charlie Potter, the Collection Manager of Marine Mammals at the Smithsonian, arrived in Virginia Beach on Monday.

He'll assist the Stranding Response Team with performing necropsies on the 100 dolphins that have washed up in Virginia so far this year.

"We are harvesting tissue - various tissue and making observations on the various carcasses that are brought in," Potter explained. "We look at the external characteristics of the animal. We look at the body condition. Is the animal robust? Or is it perhaps emaciated?"

Read more about the unusually high number of dolphins washing up dead in Virginia here and here.

Potter is no stranger to dealing with mass dolphin strandings. He came to Virginia Beach during the summer of 1987 when more than 750 bottlenosed dolphins washed up along the East Coast.

"During our time in Virginia Beach, we necropsied just shy of 300 animals in 4 months," Potter explained. "There's a lot of concern that this could be a morbillivirus event - a repeat of what we saw in '87."

Potter says tests will help confirm what is causing the dolphin deaths, but if it is another morbillivirus event, that could be because it's been so long since the 1987 strandings.

"In the pursuing years, we've gone through a couple of generations of dolphins. So now we have a brand new generation of dolphins who have grown up without being affected by this," Potter explained. "In effect this is a new bug to them."

The Virginia Aquarium Stranding Response Team stresses that if you find a dolphin on the beach, don’t touch it, but immediately call them.

Dolphin deaths in Virginia jump to 100

Stranding team to recover dolphin that washed ashore in Norfolk

Another dolphin washes up on Ocean View Beach