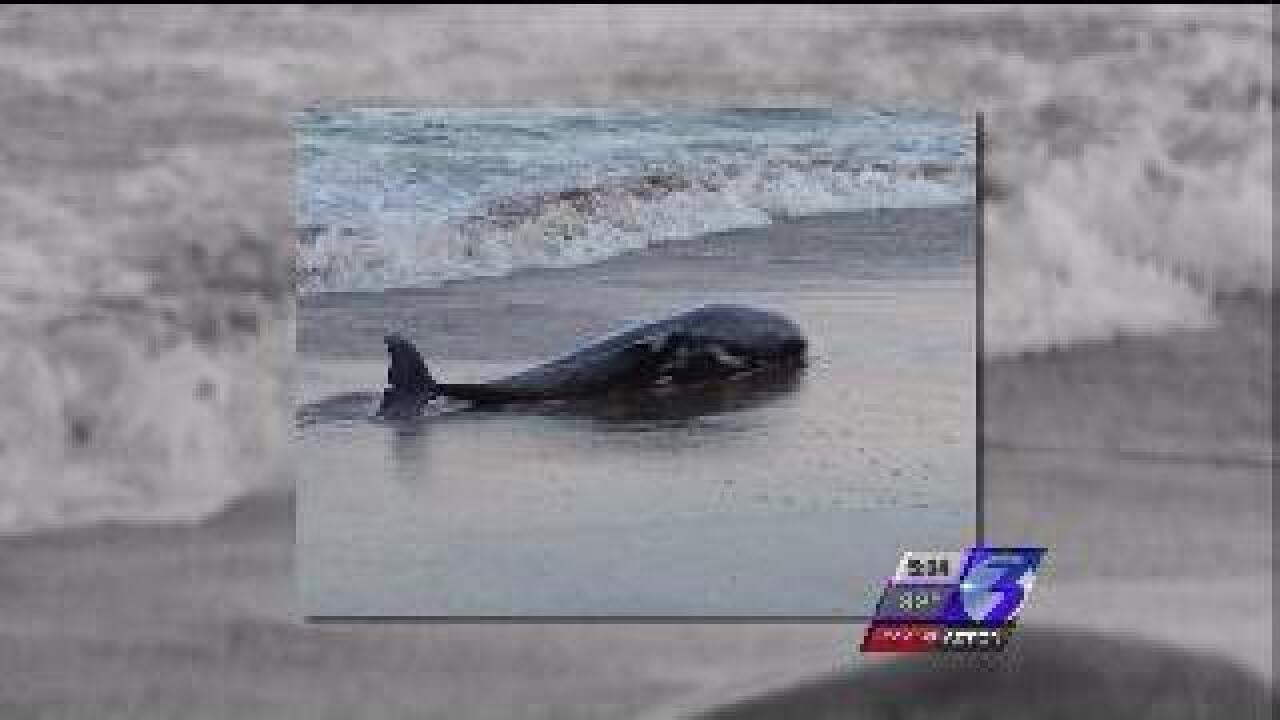 Update: 5 more dead dolphins wash up in Virginia; Total now at 87 for the year

Virginia Beach, Va. - Dead dolphins washed up on beaches in Virginia at an alarming rate in July.

"An average year for us is about 65 dolphin stranding for the whole year, so we are quite far ahead of that pace," Swingle explained. "If you go back 10 years, the average number of dolphins in a July would be about 6 or 7."

Right now, researchers are trying to figure out how and why the dolphins are dying, but initial examinations suggest it's not from typical human interactions like boat propellers or fishing nets.

"This has not been that way. These animals don't appear to have been involved in human activities, at least on cursory examination," Swingle said.

The Virginia Aquarium and Marine Science Center is hoping testing of samples of tissue they are collecting from the dolphins may shed light on what's happening.

"That we hope will tell us more information," Swingle explained. "So we'll have tissue samples and things that can be tested for pathology, disease and whether they've been exposed to toxic substances."

Swingle says the dolphins that have washed up are of all different sizes and ages. The only similarities seem to be that most are male and most have been found in the Chesapeake Bay.

The Virginia Aquarium Stranding Response team is working with other coastal states to see if there are any similar trends happening elsewhere.

They stress that if you find a dolphin on the beach, don't touch it, but immediately call the Stranding Response Team.