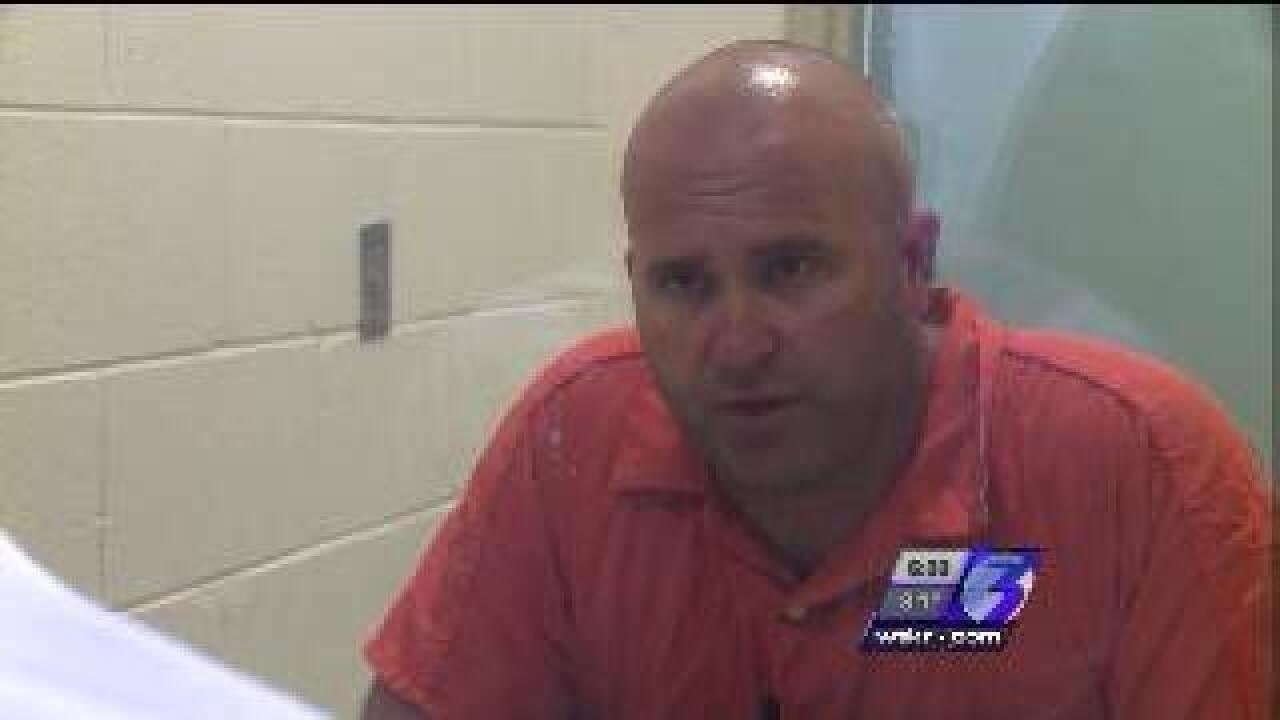 The Ft. Eustis staff sergeant and his mistress are both charged in the murder of his wife, 42-year-old Dana Patterson Mackay.

John Mackay told NewsChannel 3's Reed Andrews that he did not think Nicole Michelle Houchin, his mistress, would go through with it. When he learned that his wife was dead, he was "shocked, horrified, saddened."

John talked about how he and Nicole had planned to kill his wife, Dana:

"In a fantasy world, yes, we talked about it, but we never thought to make it happen, no. We talked about different things like this and that, if this was to happen, who should do stuff like this."

Court documents reveal more about those conversations leading up to his wife's death.

On July 24th, Mackay wrote in an e-mail..."will her be gone before I get back?" and "I'll be forever in debt to you and will show you every day."

According to those court records, Mackay also told Houchin that entry could be made to his home through the rear garage door.

On July 27th, court records show that Mackey talked to Houchin on the phone, where she said, "it's done" and "there was a lot of screaming."

It happened on Saturday evening. Police responded to the 100 block of Teal Way in the Season’s Trace area of James City County after the woman’s neighbor found her dead inside her home.

According to the criminal complaint filed against Nicole Houchin, a neighbor went to check on Dana Mackay at her mother's request. After walking through the back door, she found Mackay's naked body lying in the bedroom, with multiple stab wounds to her face, and a finger cut off, laying beside her hand. In her other hand, was what appeared to be medium length blond hair.

Mackay and Houchin met in March while working at the AutoZone in Williamsburg...it was a second job for the 16-year Army soldier on the weekends.

Dana Mackay knew about the affair between her husband and Houchin, NewsChannel 3 has learned. John says Dana blackmailed him into staying with her.

John Mackay says he did not anticipate that Nicole would go through with murdering Dana.

Mackay and Houchin are now in the Virginia Peninsula Jail without bond, charged with conspiracy to commit murder and first degree murder.