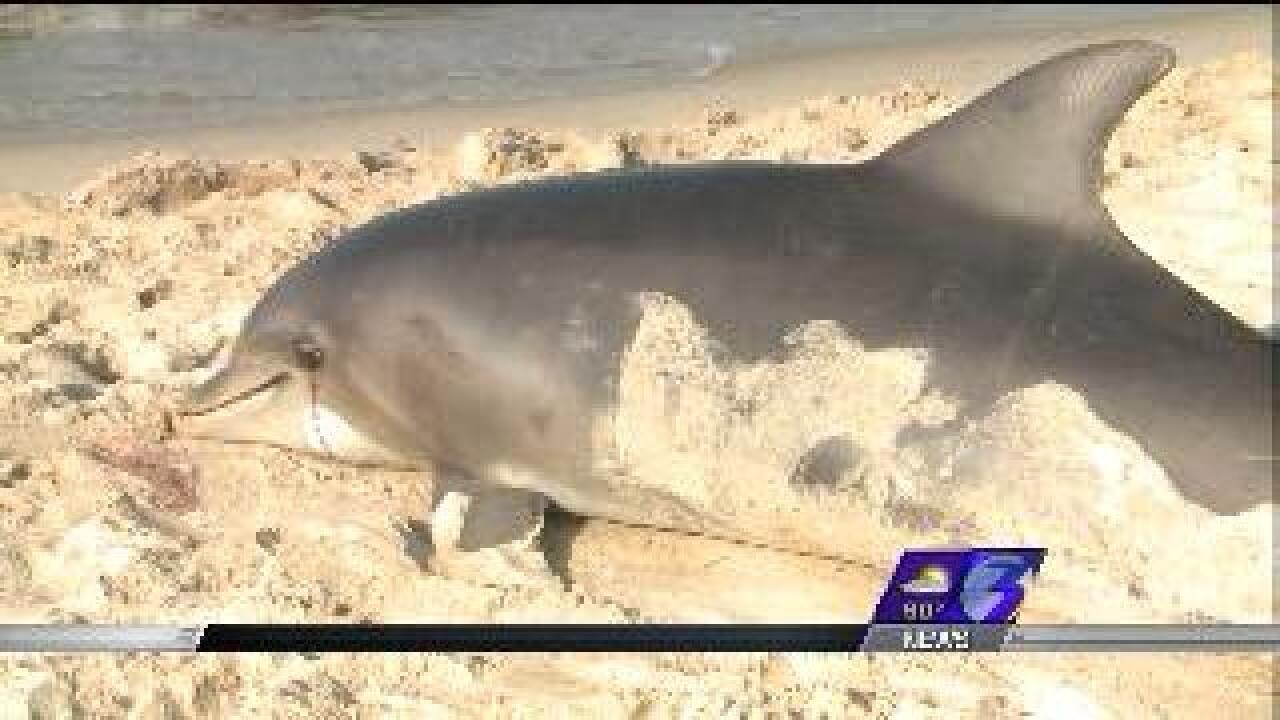 Norfolk, Va. - Many beachgoers say they've never see anything like it before. A dead dolphin was found on the beach along east Ocean View Avenue in Norfolk on Wednesday.

A couple of guys say they first saw something floating in the water so they swam out to investigate.

“We saw some blood gushing so we were scared that some sharks might come, so we just pulled it in,” one of the men told NewsChannel 3.

According to the Virginia Aquarium stranding response team, something like this is not uncommon at all.

“We get approximately 100 marine mammals strandings per year, about 60 of those are bottle nose dolphins," says Kristy Phillips, a stranding technician for the Virginia Aquarium.

She says they picked the dolphin up early Thursday morning.

They'll do several tests to figure out how the dolphin died.

“There are some threats to them out there obviously just natural disease, age, but also they can become entangled in nets and usually when that happens, we'll find marks on them,” says Phillips.

By looking at the body, Phillips says they haven't found any of those markings on this dolphin.

But they'll also do a necropsy to look internally.

In the meantime, Phillips says if you see an animal out in the water, don't pull it in without calling the Virginia Aquarium first.

That's because not only is it dangerous to touch these animals, it's also illegal.

"These animals are a protected species. They're protected under the Marine Mammal Protection Act. But I would not recommend touching them because they are wild animals and so they can carry diseases which can be transmitted to us,” says Phillips.

The Virginia Aquarium Stranding Response team is a non profit organization funded mainly through donations. The team responds to a number of stranded marine mammals including dolphins, whales, seals and sea turtles. If you see one of these animals, dead or alive, call them at (757) 385-7575.