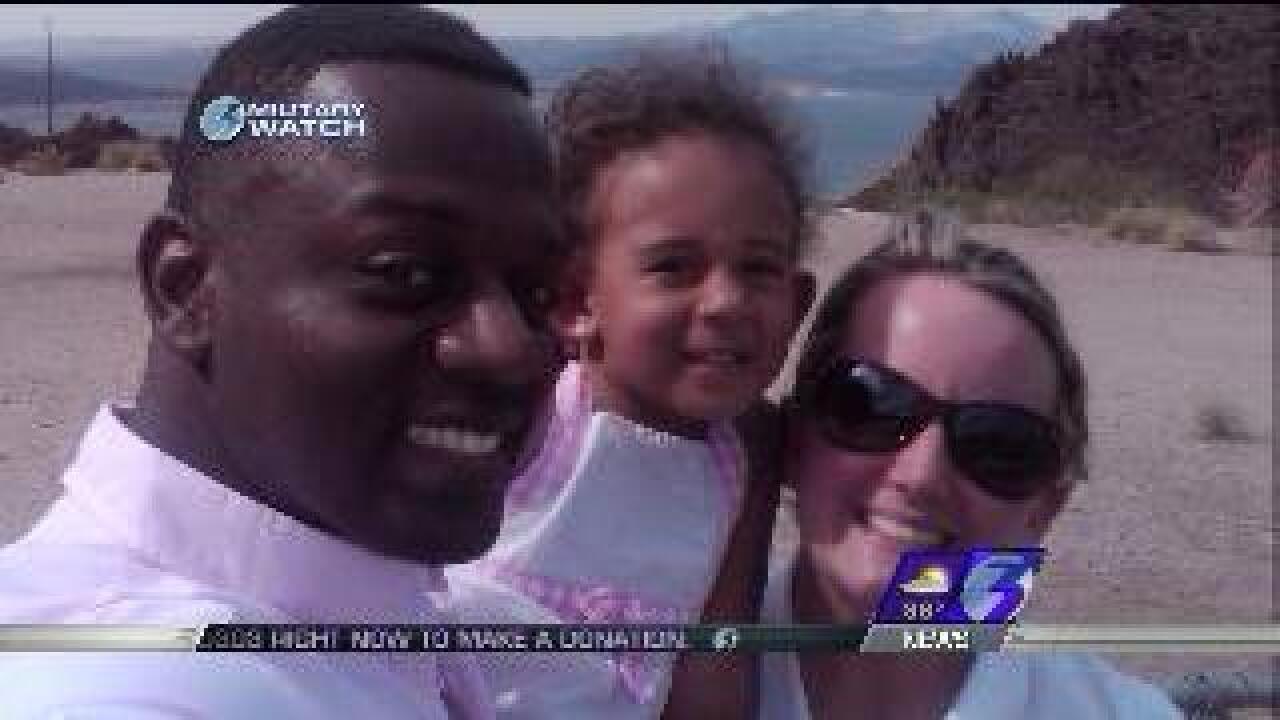 Newport News, Va. - A veteran's wife is taking action to help other families dealing with PTSD.

They began as memories of war he just couldn't shake.

“The base was attacked,” said Michael Fulson, talking about his last deployment in Afghanistan while serving in the Air Force.

“There was mortar fire inbound and outbound; you hear explosions, gunfire, that was the first time I was really truly scared that I might not be coming home.”

It was when he got home from deployment, that those fears started turning his mind against him.

“I remember the paranoia, looking out the window all the time,” said Michael. “I would think I see people following me. I had thoughts that just don`t make any sense at all.”

The former airman served for 15 years through four deployments, never fully realizing the demons eating away at his mind, until after he left the military leaving his new wife, Amy, alone to pick up the pieces of who he used to be.

“He felt like he didn`t come home, that he died over there, and it was only his body that came back,” said Amy.

Michael's severe symptoms consumed the couple's time, leaving them jobless and bankrupt, with their marriage in shambles.

“To be honest, I thought it was me,” said Amy. “I thought he didn`t want us to be together anymore.”

“My wife was sitting here on the couch, crying, begging me to go to hospital,” said Michael. “Through that fog I was in, I recognized that I was going to lose my wife, going to lose my marriage.”

Michael checked into intensive inpatient therapy, but lots of questions remained for Amy.

She didn't know of any place she could turn to for advice and help.

“How do you fix someone`s mind when it's broken?” said Amy. “I went online, I went searching, and started seeing that I wasn't alone.”

Through Facebook, Amy found an outlet with other military wives just like her, struggling to bring their loved ones out of the darkness.

“Everybody's story is different, but there is always a connection,” said Amy.

She even created her own page, called Wives of PTSD Vets.

Navigating the ins and outs, with the tricks and tips, that made life livable for her family.

“There are days it’s hard to share what we have gone through because you’re afraid of being judged,” said Amy. “It’s like pulling a scab off, and letting it bleed again.”

In the end, her online experience ended up being a therapy of its own, leading Amy to think about branching out.

“It kind of shocked me, that in such a large veteran and military area, that there is nothing for spouses,” said Amy.

So this spouse plans to fill that service gap by starting the first ever PTSD family support group in Hampton Roads.

One for the Peninsula, and one for the Southside, they will meet once a month, for two hours hoping to eventually bring a psychologist on board.

“It will be a place where we can come and share our experiences, share what we have been through, what we are going through,” said Amy, who hopes her family's success can be the rallying cry for others just starting out in their battle against PTSD.

“If we can help another couple avoid some of the pitfalls that we have, than this isn't in vain.”

Amy is still looking for a business, community group or place of worship that is willing to donate space for the PTSD family group to meet.

So if you are interested in helping, or you want to join the group, here is Amy’s contact information: