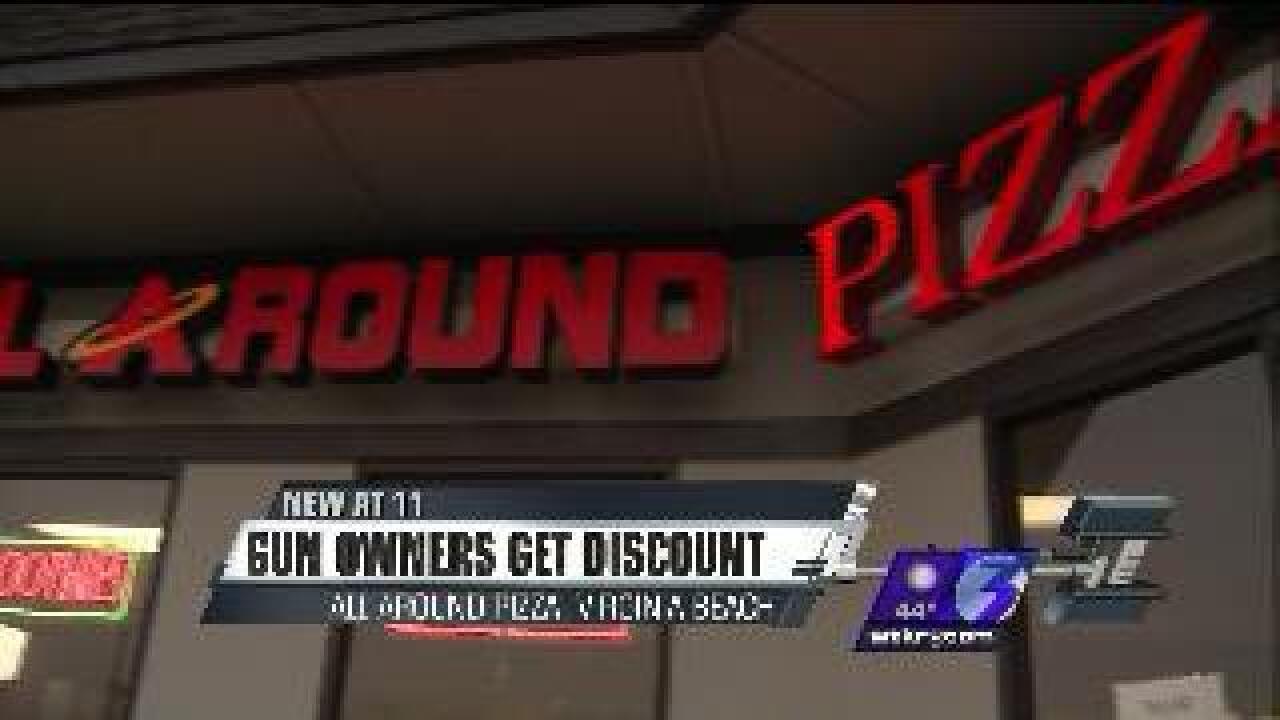 Virginia Beach, Va. - Slice by slice, one Virginia Beach pizza shop is showing its support for the Second Amendment by offering fifteen percent off pies to gun owners.

"All they have to do is show me that they're carrying a weapon or they can show me their concealed weapons permit and they can get the discount," says All Around Pizza owner, Jay Laze.

"I thought it was a great idea and I was wondering why nobody here was doing it,” he says. “It should be happening all around the country."

So far, Laze says the response has been great. Brendan Kelly openly carries his handgun and says it's nice to see a business appreciate customers like him.

"It’s part of our rights as Americans and everybody should be entitled to the option if they want to, so it's nice to have an incentive,” Kelly says.

Laze openly carries himself, and his support for gun ownership is incorporated throughout his business.

"I actually hire delivery drivers that do carry openly,” he says.

At the very least, he hopes his offer will get people talking.

Kelly says more businesses should follow in All Around Pizza’s footsteps.

"It’s has to start somewhere,” Kelly says. “You know a local pizza shop, a yogurt shop, whatever. It could be the beginning of something larger."