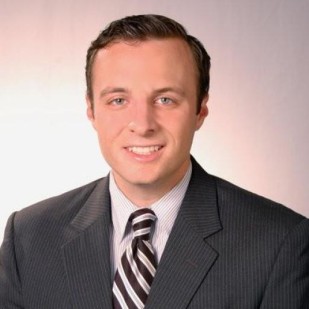 Reed joined the News Channel 3 team in June 2010 as a general assignment reporter. Since then, he’s covered a wide array of stories across Hampton Roads and northeast North Carolina. Reed says the best things about his job are that he learns something new every day, each shift is different, and he gets to meet so many interesting people. His favorite stories are those that exemplify the station’s motto–“Taking Action, Getting Results”–by helping viewers. Any story on the beach finishes a close second.

Reed grew up in Great Falls, Virginia. After a six-year sabbatical in Upstate New York, he is ecstatic to return to his home state.

Before returning to Virginia, Reed worked at WBNG-TV in Binghamton, New York. He reported on important economic issues affecting that area, focusing on the debate over natural gas drilling.

Reed attended Syracuse University, graduating with a dual degree in broadcast journalism and political science and a minor in geography. As a second generation Orange fan, rooting for Syracuse basketball is in his genes.

In his free time, Reed works out, trains for marathons, and enjoys reading at the beach. He’s a fanatic follower of HBO’s “The Wire” and loves going to baseball games and trying new restaurants.