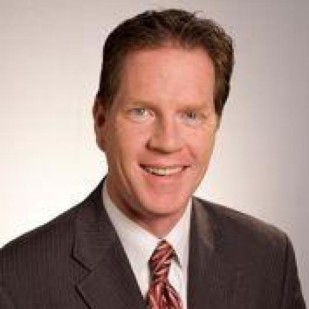 Mike Mather is an Emmy-winning and Murrow-winning investigative reporter.

In his 25-year career, he has reported nationally and internationally for NewsChannel 3, The Daily Press, The Virginian-Pilot, CBS News, and The New York Times. His stories have earned dozens of journalism awards, including a Pulitzer nomination.

-Proved Norfolk city leaders were not telling the full truth about the death of a police recruit. The city’s police chief later lost his job.

-Tracked down a murderous fugitive in Russia and secured the man’s return to the United States. He was convicted.

-Exposed a broken system that allowed a Norfolk auctioneer to repeatedly pocket clients’ money, without consequences. Mike’s story led to a state investigation and felony charges.

-Gained a pardon for a man wrongfully convicted of rape.

-Revealed how the FBI lost control of secret evidence in the Colonial Parkway serial murders, leading the agency to re-open the cases.

-Uncovered fatal mistakes in Virginia Beach’s foster-care system that led to the death of a child. The state launched an investigation because of Mike’s stories, and the director resigned.

Mike is one of the only journalists in the nation to graduate from a police academy and SWAT academy, where he got an inside look at how officers are selected and trained. He and his wife Elizabeth have four boys, including triplets. One of Mike’s triplets, Owen, has Cerebral Palsy. Mike helped found a charity running team in Virginia Beach dedicated to including disabled children in athletic events. Mike is also a volunteer instructor for Wintergreen Adaptive Sports, where he helps teach people with disabilities, including his son, to ski or snowboard.

Mike was born and raised in Virginia Beach but now lives in the Ghent section of Norfolk. He enjoys running, photography, snowboarding and volleyball, and he is a private pilot. He and several NewsChannel 3 colleagues sometimes pool their musical talents to play in a band. Mike plays guitar.