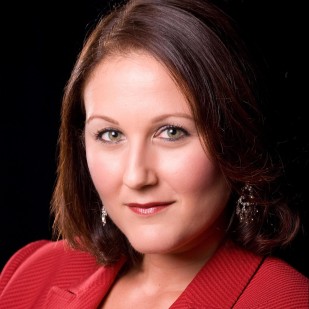 For several years, Laurie Simmons has been in front of the camera, reporting and anchoring all over the Southeast. Now, she is happy to bring her Emmy award-winning reporting to Hampton Roads, always ready to hit the streets for the next big story. Laurie joined Newschannel 3 in May of 2011.

Prior to landing in Norfolk, Laurie worked in Pensacola, Florida. During her time there, she covered several high profile stories, including the 2010 BP Oil Spill. Laurie was on the front lines of the crisis, reporting from the beaches, from the air, and from the seas. She also did several investigative reports on the potential health impacts, and kept BP’s feet to the fire by exposing the gaps in their clean-up process.

Laurie first started out on-air in Columbus, Georgia as a Political, Military and Crime Reporter. She got very involved in the Army community at Fort Benning while covering news on post, and extensively reported on the 2008 Presidential elections. During her time there, she also won two GABBY Awards from the Georgia Association of Broadcasters, both in the category of Best News Story.

Laurie is a graduate of American University in Washington, DC and member of the Delta Gamma Fraternity. When she’s not reporting the news, Laurie loves to spend time with family and friends, relax on the beach, or read a good book. She is an avid CrossFitter and also a big soccer fan, having played all her life growing up. A proud Army wife, she lives in Hampton with her husband Billy, and their dogs, Samson and Hercules.