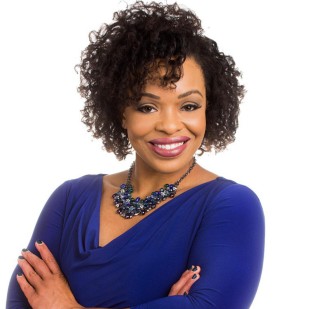 Laila Muhammad anchors NewsChannel 3 First at 4 and WGNT News at 7 p.m. and 10 p.m. She joined the evening team in June 2014 after 6 years as co-anchor of the morning newscasts and NewsChannel 3 at Noon.

Laila got her big break in TV working behind-the-scenes as a production assistant on the morning show at WFMY-TV in Greensboro, NC, while she waited for entry into graduate school. Laila then headed to Northwestern University’s Medill School of Journalism, where she received her Master of Science in Journalism. That experience gave Laila the opportunity to serve as a Washington Correspondent for KVIA in El Paso, TX, covering the Texas Congressional delegation on Capitol Hill. She was also a feature reporter for the Washington, D.C. news radio station WTOP 107.7 FM.

Prior to arriving in Norfolk, Laila was a reporter/anchor for WNCT-TV 9 in Greenville, NC. She covered everything from investigative reports to Hurricane Ophelia. Laila was also an adjunct professor at East Carolina University, where she taught at the School of Communication for two years.

Laila joined NewsChannel 3 in September 2007 as a reporter. Within her first week on the job, she made her debut on the anchor desk and became the permanent weekend morning anchor. A year later, she joined NewsChannel 3 This Morning. In August 2011, Laila helped launch WGNT News, extending morning local news coverage to four consecutive hours.

When Laila is not on camera, she is teaching aspiring journalists as an adjunct professor in the Scripps Howard School of Journalism and Communications at Hampton University. Laila loves mentoring and still believes the art of solid newsgathering, interviewing, factual and unbiased reporting, and compelling writing is what really matters most in newsrooms. Laila also enjoys assisting mentees in finding internships. She considers herself a former “super intern.” While pursuing her Bachelor of Arts in Communication and History from Salem College, Laila dedicated many unpaid, long hours to internships at places like the CBS Early Show, Best Damn Sports Show Period, FOX Sports West and her hometown radio station.

Laila feels right at home in Hampton Roads. She is an Army brat, raised in Fayetteville, NC. In her off time, you can usually find her in the gym. She is also a huge Duke basketball and NBA fan. Laila is an active member of the National Association of Black Journalists. She is full of southern hospitality, so feel free to e-mail Laila to say “Hi” or drop a story idea.