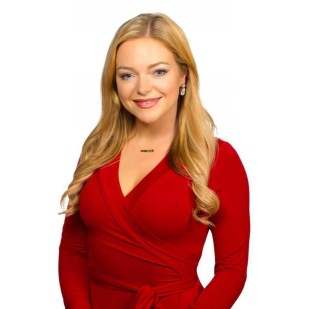 Merris was born and raised in Central Florida, where she grew up with a lot of pets, including a pet pig named Rambo, and a herd of goats named after fruits and vegetables.

While attending college at Florida State University, she discovered her love for broadcasting. At FSU, Merris hosted The Jimbo Fisher Show and reported for Seminole Sports Magazine, both of which aired on Fox Sports Florida.

She also hosted University Update for the local PBS affiliate.

At FSU, Merris was an honors student and social chair for Phi Mu sorority.

Merris began her career at WHAG, an NBC affiliate in Hagerstown, Md., after spending a few years working in and exploring New York City.

While in Hagerstown, her investigations into the heroin epidemic inspired the formation of several regional coalitions across the four-state area, and the beginnings of a government-sponsored recovery center in Berkeley County, W.Va.

At WHAG, Merris also served as the primary fill-in anchor for all newscasts.

Merris is a member of Investigative Reporters and Editors, and the Radio Television Digital News Association.

It’s hard to pull her away from work, but when it happens, Merris loves going to hot yoga classes, trying new restaurants, traveling to see family and friends, hanging out at the beach, and cheering on the Florida State Seminoles!

Some of her best stories have come from viewer tips. Got one? Email Merris at merris.badcock@wtkr.com.