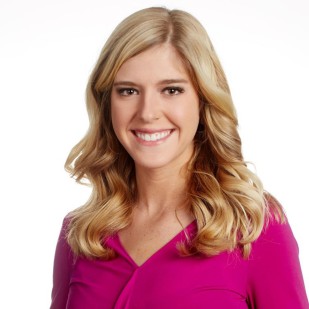 Reporter Kelly Rule started in May 2015 as a new member of the WTKR News Team.

Kelly started her journalism career at Penn State University in State College, Pa. where she majored in broadcast journalism. During her senior year, she anchored and reported for the Centre County Report, a weekly newscast that airs in 29 Pennsylvania counties.

In May 2013, Kelly took a reporter and weekend producer job at WMDT in Salisbury, Md. In her first official job in the broadcast industry, Kelly quickly worked her way to a full-time general assignment reporter and fill-in anchor for Good Morning Delmarva, a two-hour morning show, along with the Noon, 6 p.m., 10 p.m. and 11 p.m. broadcasts. She also fill-in produced newscasts as needed.

After spending two years in Salisbury, Kelly moved just a couple hours down the Eastern Shore to take the reporter position here at WTKR News 3. Kelly was familiar with Accomack County and Virginia Beach after covering a wide range of stories with WMDT, including the arson fires and court proceedings for Tonya Bundick and Charles Smith.

When she’s not working, Kelly enjoys spending time with friends, running, and enjoying the beach and outdoors. She loves traveling up to Philadelphia to see her family and catch a sports game! For suggestions or story ideas, reach out to Kelly at Kelly.Rule@wtkr.com