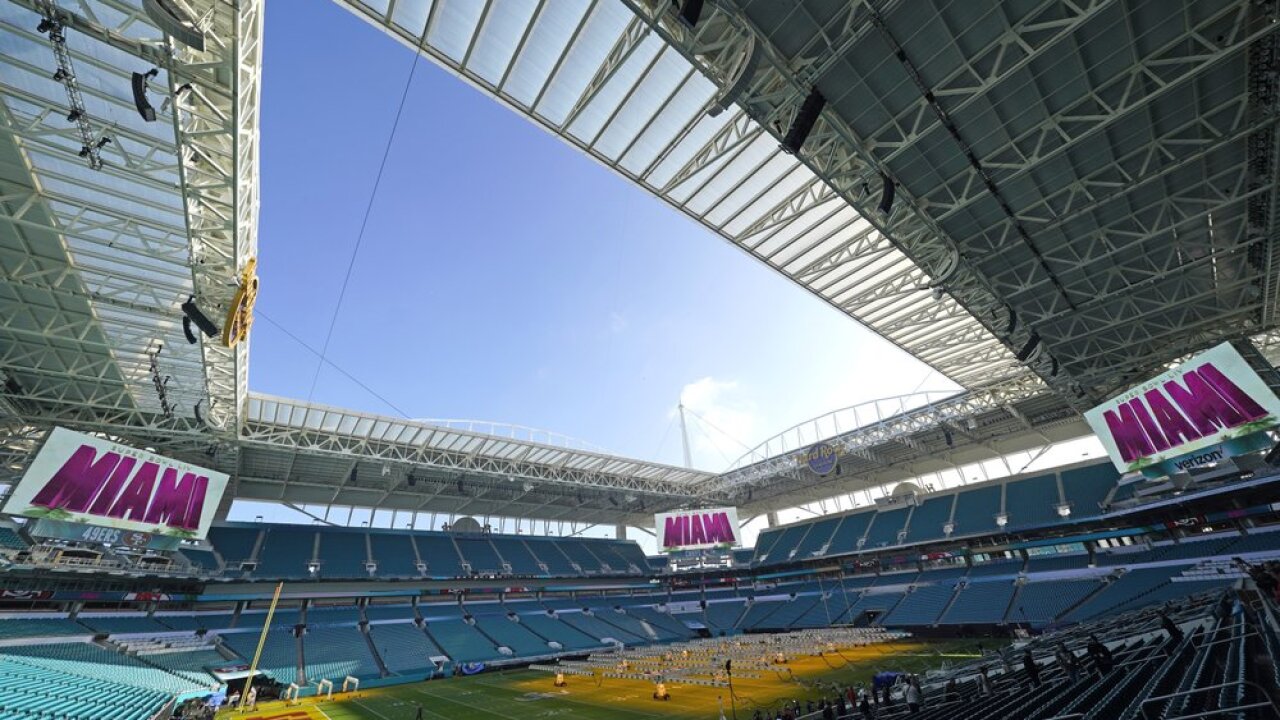 MIAMI (AP) — Charles McGee flew 136 combat missions in World War II as part of the famed Tuskegee Airmen, attacking targets in Italy and supporting the rescue of 1,000 prisoners of war in Romania. He went on to become a colonel and fly in wars in Korea and Vietnam.

At the age of 100, his latest mission will be to handle the opening coin flip Sunday in the Super Bowl.

“I’ll try not to make any mistakes,’’ McGee said. “I don’t have the special coin so I haven’t practiced.’’

McGee will be joined by three other centenarian World War II veterans for a coin flip that is far from ceremonial. In addition to deciding which team gets the ball first, the result of the flip will be closely watched by gamblers across the nation who have money on Super Bowl proposition bets.

They were asked by the NFL to participate to honor both their military heritage and the 100th anniversary of the NFL as a professional football league.

The NFL didn’t have to look far for just the right veteran to handle the toss. McGee is cool under pressure, as anyone who survived combat missions over Italy and parts of Europe would be.

He’s still sharp and clear-headed, carrying on a phone conversation on Friday like he was half his age.

“I just hope for a good game, and good refereeing,’’ he said. “I’m looking forward to seeing the coin and then seeing the game.’’

McGee was home on holiday in Chicago celebrating his 22nd birthday when Japanese planes bombed Pearl Harbor in 1941, sending the nation into war. He remembers vividly being in the car with others in his glee club driving to perform at a South Chicago church when President Franklin Roosevelt came on the radio to announce the bombing.

A few years into the war he would join the only African-American pilot squadron training in segregated Tuskegee, Alabama. He’s one of the last surviving airmen of the 996 pilots — 84 of whom lost their lives in the war — who trained in Alabama.

“The Army policy at the time was we didn’t have the brainpower and moral fiber to become pilots,’’ he said. “We dispelled that notion.’’

The other 100-year-old veterans who will join McGee for the coin flip are:

Odon Cardenas — Cardenas fought in France and Germany as part of the Third Army under the command of Gen. George Patton. He was captured in the late stages of the war in Germany, serving briefly as a prisoner of war before being liberated.

Samuel Lombardo — Lombardo served as a rifle platoon leader and company executive officer, fighting in the Battle of the Bulge and other major campaigns in the final months of the war.

Sidney Walton — Walton fought in the China, Burma and India theater after enlisting before the war with the stated desire of taking down Adolf Hitler. He and his son, Paul, have been on a tour visiting every state to raise awareness of the diminishing number of WWII veterans and the sacrifices they made.

“By honoring these four veterans at the championship game, the league is preserving the national memory of the Greatest Generation and World War II,’’ said Holly Rotondi, executive director of the Friends of the National World War II Memorial.