US advises no travel to China, where virus deaths top 200 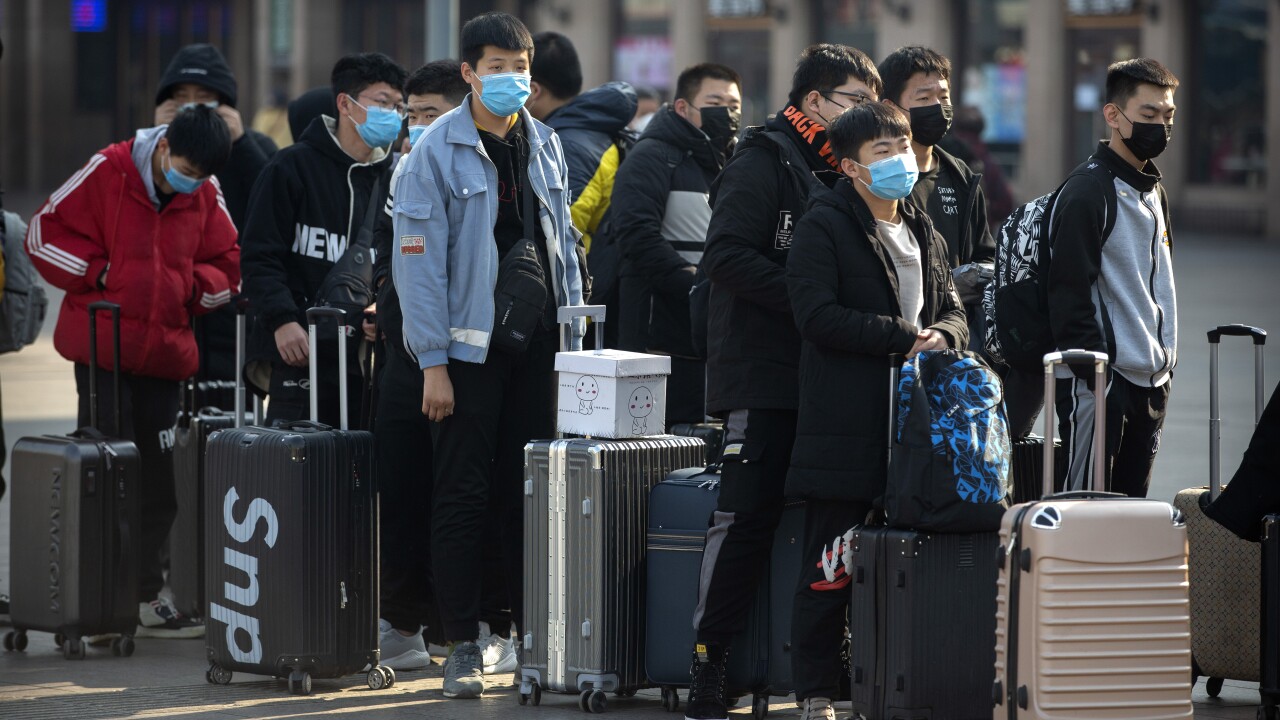 Travelers wear face masks as they stand outside the Beijing Railway Station in Beijing, Friday, Jan. 31, 2020. The U.S. advised against all travel to China on Friday after the World Health Organization declared the outbreak of a new virus that has spread to more than a dozen countries a global emergency. (AP Photo/Mark Schiefelbein)

The U.S. advised against all travel to China as the number of cases of a worrying new virus spiked more than tenfold in a week, including the highest death toll in a 24-hour period.

The virus has infected almost 10,000 people globally in just two months, a worrying sign of its spread among people that prompted the World Health Organization to declare the outbreak a global emergency.

China said it will send flights to bring Hubei residents home from overseas, citing “practical difficulties” they were encountering.

China has placed more than 50 million people under virtual quarantine, while countries, companies and airlines have cut back severely on travel to China and quarantined those who recently passed through Wuhan.