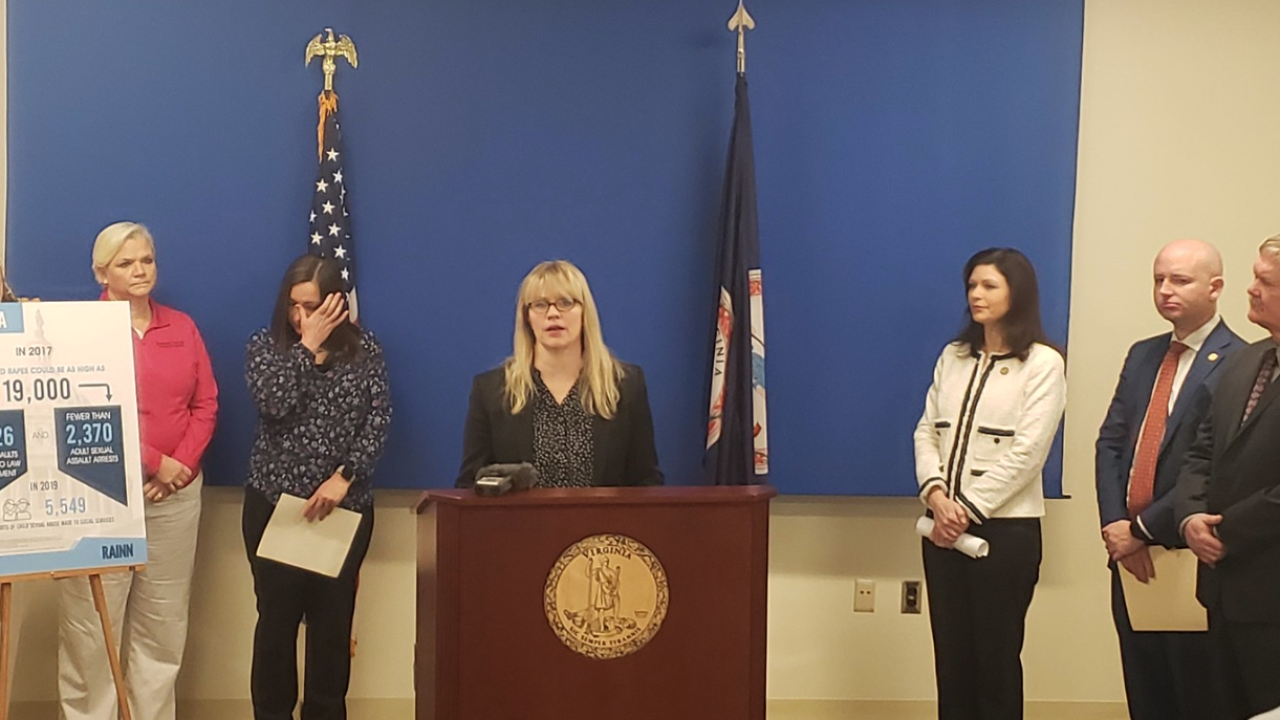 RICHMOND, Va. – A House subcommittee advanced a bill Wednesday to establish a statewide program to train nurses who treat sexual assault survivors, something that supporters say is crucial to how Virginia deals with sexual violence.

The bill proposes that every hospital in Virginia have such a nurse examiner on staff.

“There are lots of parts of the commonwealth that an hour drive would be a short one,” said Mullin. “If you are living in Southwest Virginia, and if you need to be able to see one of these certified examiners, it might be a three, four or seven hour wait before you are seen and that is entirely unacceptable.”

Mullin was joined by Sen. R. Creigh Deeds, D-Bath, who introduced Senate companion bill SB 373 and Del. Karrie K. Delaney, D-Fairfax, who sponsored HB 808. Delaney’s bill stipulates that if a hospital does not staff a forensic examiner or nurse examiner it would be responsible for transporting the patient to a location that offers rape kits and other services, including after care options. Her bill advanced to committee earlier this week.

Virginia has 16 out of 122 hospitals provide sexual assault exams, according to a report [drive.google.com] commissioned by Delaney. As a result, Delaney said, victims of sexual assault often arrive at the closest hospital or medical center only to be told that they must go to another location.

“Virginia still has a lot of work that needs to be done to continue to improve and establish laws that are better able to protect victims of domestic violence and sexual assault,” Delaney said.

The report also noted that out of almost 94,000 registered nurses in Virginia, a small portion (96-155) are sexual assault nurse examiners. Several sexual assault survivors spoke of the need for more forensic nurse examiners so that future victims won’t endure more hardships than they already have.

“I want you imagine that on your worst day, you find the courage and physical strength to get yourself to a hospital to report your sexual assault,” said Rebecca Courtright, a sexual assault survivor from Powhatan. “Then you arrive only to find that the hospital doesn’t have the ability to collect a rape kit, how would you feel?”

Courtright said a certified nurse examiner gave her the tools and support to move on from her assault. She was grateful for the nurse’s care and the nurse’s court testimony against Courtright’s attacker.

“If a victim comes to turn her body over for evidence, and there is no one there to collect that evidence, it’s devastating,” Courtright said later in the day, during the subcommittee hearing of the bill. “If there is someone there it could mean the difference between her committing suicide and her actually reporting and us putting away that rapist.”

Mullin’s bill creates a sexual assault forensic nurse examiner program, referred to as SANE, led by a coordinator who reports annually to the governor and General Assembly. Among the responsibilities of the coordinator would be to establish nurse examiner training programs in partnership with state officials and agencies, including the Attorney General and Department of Health, among others.

The bill also outlines other technical responsibilies for the coordinator such as strengthening other progams and creating best practices for billing sexual assault survivors. The program coordinator would create a list of resources that includes treatment locations to share with medical and law enforcement professionals, in an effort to streamline assistance for victims.

There would also be recruitment efforts and materials geared toward nursing students to help meet the necessary requirements if the bill is passed into law.

A House subcommittee, chaired by Mullin, unanimously recommended the bill with an amendment. It now heads to the Committee on Appropriations for further review.