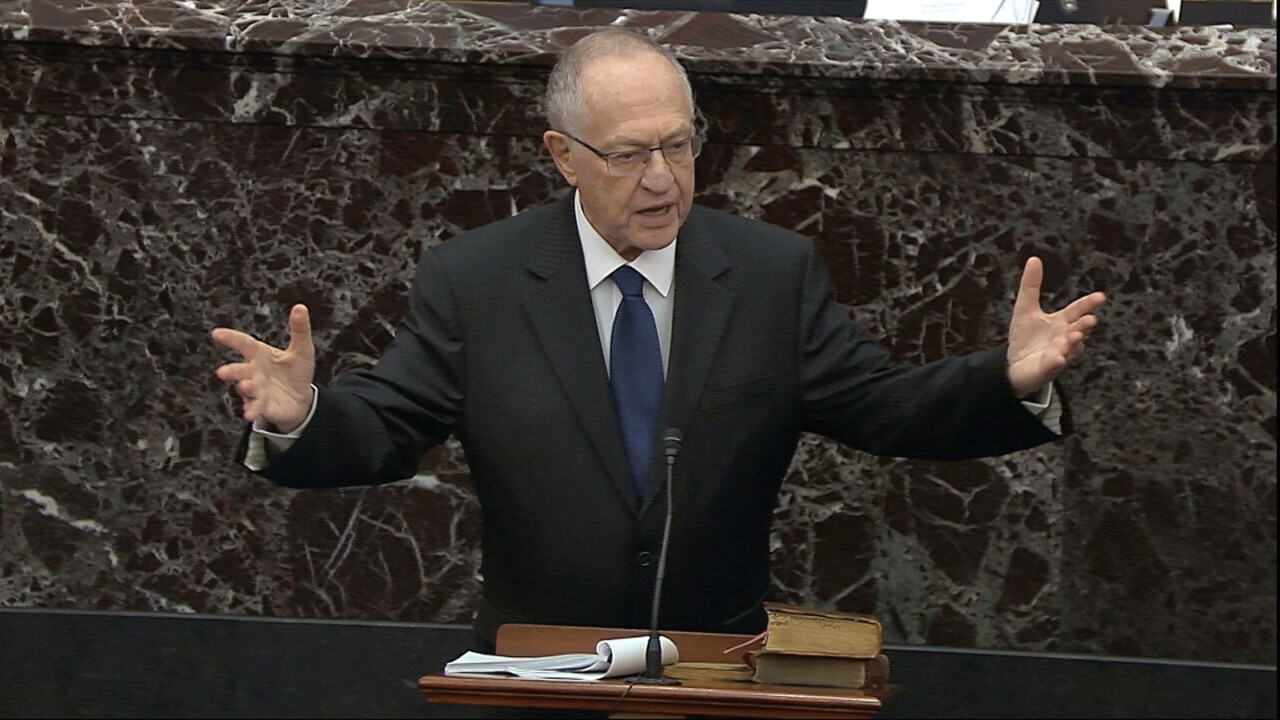 In this image from video, Alan Dershowitz, an attorney for President Donald Trump, speaks during the impeachment trial against Trump in the Senate at the U.S. Capitol in Washington, Monday, Jan. 27, 2020. (Senate Television via AP)

President Donald Trump’s legal team is raising a broad-based attack on the impeachment case against him even as it mostly brushes past allegations in a new book that could undercut a key defense argument at the Senate trial.

Former national security adviser John Bolton writes in a manuscript that Trump wanted to withhold military aid from Ukraine until it committed to helping with investigations into Democratic rival Joe Biden.

The revelation clouded White House hopes for a swift end to the impeachment trial as Democrats on Tuesday demanded witnesses and some Republicans expressed openness to the idea.