Strange letter from ‘Jenny’ claims you are pregnant 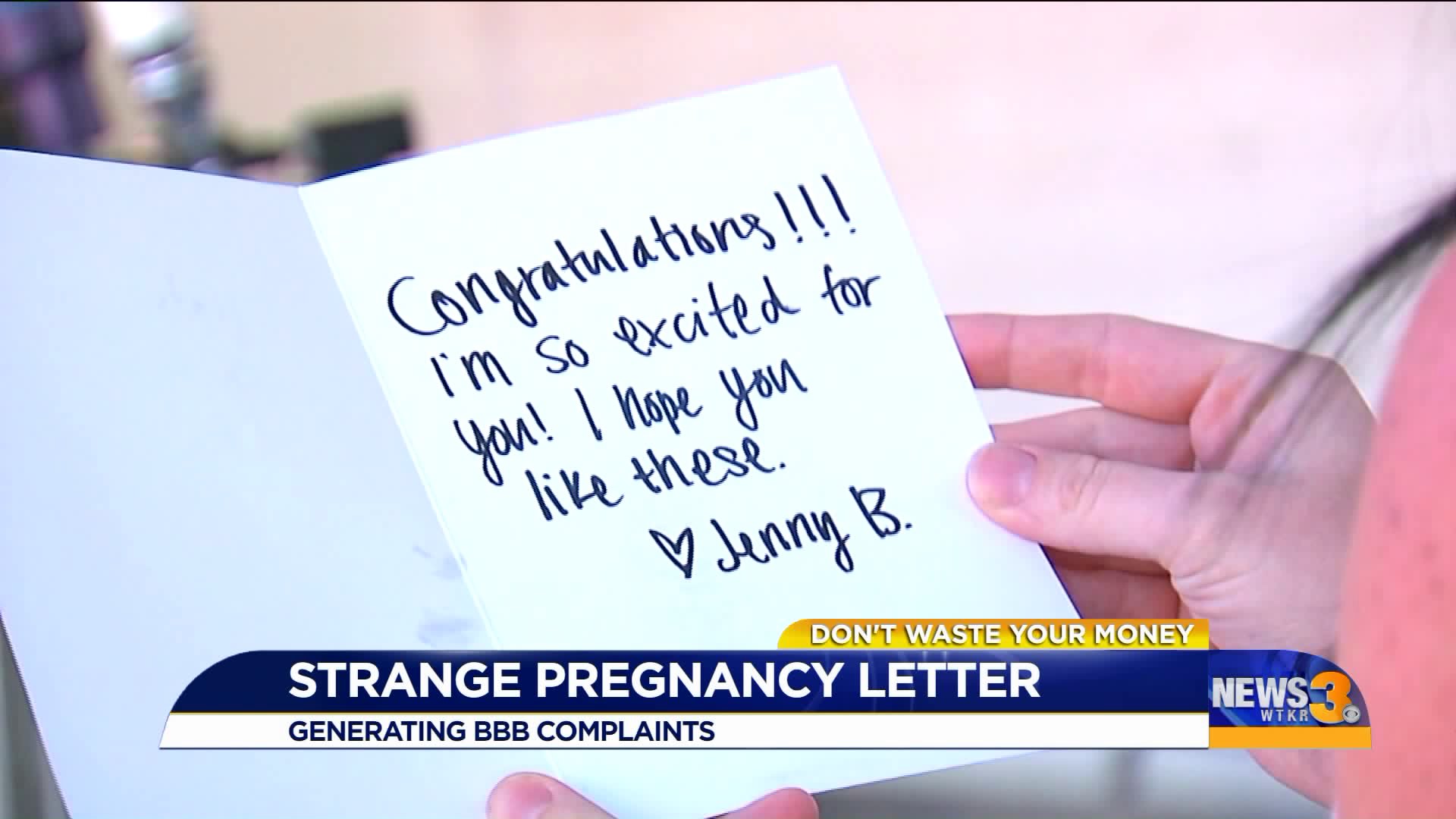 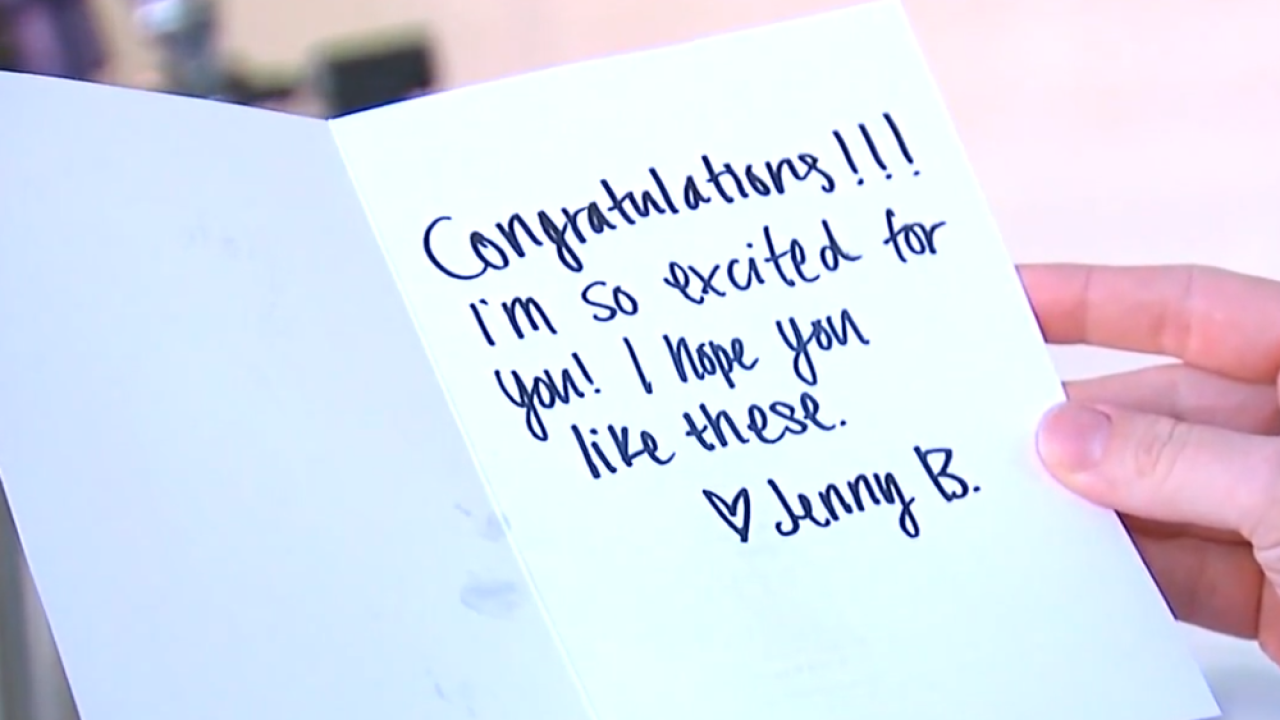 Renee Johnson is a new mom who recently found this in her mailbox: A card featuring an avocado saying, "Holy guacamole, you're going to 'avo' baby."

"It looked like a friend had sent me a card with coupons and baby stuff," she said.

Inside were coupons for baby products, and a handwritten note saying, "Congratulations, I am so excited for you" from Jenny B.

"I reached out to every Jen or Jennifer that I knew to see if it came from them," she said, "and everyone was just confused and said that wasn't us."

So, she Googled the card,and discovered it was really a promotion for expectant moms from a Utah marketing company calls Mother's Lounge.

News reports in 2019 showed women around the country receiving similar cards, and it appears they are going out again this new year.

If you were to find this card in your mailbox, you would probably open it because it is pink, handwritten and personally addressed to you.

"It looks like the return label fell off and it all looks handwritten and there are smudges from the ink and everything," Johnson said.

We were unable to reach anyone at Mother's Lounge, but it recently told the New York Times, "The qualified recipients for this mailer have, at one point, subscribed to an opt-in list for maternity deals and coupons through a third party marketing company."'

But, the Better Business Bureau gives mothers lounge an "F," calling this a questionable scheme.

Johnson agrees, saying, "It's very deceiving and a little worrisome that they got my address and sent me stuff like this."

The BBB even has complaints from women who were not pregnant but still got the card, which Johnson says would be horrible.

"You are already having a hard time, and that's not going to make it any easier," she said.

If you receive this mailing and you are pregnant, you might want to consider ordering something, as the company is legitimate. But if you are not, it's more likely a case of "don't waste your money."