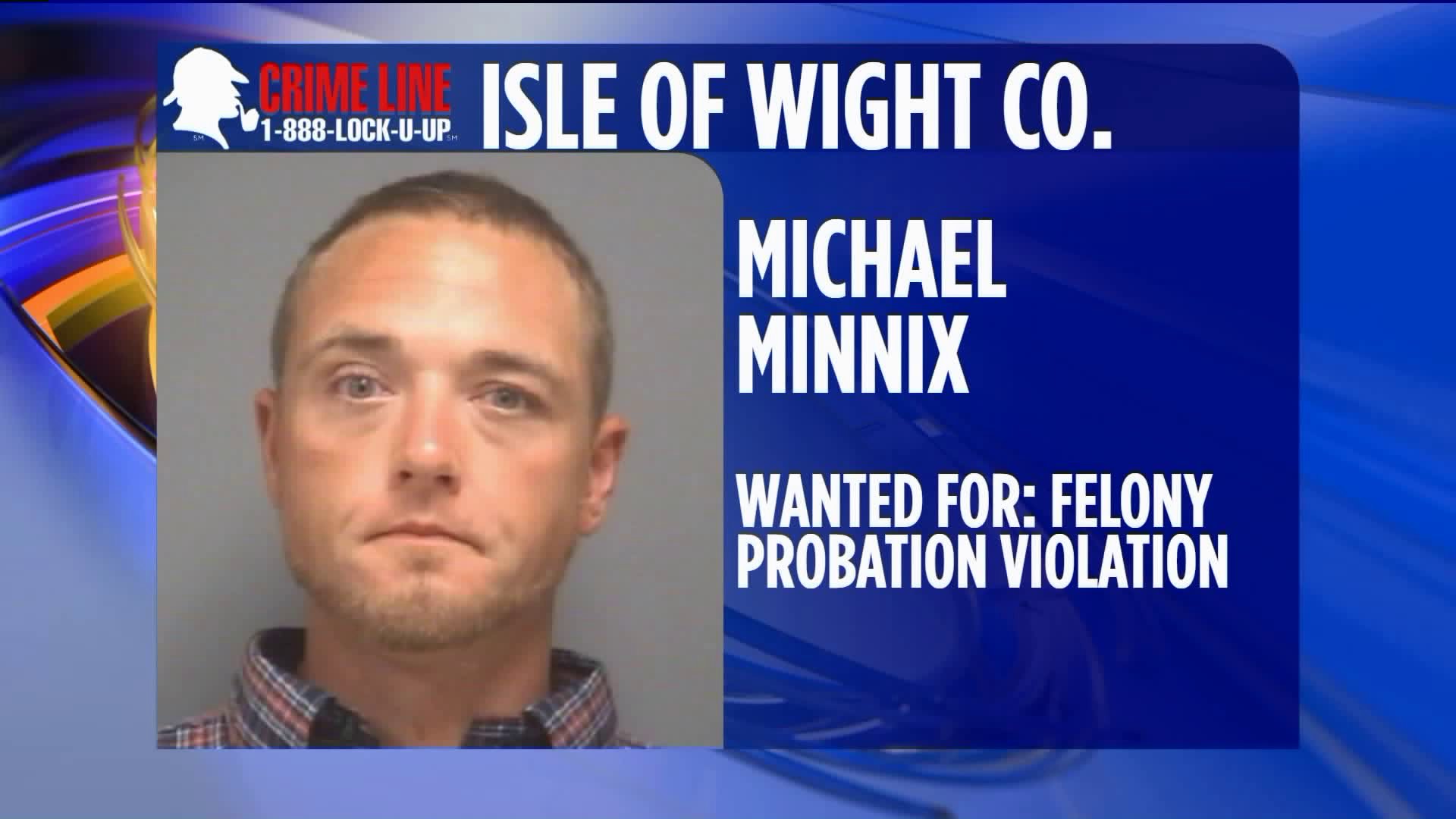 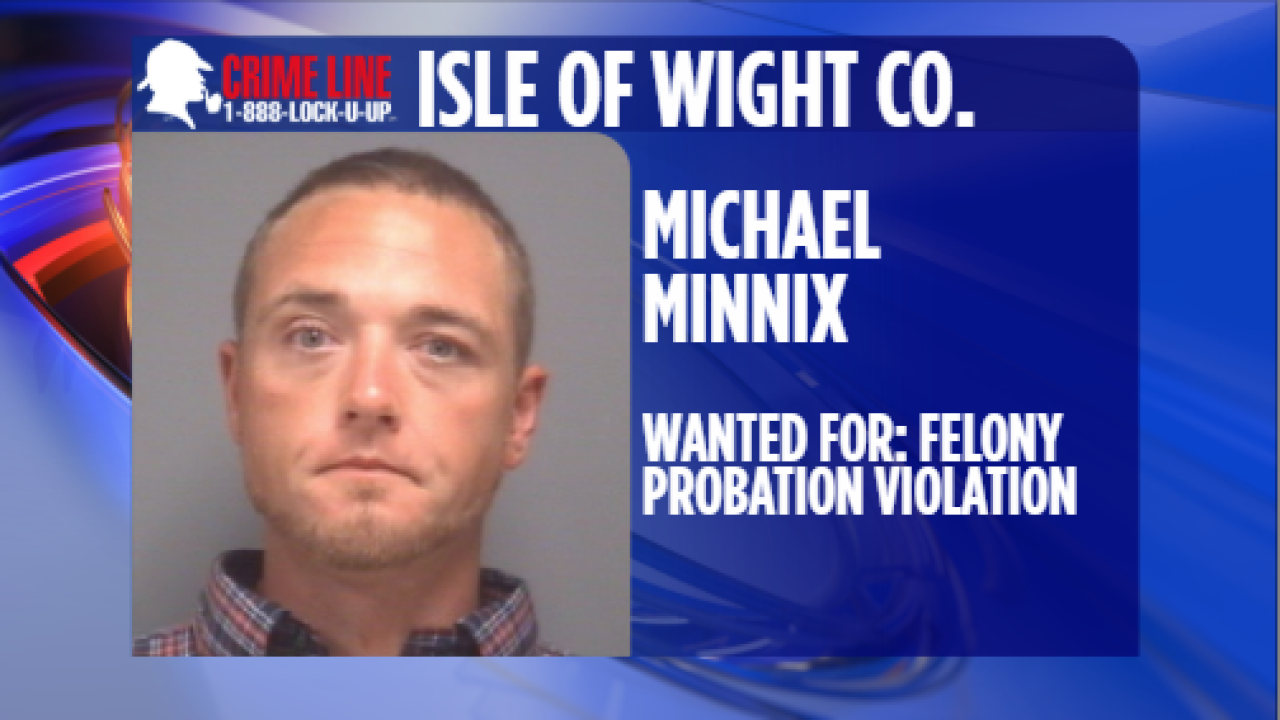 ISLE OF WIGHT COUNTY, Va. - The Isle of Wight County Sheriff's Office is trying to find a man wanted for felony probation violation.

According to deputies, they're looking for Michael James Minnix, 34.

Deputies say he has several distinct tattoos including a tattoo that reads "Minnix" on his lower left arm, "Honesty" on his lower right arm, and a cross with ribbon reading "Love U Dad" on his upper right arm.

Although his last known address is in Kill Devil Hills, he's often in Isle of Wight, Portsmouth, Suffolk, Newport News and Hampton.

If you know where he is, you can anonymously report your tip to Crime Line in one of three ways.