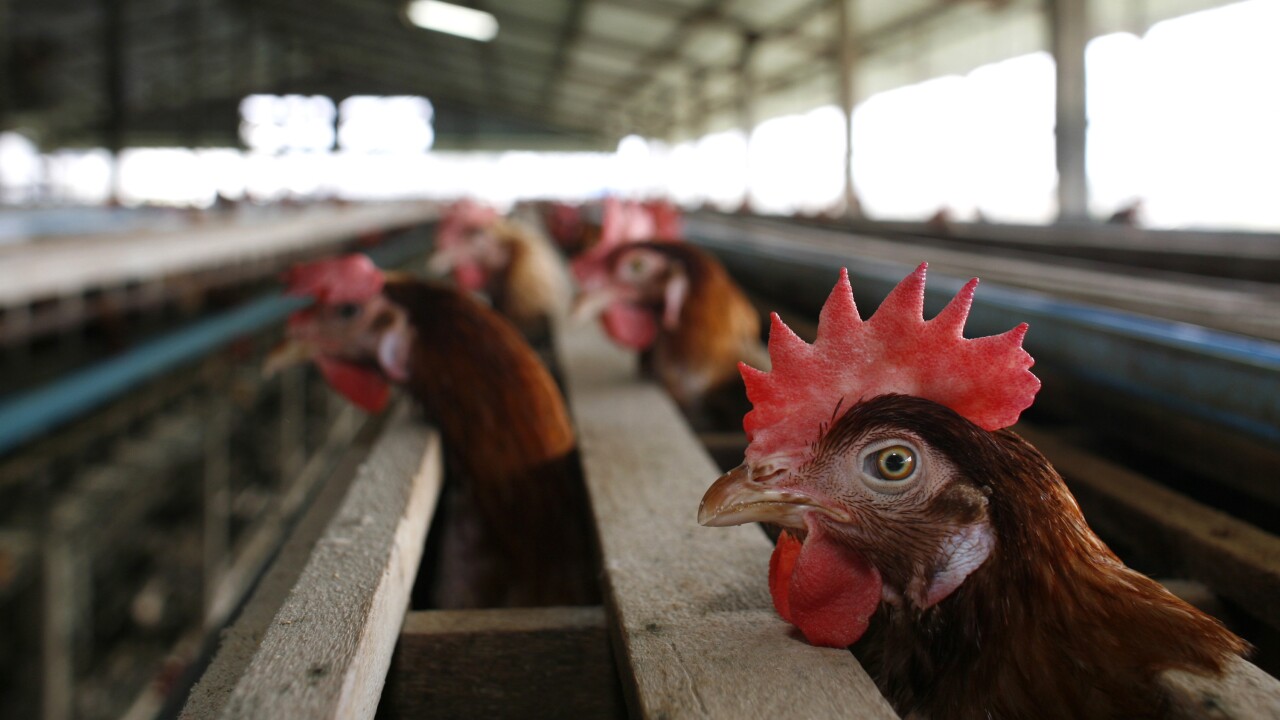 SUPHANBURI, THAILAND – JANUARY 27: A chicken peers out from a cage at the Sanoh chicken farm January 27, 2007 in Suphanburi, Thailand. The family run Sanoh farm has around 5,000 chickens located in one of the main chicken farm areas two hours north of Bangkok. Although the farm has been completely free of Bird Flu, its owners say that they are struggling to make ends meet with lower prices on eggs and increased prices on chicken feed. New outbreaks of bird flu are causing concern in the Asian region with new cases surfacing in Thailand, China and Vietnam. Officials from the United Nations Food and Agriculture Organization (FAO) say that the latest outbreaks are not as serious as 2004 but worry about the spike in Avian flu. (Photo by Paula Bronstein/Getty Images)

Investigators think up to 34,000 chickens were killed during two separate poultry farm fires in North Carolina and Virginia within a day of each other.

Firefighters contained the barn blaze, but the structure was destroyed. The Forbush Volunteer Fire chief says approximately 10,000 chickens were killed at a poultry house in North Carolina just one day prior.

Crews responding to the Yadkinville farm on Thursday discovered fire spreading near the feed silos.

The fires appear to be unrelated and no workers were injured in either.