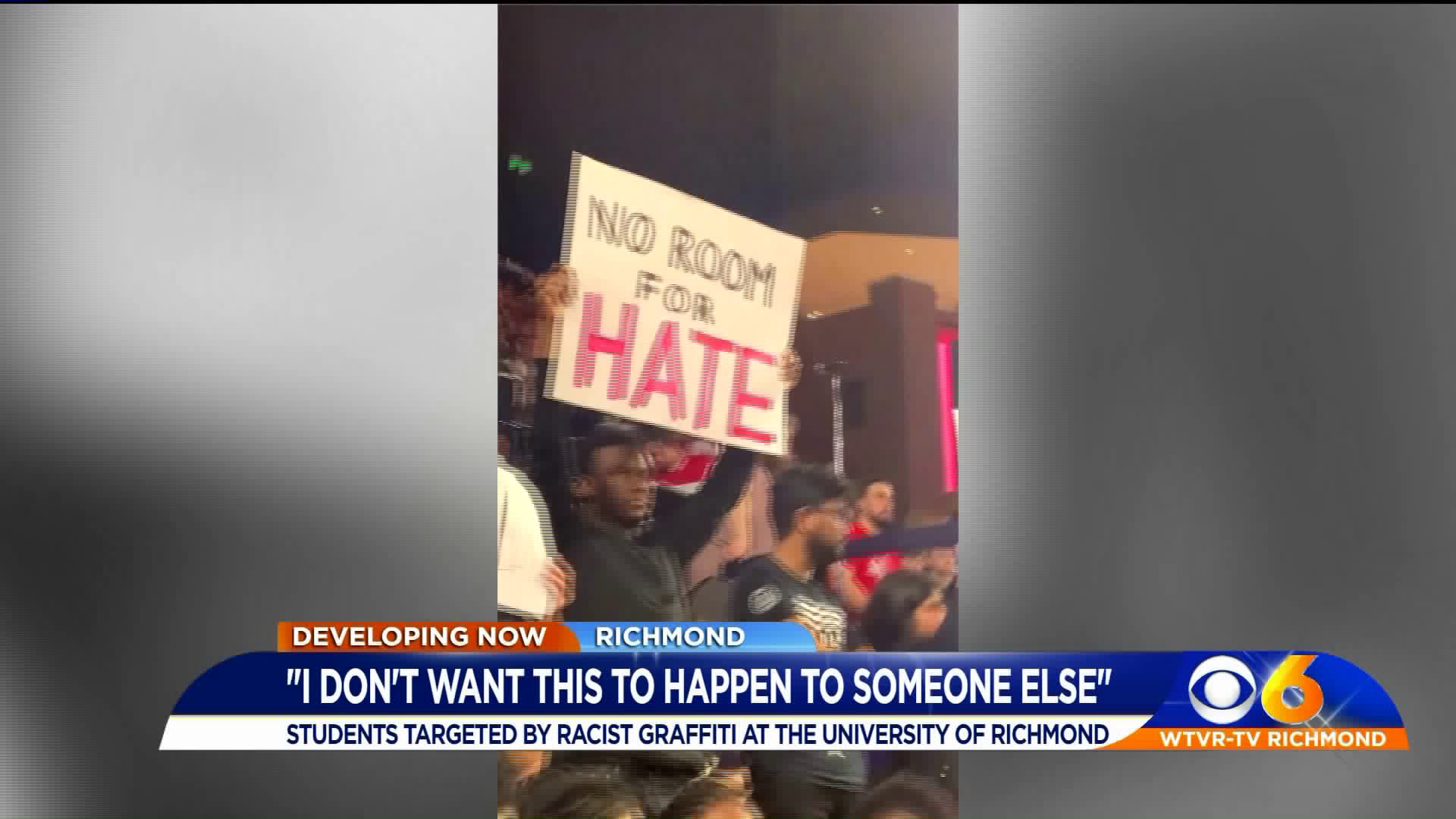 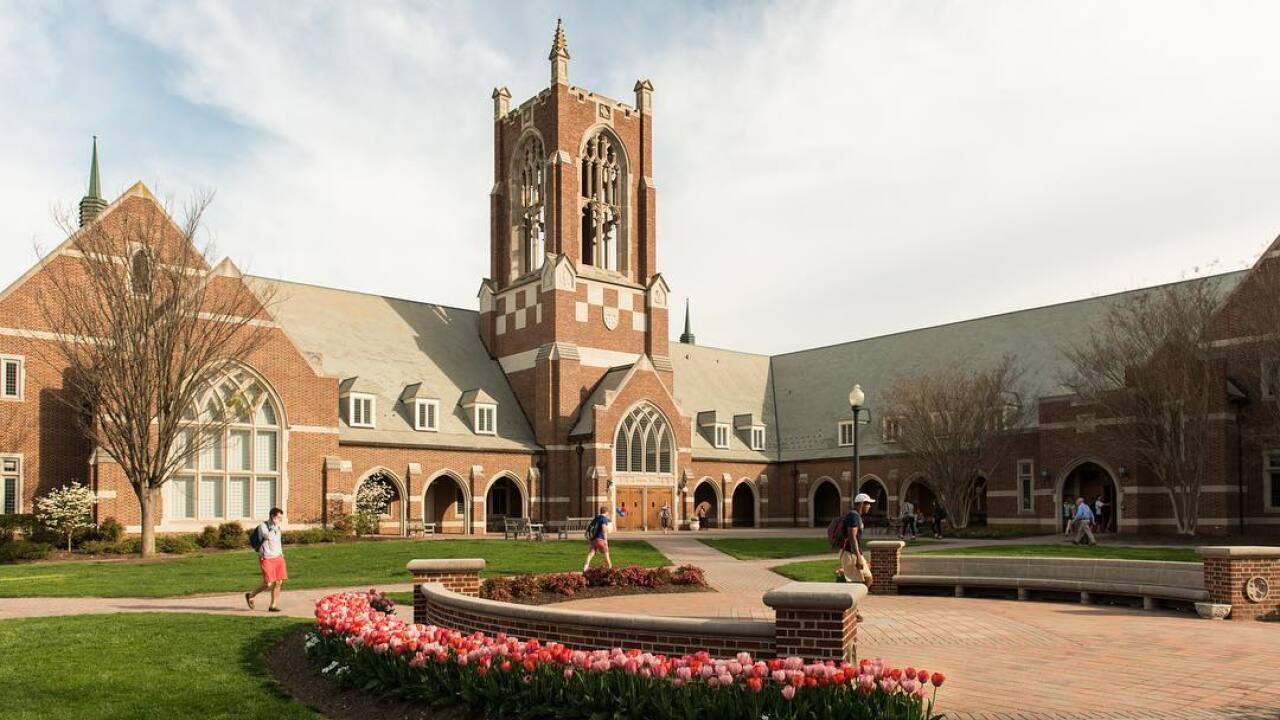 RICHMOND, Va. — The University of Richmond has responded to racist incidents reported by students on campus.

“The incidents of racism on our campus these past few days are hateful and harmful,” UR President Dr. Ronald Crutcher wrote in a letter to the college community. “I was deeply moved and proud of our students, who were so effective at [Saturday night’s] basketball game, silently protesting and standing together to say that racism of any type has no place at our University.”

Among the reported racists incidents, racial slurs written on students’ name tags that hang outside their dorm rooms. The slurs references one student’s race, one student’s nationality, and a third student’s ethnicity.

Gabrielle “Gabbie” Armon-Wickers, a freshman and the 2023 Westhampton College class president, said she was the first victim and discovered the word targeting her race, she is African-American, when coming back from taking a shower on Friday morning.

“At first I laughed, I laughed. Because I already knew that it was coming, because I’ve been a very vocal person on campus about issues such as racism, sexism, classism and I’m not one to really back down or be afraid to speak in front of anyone. And so, I already knew that there were people that did not like that about me, but I never thought that they would come in and invade my personal space like that,” said Armon-Wickers. “And so, like I said, I laughed, but then I thought about it and then my heart started pumping. I got angry.”

Another student, Ahmed Elnaggar, also freshman, said he discovered the slur on his door Saturday morning. Elnaggar said he is running for class chair of the sophomore class of Whitehurst of Richmond College and the note said “terry =/= chair”. Elnaggar is Middle Eastern.

“I knew immediately what the abbreviation meant and everything and I knew immediately someone was rejecting the idea of me becoming class chair,” said Elnaggar. “When I saw it, before I ripped it down from the door, it was like, my heart dropped. It didn’t process through my brain...Like, wow. This just happened to me also. I didn’t realize I would be a target, also.”

The third student, Maha Hassan, said she found out Saturday morning when a police officer knocked on her dorm room door and pointed out the note. Hassan is from Pakistan and the note used an offensive term for someone from that country.

“I, sort of, just, like, fell to the floor in absolute disgust,” said Hassan.

President Crutcher said while the university aspires to be inclusive and welcoming, these incidents show there is work to be done.

“It is particularly important in the wake of these recent incidents that we provide our students with opportunities to speak up and share their experiences as citizens of our campus,” he said.

A community meeting was called for Thursday, January 30, from 6 p.m. – 7:30 p.m. in the Alice Haynes Room of the Commons to discuss the issues.

“As we come together as a community, we will demonstrate in a clear and public way that each individual on this campus is valued and that their voices will be heard,” he said.

A group of students was heard over the weekend when they protested at the Spiders home basketball game. Students held signs that read: “No Room for Hate” and “We Will Be Heard.”

“No one was too surprised. Everyone’s experienced this either explicitly or implicitly to some degree or to some extent,” said Hassan. “People weren’t necessarily surprised that it happened. It was just unfortunate, and I think people reached their limit.”

There is also a student-led open mic event scheduled for Tuesday at noon, where students are encouraged to “bring your voice and speak up against discrimination and racism”.

University of Richmond Police are investigating the incidents.

The Council on American-Islamic Relations (CAIR) called for a hate crime investigation into the incidents Monday afternoon.

“We ask law enforcement authorities and university officials to take this matter seriously and to investigate the incident as a possible hate crime,” said CAIR National Communications Coordinator Ayan Ajeen.