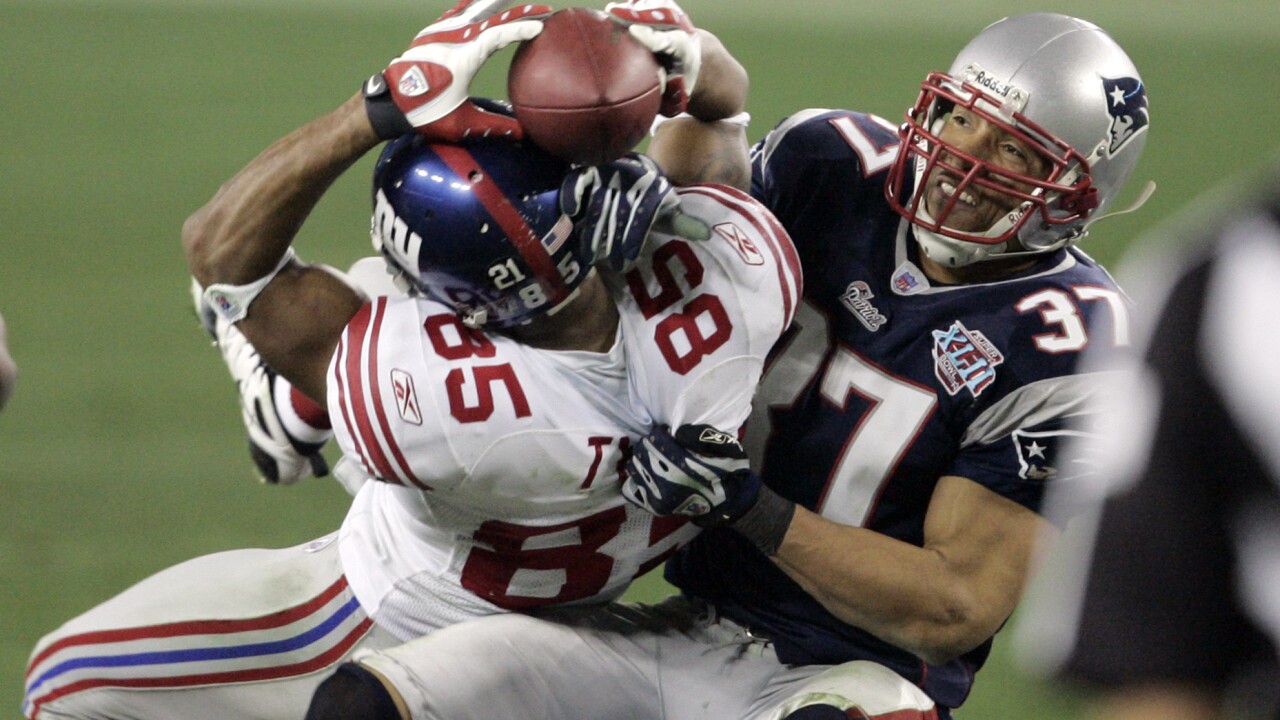 MIAMI, Fla. (AP) — Not all Super Bowls are super. Some are classics, some are memorable but not quite fit for total greatness.

Some have elements making them noteworthy, but otherwise won’t make many championship scrapbooks (except with fans of the winners). And some are outright duds.

Here’s a look at America’s most popular sporting event, from the super-b to the stiffs:

John Elway’s helicopter ride on the way to his — and Denver’s — first title. Green Bay’s defense allowing Terrell Davis’ late touchdown (TD by TD) to get the ball back rather than have the Broncos run down the clock and kick a short winning field goal.

Down 28-3 in the third quarter, Tom Brady leading a comeback for the ages. Atlanta’s coaching staff losing its wits in the fourth quarter. The only Super Bowl that went to OT.

The biggest fourth-quarter Super Bowl comeback at that point. Malcolm Butler’s goal-line pick to preserve victory — Give the ball to Beast Mode!

Wide right. The Giants running the ball all day with Ottis Anderson, keeping the “K-Gun” offense off the field, yet only surviving because of Scott Norwood’s missed 47-yard field goal at the end.

Ray Lewis’ final game. That’s the night the lights went out in … Louisiana. San Francisco staging a sizzling comeback after that. So, was it pass interference in the end zone on the Niners’ last play?

The Titans coming back, but Mike Jones making what is forever known in St. Loo as “The Tackle” on Kevin Dyson just short of the goal line. Kurt Warner earlier hitting Isaac Bruce with the 73-yard pass for the winning points for “The Greatest Show On Turf.”

In a second go-round with the favored Patriots, Manning working his passing magic again. A perfect throw to Mario Manningham setting up the winning drive.

Maybe the halftime show featuring U2 and a tribute to the victims of 9-11 is the shining light. But the Patriots stunning the Rams with rugged defense, a late drive to Adam Vinatieri’s winning field goal should not be overlooked.

The AFL could claim parity after the biggest upset in Super Bowl history. Joe Namath guaranteeing a Jets victory and then delivering the most significant of wins. The NFL hierarchy was embarrassed.

Joe Montana spotting John Candy in the crowd while driving the 49ers to the winning TD, his pass to John Taylor in the dying seconds. Stanford Jennings’ 83-yard kickoff return TD for the Bengals.

Not much of a competitive game, but worth watching for perhaps the NFL’s most dominant defense and team finishing off laying waste to the league. Refrigerator Perry’s touchdown. Walter Payton getting his sweet reward.

Again, this one is about the team: Miami having the only undefeated record in league history. The No-Name Defense. Garo Yepremian’s aborted pass.

As if the Jets shocking the football world wasn’t a big enough step for the AFL, Hank Stram’s Chiefs running roughshod over the Vikings the next year. It solidified the AFL as it entered fully into the NFL.

Although it didn’t carry the Super Bowl tag yet, the Packers representing the NFL taking on the Chiefs of the AFL kicking off what would become America’s biggest sporting event.

The birth of the 49ers dynasty came by holding off a strong comeback in the first Super Bowl played in a cold-weather city at the Pontiac Silverdome. Yes, folks, the Bengals actually have made two Super Bowls.

An exciting contest — in the second and fourth quarters, ending in Vinatieri kicking another winning field goal. As for the first and third period, well, they were scoreless snoozers.

The end of the Steelers’ run featuring a back-and-forth encounter with Pittsburgh pulling away in the fourth quarter for its fourth championship in seven seasons.

Peyton Manning’s final game and second championship, though it’s the Broncos’ latest Orange Crush that did in Cam Newton and the Panthers.

The entire week, including the game, being overshadowed by winter storms that pretty much shut down the Dallas metroplex. Aaron Rodgers outperforming Ben Roethlisberger.

Riggo’s run, one of the great running plays in Super Bowl history. John Riggins punctuating his Hall of Fame career with the 43-yard run for the winning score on fourth-and-1.

Manning’s Super Bowl defeat, punctuated by Tracy Porter’s pick-6 to clinch it. Once the Aints, the Saints becoming NFL champs.

Desmond Howard’s kickoff return TD finally swinging the game in the Packers’ favor for their first championship since the Lombardi days. Perhaps most intriguing: Bill Parcells’ saga as Patriots coach that was ending.

Yeah, a close final score. Did anyone really expect the Eagles to score a winner? No Philly Special back then. Only Terrell Owens’ courageous performances coming off a broken leg and Deion Branch’s MVP work.

Hey Thurman, where’s your helmet? A tough way to begin a Super Bowl and not much getting better for Buffalo in its second successive title game loss. Washington going up 24-0 and cruised.

The Vikings probably should have been the opponents for what could have been a wild showdown. Instead, John Elway’s farewell game bringing him a second ring in a rout.

Everyone knew this was over when Jerry Rice was matched up with a linebacker on the third play from scrimmage. Bang: 44-yard TD and the rout was on. Steve Young getting a ring as a starting QB.

The last of four straight defeats for the Bills in the big game. Emmitt Smith capping an MVP season with an MVP in the Super Bowl. The Triplets at their very best.

The first of eventually three matchups between America’s Team and the Steelers. This version of the Steel Curtain carrying the day in the least memorable of that trio of Cowboys-Steelers games.

Sloppy, offensively inept football, but with some staunch defense led by Cowboys linebacker Chuck Howley, the game’s MVP. Not much to recall otherwise, except it was the first Super Bowl after the completed merger.

Joe Montana outdueling Dan Marino. Aside from that, not much.

Noteworthy only for Lombardi’s final game with the Packers. A total mismatch.

The biggest offensive onslaught the game has seen. Denver’s D not showing up.

New York’s red-zone defensive stand late in the first half sparking a turnaround to a rout.

From Denver’s first scrimmage play resulting in a safety on a bad snap, the only noteworthy item was the first outdoor Super Bowl in a cold-weather city. And it was mild for early February, then snowed the next day.

Another game beginning with a safety, almost enough for the Steelers to win their first championship. Minnesota’s only score coming on a blocked point, then the extra point failing.

Baltimore bringing it with a defense for the ages. New York bringing nothing.

Leon Lett being stripped by Don Beebe in the only worthwhile play for Buffalo, which had nine — yes N-I-N-E — turnovers.

The Raiders’ first title and John Madden’s only championship. Again, the Vikings putting up little resistance.

A rare Patriots victory with no last-minute drama.

Miami getting its second straight title behind Larry Csonka, a bruising defense and Minnesota’s ineptitude. Blah.

The worst of them all. Nothing super here after Csonka’s early fumble set Dallas on its way. Csonka fumbled only 21 times in 11 seasons, and this one was the most costly.