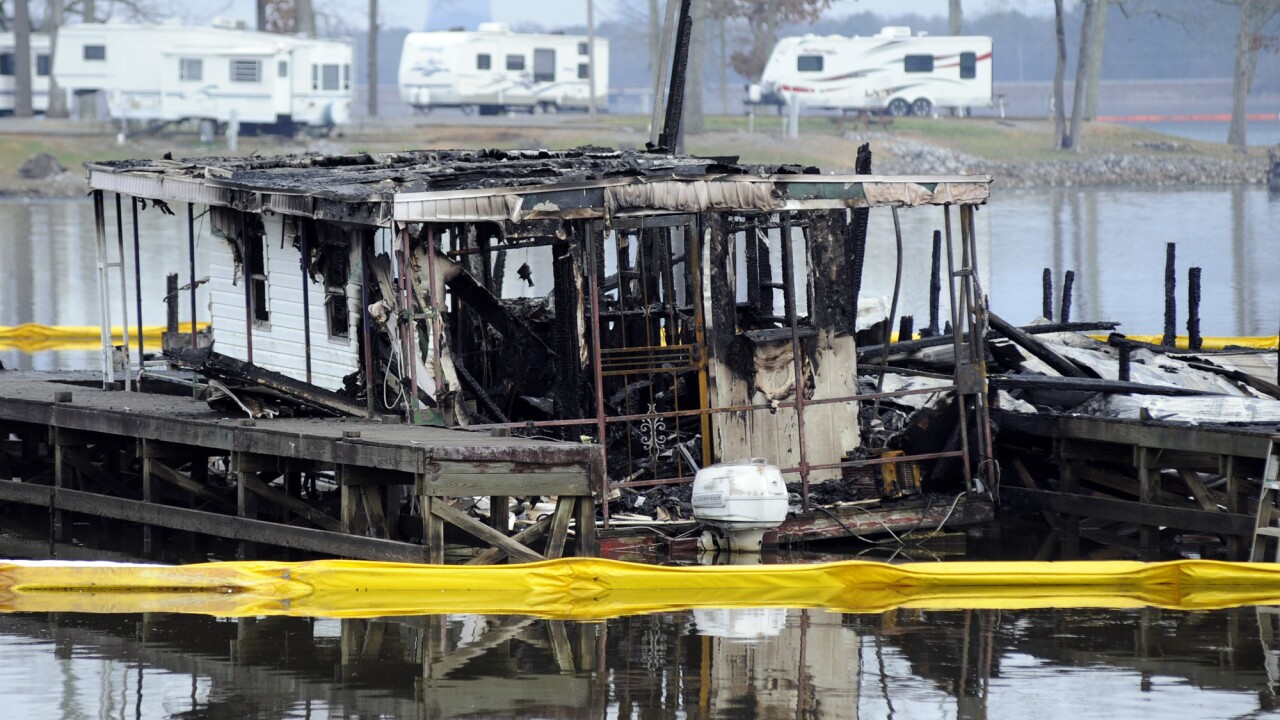 The charred remains of a boat are shown following a fatal fire at a Tennessee River marina in Scottsboro, Ala., on Monday, Jan. 27, 2020. Authorities said the fire was reported overnight while people were sleeping on boats tied up at a dock. Crews had to rescue people from the water, and fire officials said it may take days to go through sunken boats that could hold additional victims. (AP Photo/Jay Reeves) 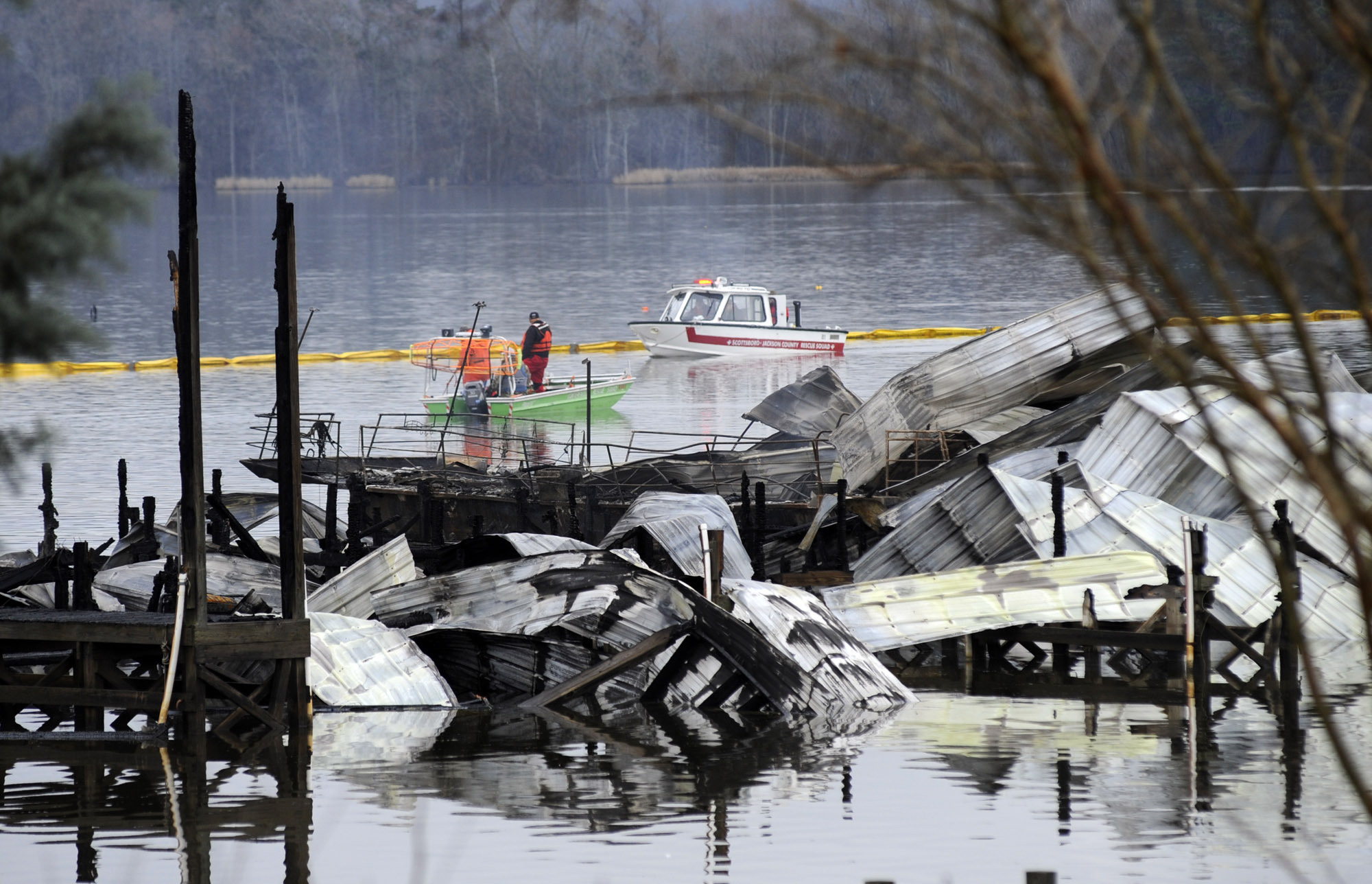 SCOTTSBORO, Ala. – The fire chief in Scottsboro, Alabama, says at least eight people were killed in an explosive fire that consumed at least 35 vessels along the Tennessee River.

Chief Gene Necklaus said all eight people who were known to be missing are confirmed dead, and “that number could go up,” because they don’t know how many were on boats that sank.

At least seven people were sent to hospitals suffering from exposure to the water or flames.

The fire quickly consumed the dock as people were sleeping, cutting off their escape routes and raining debris into the water.