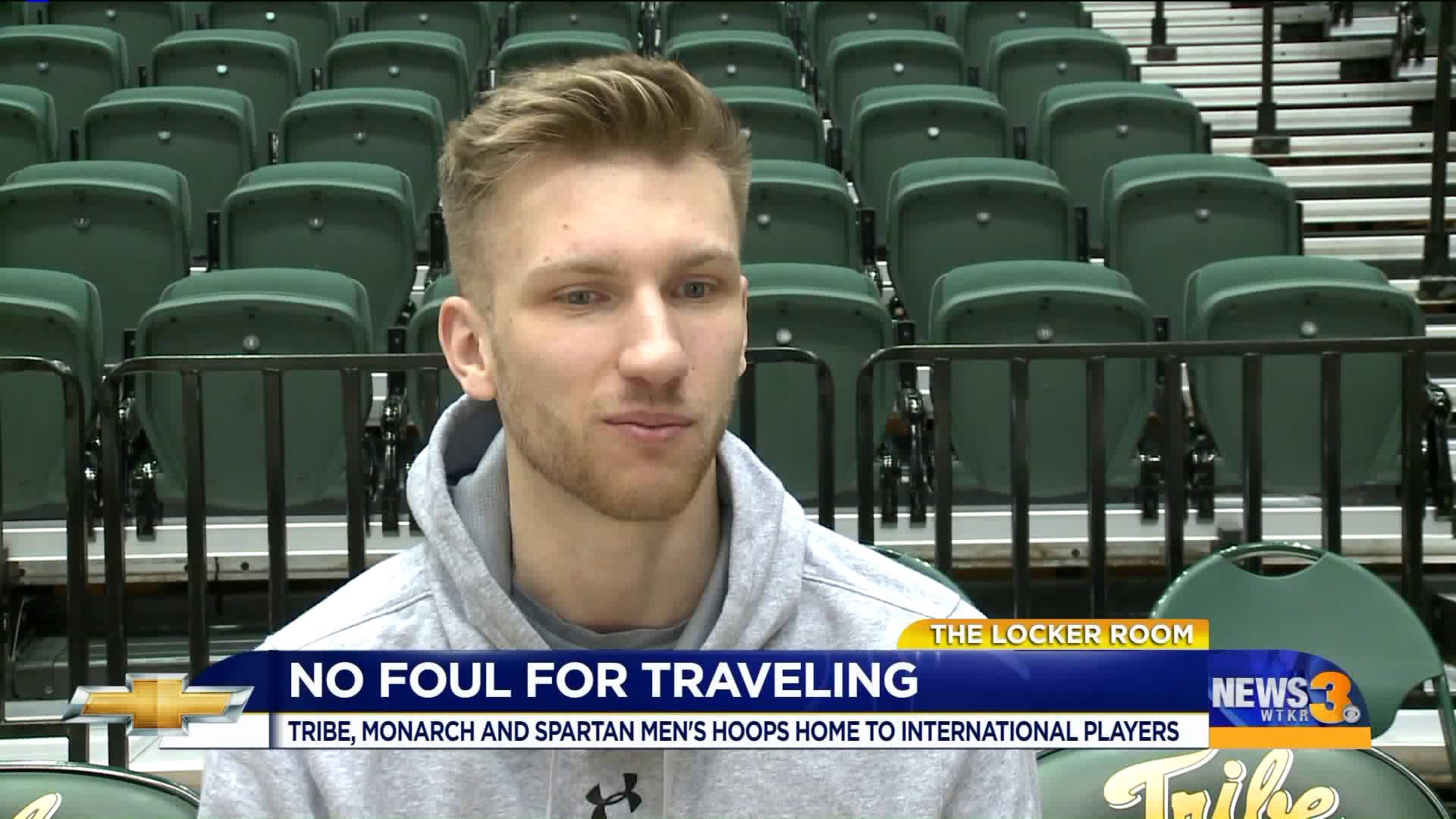 "It is a little bit more physical in The States," Tribe head coach Dan Fischer said. "Overseas you're talking about much more skill, free flowing, so I think that adjustment of getting used to playing through a little more contact and the game being officiated a little more differently is probably the biggest adjustment the guys face."

While the athletes adjusted to a different style of basketball, they were adjusting to much more off the court.

The way people interact with one another varies from country to country, and William & Mary's Andy Van Vilet quickly learned that introductions in the U.S. were done differently than in his home country of Belgium.

"In Belgium when you great each other you basically kiss each other on the cheek," Van Vilet said. "My coach who recruited me at the time, Bo Ryan, I met him and his wife and I kissed his wife on the cheek. He was like, 'Yo what are you doing? You trying to steal my wife?' I was like no, you guys don’t do that over here? He was like, no, we just hug here. It was pretty awkward, but I learned the hard way.”

Norfolk State's Yoro Sidibe had to adjust to the way Americans utilize eye contact. In his home country of Senegal it's rude to look those who are older than you directly in the eye while they're talking to you.

“Here it’s mandatory, when the coaches talk, you have to look him directly in the eye," Sidibe said. "That's how he knows you are focused. It's kind of disrespectful back home.”