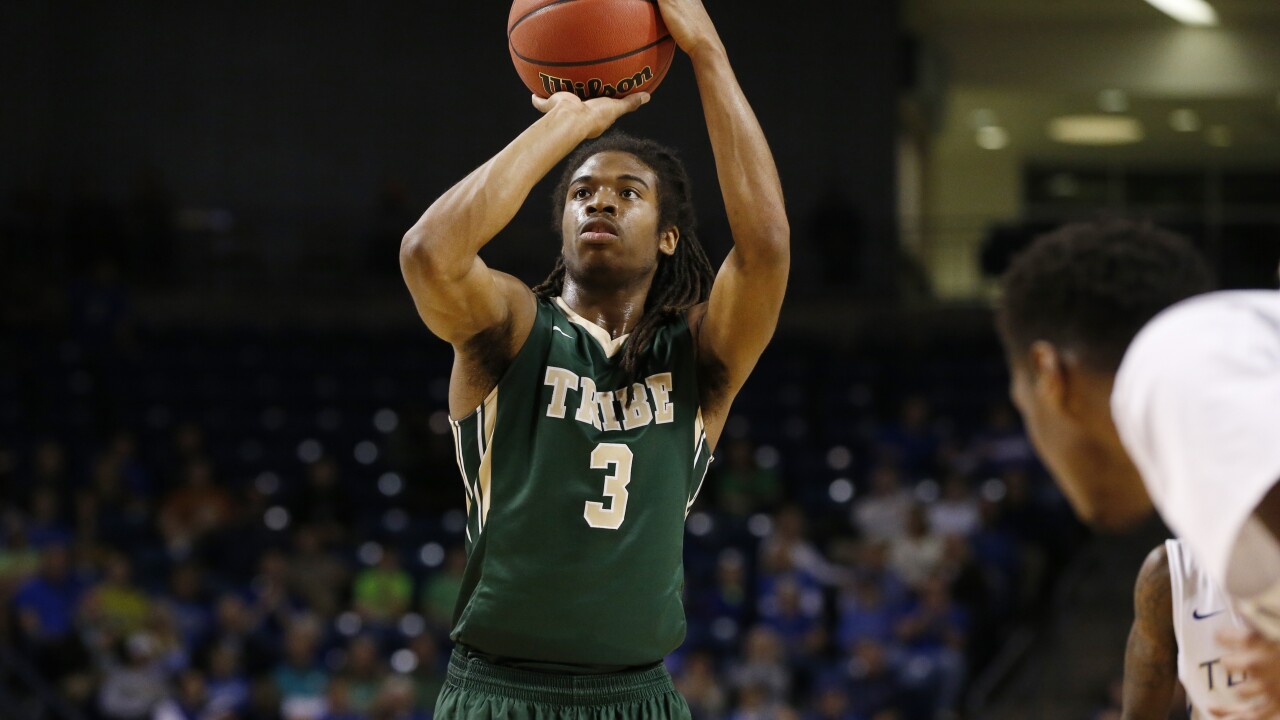 William & Mary Athletics will honor one of its all-time greats on Saturday, February 15, as All-American Marcus Thornton ’15 returns to Kaplan Arena to have his No. 3 jersey retired and placed in the rafters, Director of Athletics Samantha K. Huge announced on Friday.

“We are excited to welcome Marcus and his family back home to William & Mary and we can’t wait to celebrate his legacy,” Huge said. “His career exemplifies what being a William & Mary student-athlete is all about: a sincere pursuit of excellence, a contributing member to the world around him, and a determination to succeed.  February 15 is going to be a memorable day at Kaplan Arena as we honor Marcus by adding his No. 3 to its rightful place in W&M lore. We look forward to Tribe fans joining us as we honor a Tribe basketball icon.”

“I’m excited and looking forward to returning to William & Mary,” Thornton said, “to celebrate this great moment with those who have helped along the way – family, friends and, of course, the Tribe family! Go Tribe!”

Thornton broke the longest-standing Division I school scoring record, setting the W&M mark with 2,178 points. He became the first Tribe player to be named the Colonial Athletic Association Player of the Year after averaging 20 points per game as a senior in 2014-15. He was also selected as an Associated Press All-American after leading the Tribe to its second-straight 20-win season in 2015 and the CAA Regular Season Championship.

Along with his scoring record, Thornton established school marks for 3-pointers made (325), games played (127), minutes played (4,328), minutes per game (34.1) and 3-pointers per game (2.55). He was a three-time First Team NABC All-District pick and a three-time All-CAA choice. After earning CAA All-Rookie Team honors in 2012, Thornton earned second team All-CAA honors in 2013 and was on the first team his final two collegiate seasons.

During his senior season, Thornton was named a finalist for the Lou Henson Mid-Major Player of the Year award and the Jerry West Award Shooting Guard of the Year Award, presented by the Naismith Memorial Basketball Hall of Fame.

Thornton was the 45th pick overall in the second round of the 2015 NBA Draft by the Boston Celtics. He spent time with both the Celtics and the Oklahoma City Thunder Summer League teams. Playing for the Canton Charge in the NBA G-League in 2017-18, Thornton signed a 10-day NBA contract with the Cleveland Cavaliers. He also played in the NBA G-League for the Maine Red Claws in 2016.

Along with his time in the NBA G-League, Thornton was a member of Team USA in the FIBA Americas World Cup Qualifying in 2018. Thornton currently plays in the France Jeep Elite Pro A league with Elan Chalon. His professional career has included stops in Australia, Italy, China, Turkey and South Korea.

William & Mary hosts Delaware on Feb. 15 for the program’s sixth annual Gold Rush Game. Thornton played in the program’s first Gold Rush Game as a senior, helping the Tribe to a 78-62 win over Northeastern in 2015. The 2020 version of Gold Rush tips at 4 p.m. and will be part of the Golden Weekend with the Tribe women hosting Hofstra on Sunday, Feb. 16, at 2 p.m. in the Golden Game.

For a special price of $15 fans can purchase the Golden Ticket Package and attend both games. The package includes a mezzanine ticket to the men’s Gold Rush Game and a general admission ticket to the women’s Golden Game.

Fans are asked to wear GOLD and help us #PacktheKap! The first 500 fans and 500 students in attendance at the men’s game will receive a free gold t-shirt courtesy of Wren Traditions! Fans in the lower bowl will receive a pom-pom to help cheer on the Tribe.