Virginia man loses fingers, legs in battle with flu: ‘Pray for our family’ 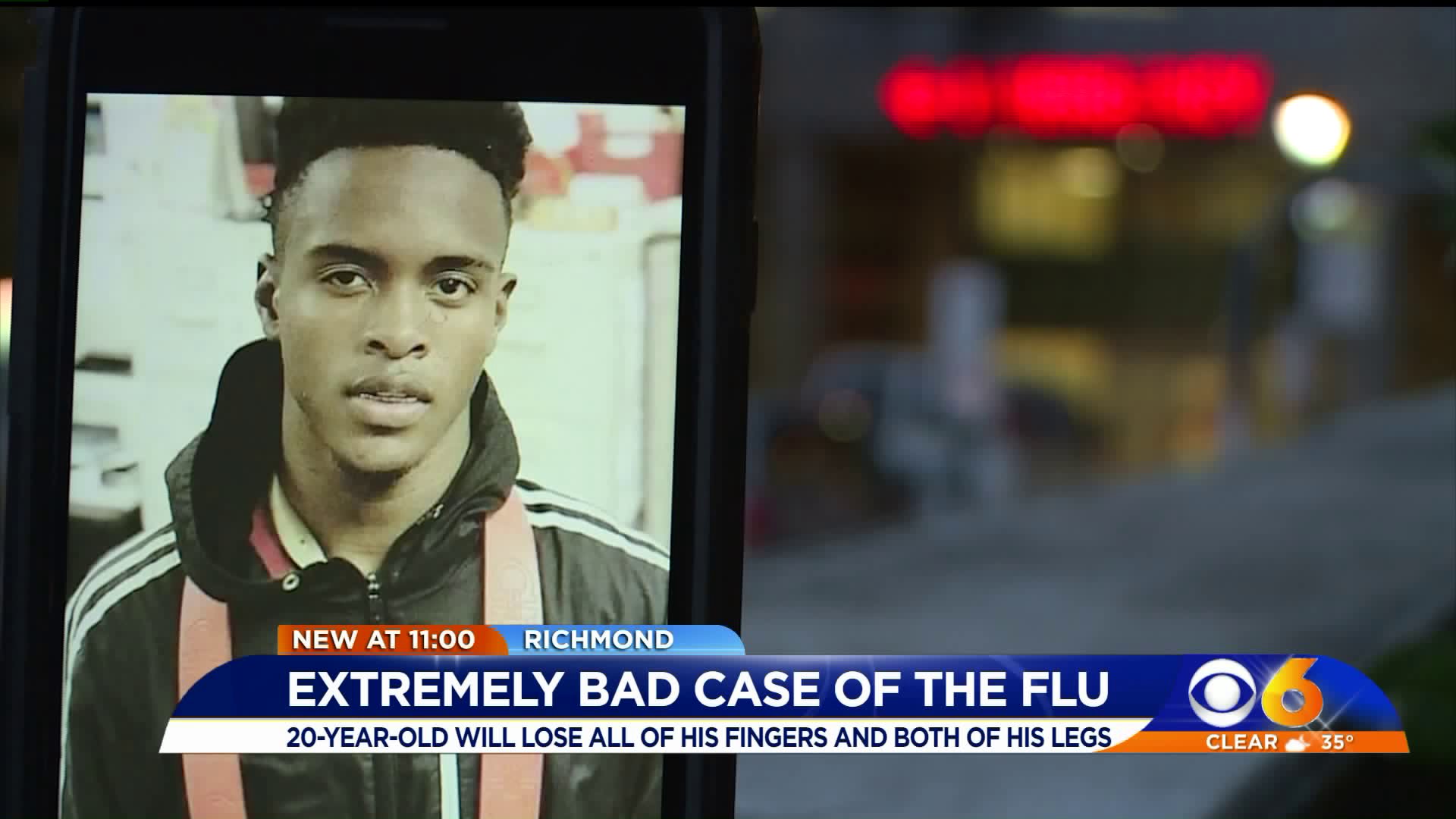 RICHMOND, Va. (WTVR) - An extremely bad case of flu will forever alter the life of a young Virginia man.

Deante Ross, 20, is connected to a ventilator at VCU Medical Center. He has been at the hospital since December 27 because of the virus.

His family first thought Ross had a cold, but his symptoms got worse.

"I had no idea that the flu could cause anything like this," his stepmother Diesha Ross said. "It hit him out of nowhere. He woke up, he was having extremely bad back pain and he was having trouble breathing."

Ross was rushed to Urgent Care where doctors delivered the troubling diagnosis.

"The flu led to pneumonia, then pneumonia led to a massive infection," Diesha Ross said.

Deante was flown to the hospital where he spent three days in a coma. When he awoke, doctors told him they would have to amputate his fingers and legs.

"He's been so strong through all of this," Diesha Ross said.

Ross' family created a GoFundMePage to help cover medical bills and Deante's costs after he's released from the hospital.

"He's going to need prosthetics, eventually, for his fingers and his legs," Diesha said. "We want him to be able to live as normal a life as possible."

The family has asked the community to keep Deante in their thoughts.

"It's a long road to recovery. We're just taking it day by day," Diesha said. "Pray for us. Pray for our family. Pray for him."