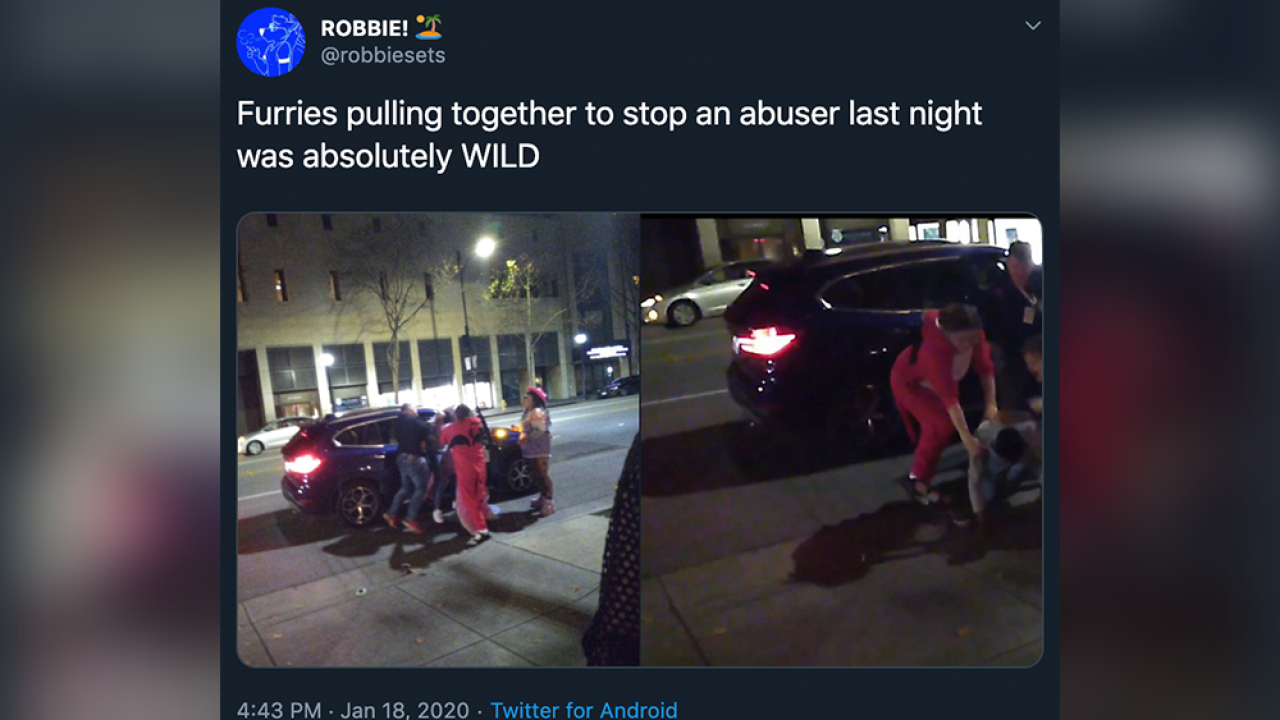 A group of furries was able to help police apprehend a domestic violence suspect in San Jose on Friday.

A group of Good Samaritans — all of them dressed in furry animal costumes — helped police arrest a man suspected of domestic violence on Friday.

A group of furries was able to help police apprehend a domestic violence suspect in San Jose on Friday.

The incident took place outside of the San Jose Convention Center on Friday, just as FurCon was ending for the evening. FurCon is a convention for “furries” — a subculture of people interested in dressing up and cosplaying in animal costumes.

According to NBC Bay Area, a group of people leaving the convention spotted a man in a car hitting a woman. The group was able to pull the suspect out of the car and corral him until the police arrived.

Video taken from the incident and shared on social media shows the group, still dressed for the convention, subduing the suspect.

“It all happened so fast, I still can’t believe it,” said Robbie Ryans, a DJ at FurCon that recorded the incident, told CNN. “I’m so glad everything worked out in the end. It was a horrible sight to see. Afterward, we were very shaken up but relieved.”

According to NBC Bay Area, police arrested 22-year-old Demetri Hardnett and charged him with domestic violence.