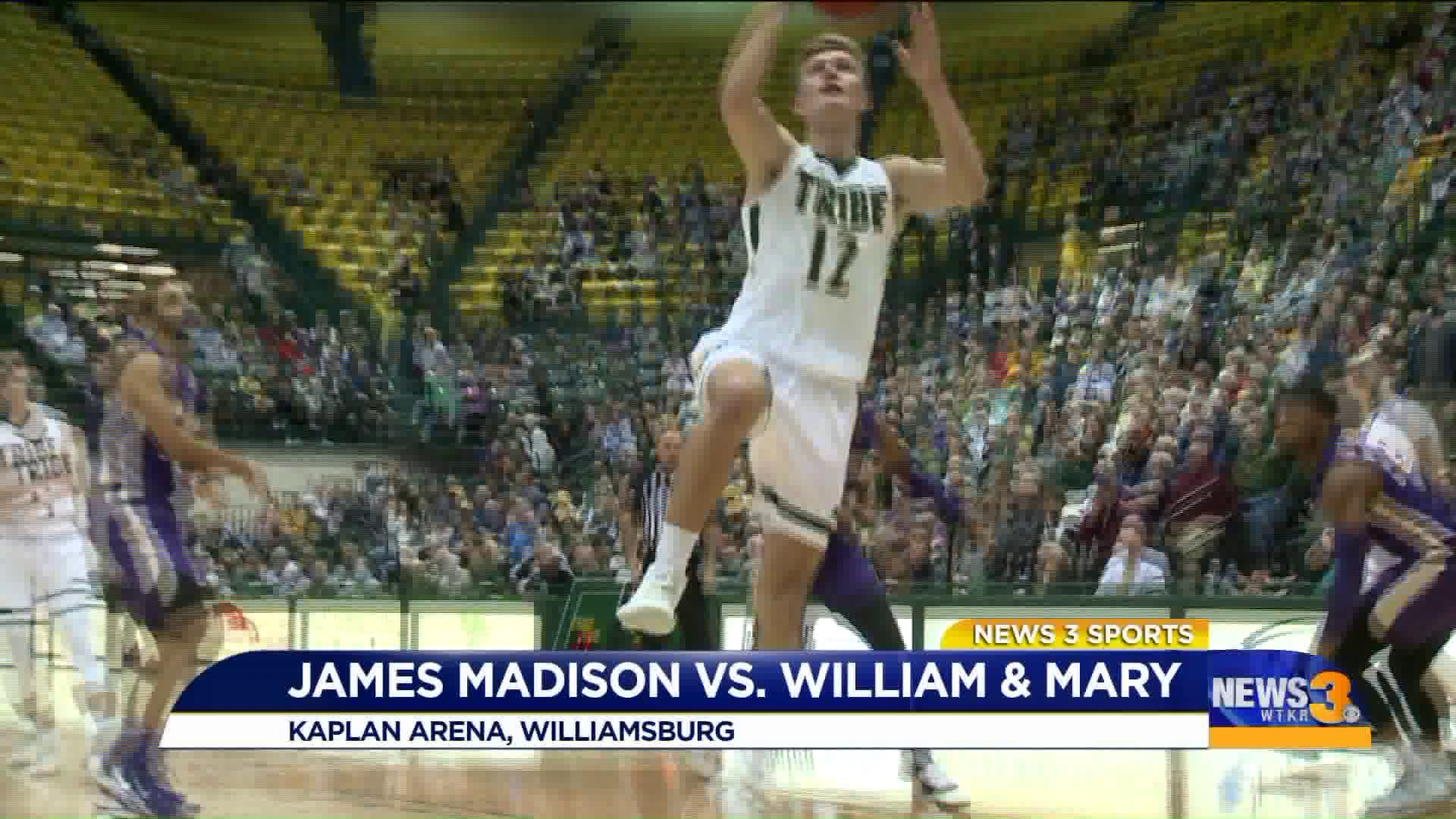 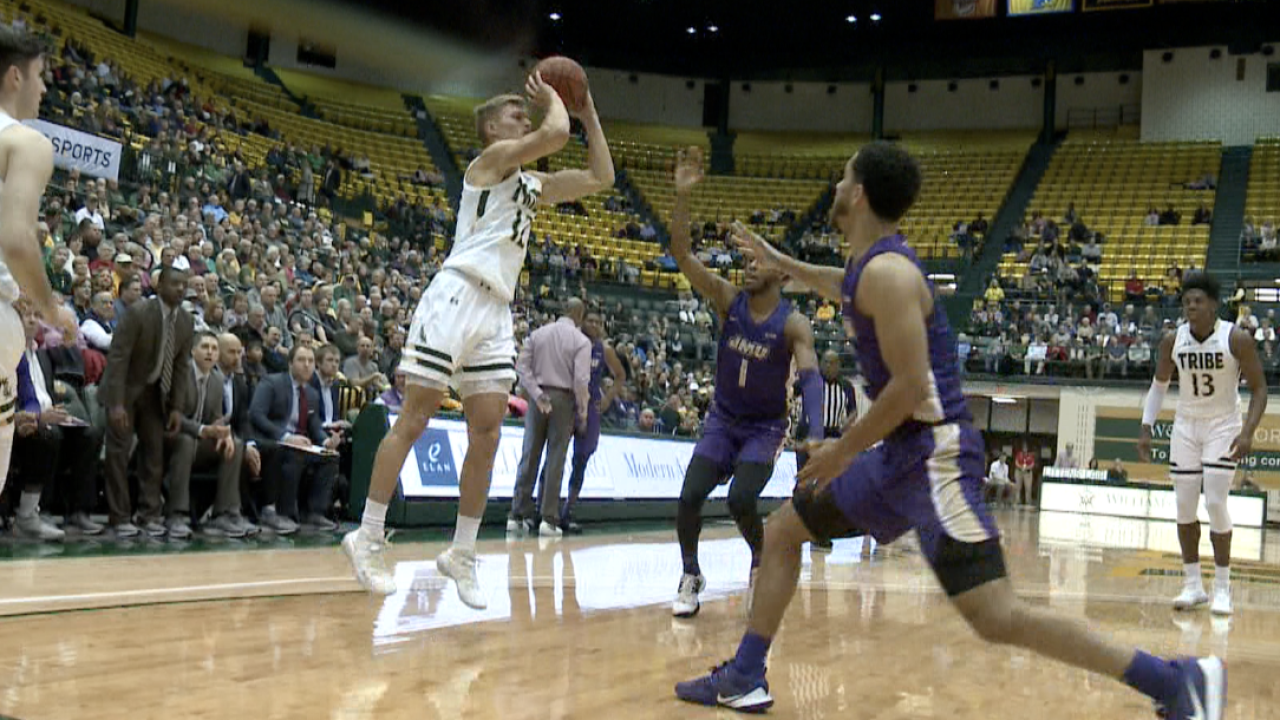 Senior Andy Van Vliet equaled his career-high with 22 points on 9-of-13 shooting, including 4-of-6 from 3-point range. He also blocked eight shots, becoming just the third Tribe player in school history with that many rejections. Classmate Nathan Knight posted his nation-leading 16th double-double with 19 points, 11 rebounds and four blocked shots.

Junior Luke Loewe was nearly perfect from the field, connecting on 7-of-8 from the floor, including a career-high 4-of-5 beyond the 3-point arc, to tally 18 points. Sophomore Thornton Scott dished out a career-high 11 assists, which is tied for the sixth most in program history.

The Tribe started both halves with runs that were sparked by its defense. W&M scored the game's first six points, while holding JMU (8-11, 1-7 CAA) to 0-of-6 from the floor in the opening three minutes. W&M hit nine first-half 3-pointers in taking a 14-point halftime cushion.

After scoring the final three points of the first half, the Green and Gold tallied the opening eight of the second in 1:28 to force a JMU timeout. The 11-0 run spanning the periods extend the Tribe lead to 56-34 on a Knight 3-pointer.

Defensively, W&M limited James Madison without a field goals for the first 7:48 of the second half, taking as much as a 28-point lead, 66-38, on a Quinn Blair lay-up with 12:37 remaining.

Up Next
- The Tribe continues its homestand beginning on Saturday, Jan. 25, against Towson. Tip-off is set for 4 p.m. from Kaplan Arena.