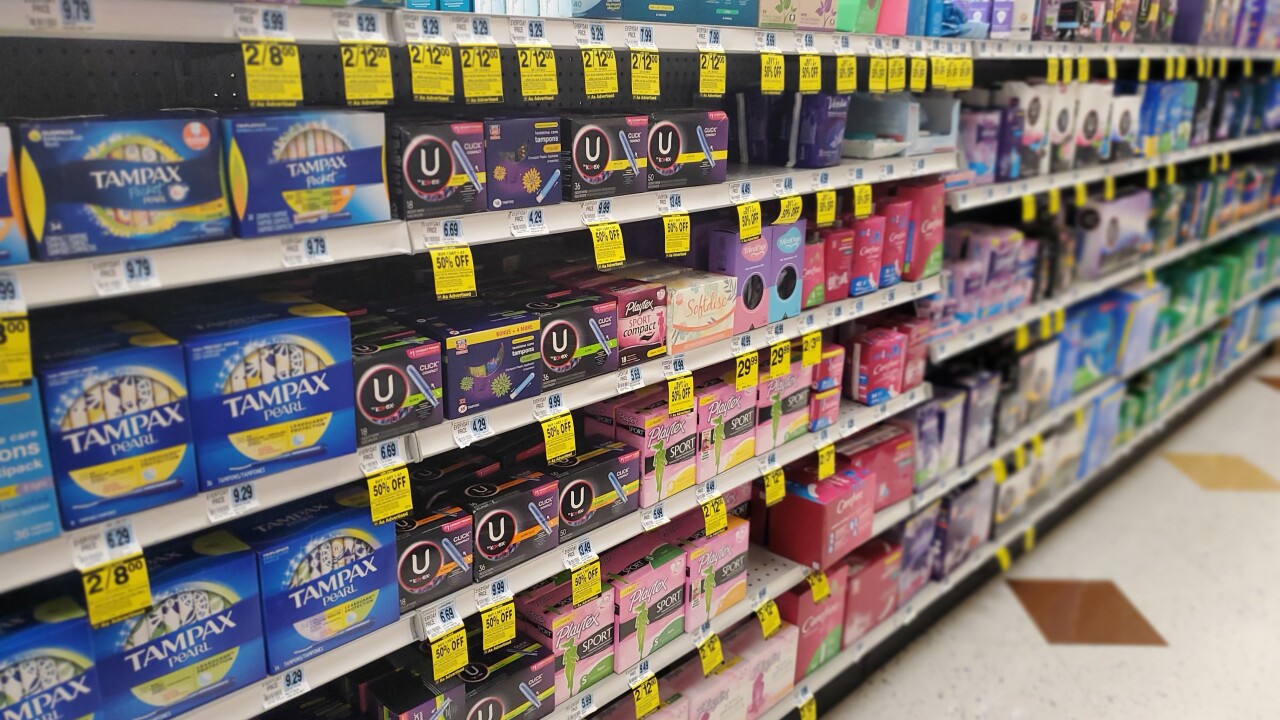 Sen. Jennifer Boysko introduced a bill to eliminate the tax on menstrual products.

Senate Bill 232 applies to schools that educate 5th to 12th graders. According to the Virginia Department of Education, this encompasses 132 school districts and almost over 630,000 female students.

“I would like to see that the supplies are available, just like other supplies that we keep in the bathroom,” said Sen. Jennifer Boysko, D-Fairfax, the legislation’s chief patron.

An earlier version of the bill applied the stipulation to the aforementioned schools where at least 40% of students qualified for free or reduced lunch.

Boysko introduced the bill to make it more convenient for students to access menstrual products and help them avoid accidents.

Sen. Jennifer Boysko introduced a bill to eliminate the tax on menstrual products.

“This is a necessity and girls can’t carry out their school day without it,” Boysko said. “Some girls are missing school time and end up going home and missing classes because of these kinds of challenges.”

According to Boysko, school budgets currently cover menstrual product expenses, but they are often kept in the nurse’s office, making it inconvenient for students.

Karen Keys-Gamarra believes menstrual products need to be more accessible at Fairfax County Public Schools, where she is a school board member.

“We typically provided menstrual supplies in the nurse’s office, which was, in my opinion, inappropriate in that we were treating this bodily function as something you need to see a nurse for,” Keys-Gamarra said.

Last year, Gov. Ralph Northam signed the Dignity Act sponsored by Boysko, which standardized taxes on hygiene products, such as pads, tampons and diapers to 2.5% statewide, in effort to make feminine hygiene products more affordable. The tax previously varied from 2.5% to 7%, depending on the part of the state.

“The essential nature of personal health care products is not up for debate and I commend the General Assembly for coming together to ensure these savings for Virginians,” Northam said at the time in a press release.

Boysko also introduced a bill this session to eliminate the tax on menstrual products.

“Women don’t have a choice about these products. They’ve been treated just like any other luxury product,” Boysko said. “There are a lot of people who feel like it’s actually an unfair taxation on women.”

“There are students here in Virginia, and all over the world, who are not able to get to school because they don’t have the products; they can’t afford them,” Boysko said during the committee meeting.