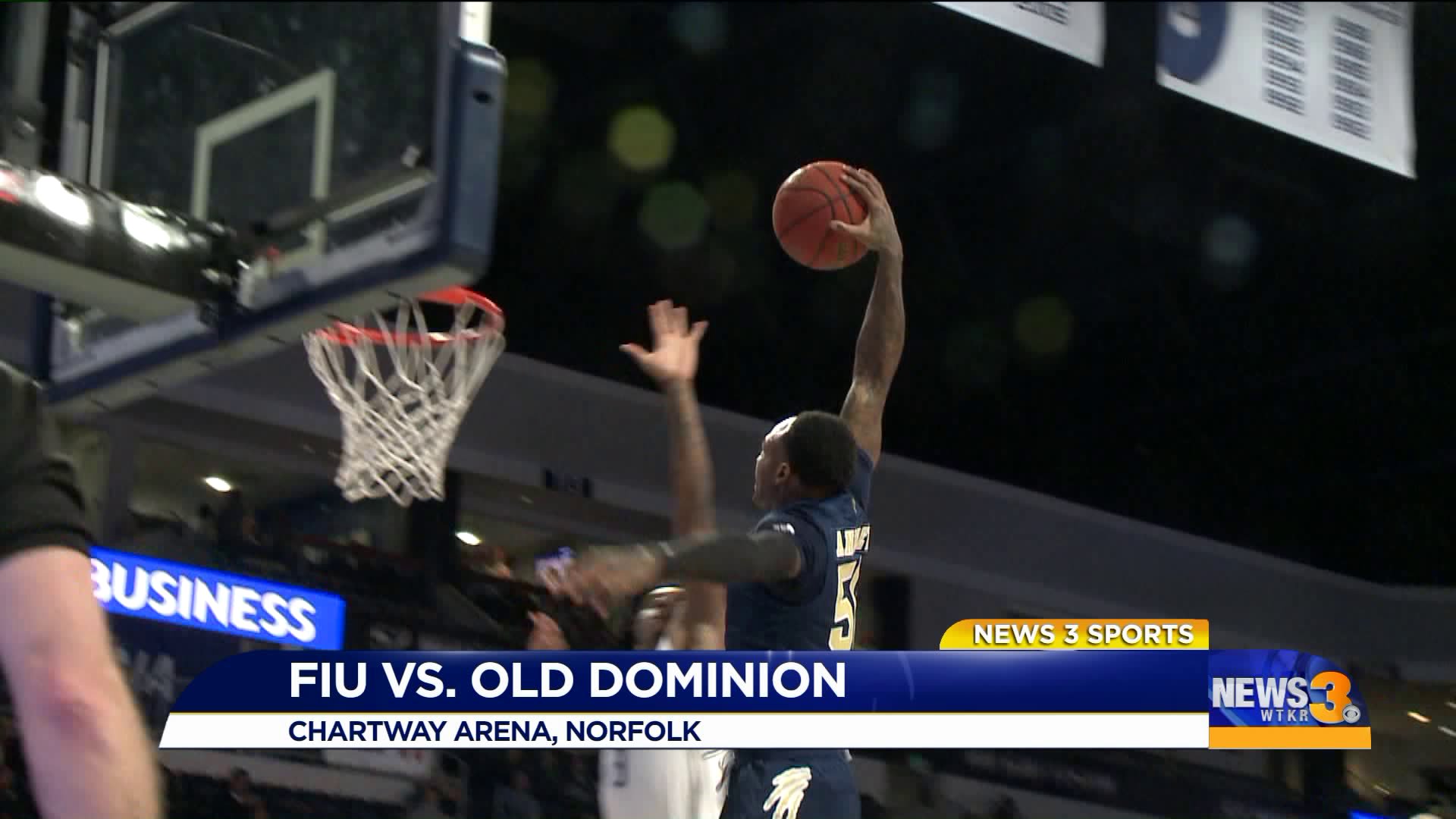 Ten minutes into the contest, Jason Wade - ODU's second-leading scorer, left the game with a right knee injury. He did not return.

Antonio Daye Jr. drained both of his attempts from the charity stripe, stretching Florida international's lead back to three (83-80) with just 11 seconds remaining. A.J. Oliver II got a look from three-point range, but the attempt was off, as the Panthers escaped Norfolk with a three-point victory on Thursday night.

"We didn't lose that game, FIU beat us," said ODU head coach Jeff Jones. "I guess what I am trying to say by phrasing it that way is I thought we played pretty well. I know dang well that we played very hard and really gutted it out. FIU just played better; they made big shots, they made tough shots."

Along with Curry's team-high 18 points, he finished with five assists, three rebounds and one steal. Kalu Ezikpe turned in a career-high 15 points, to go along with seven rebounds, two steals and one block in 27 minutes of work.

Joe Reece finished with career-highs for points (14) and rebounds (7). Oliver II also recorded 14 points to compliment three rebounds and one steal. Also in double-figures for Old Dominion was Xavier Green, who went for 11 points, eight rebounds, seven assists and one steal.

The Panthers claimed a 39-35 lead at the half after shooting 8-21 from deep. The Monarchs were led by Ezikpe's 11 points and five rebounds. Curry chipped in nine points, while Reece followed with six points and four boards. ODU held a 22-10 advantage for points in the paint in the opening 20 minutes.

Old Dominion will return to the hardwood on Saturday, Jan. 25 at 7:00 p.m., when the Monarchs play host to Florida Atlantic at Chartway Arena. Saturday's contest will stream on ESPN+.