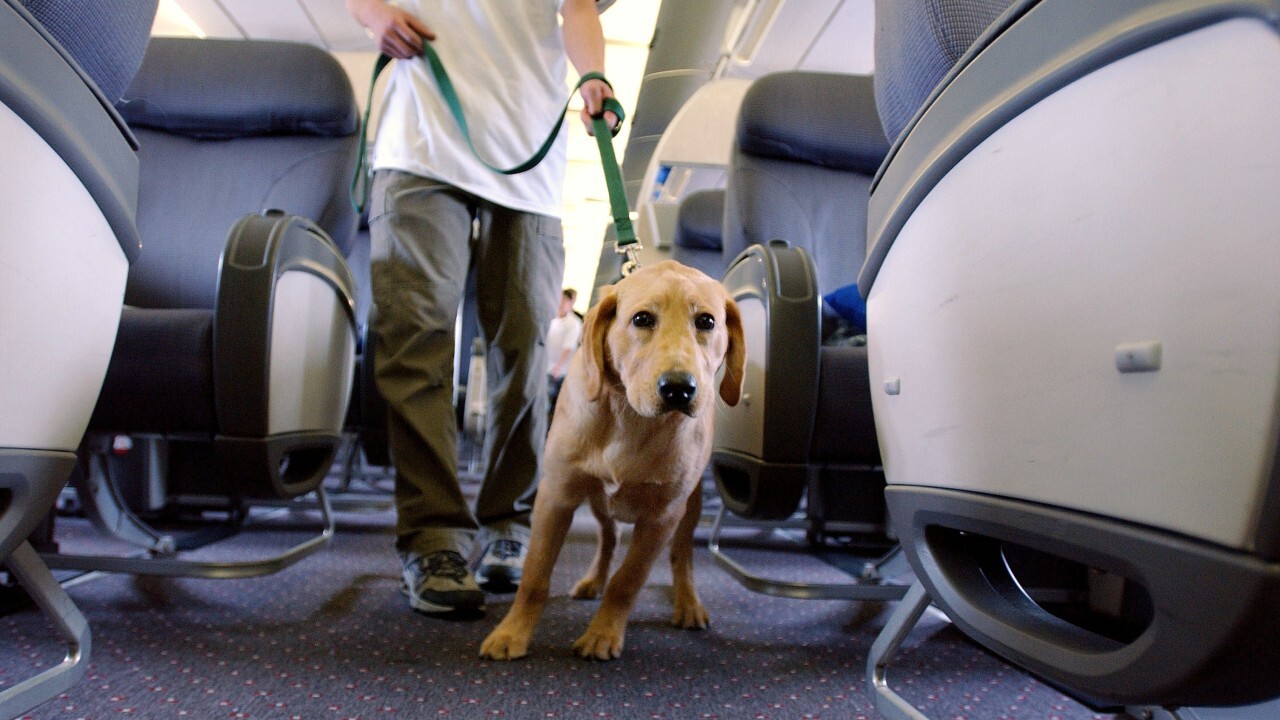 A new proposal by the U.S. Department of Transportation would no longer require airlines to accept emotional support animals, according to WTMJ.

Instead, airlines would only be required to accept service animals, which would be defined as dogs that are individually trained to do work or perform tasks for the benefit of a qualified individual with a disability, including a physical, sensory, psychiatric, intellectual or other mental disability, according to a United States DOT spokesperson.

In addition, a single passenger could be limited to just two service animals by a given airline.

As for emotional support animals, it will be up to the airline as to whether or not to allow them.

Passengers traveling with service animals will be required to fill out and submit three forms to the airline they are flying.

This form will need to be filled out by a veterinarian to certify that the animal is in good health.

This form will need to be filled out by the service animal owner to attest to the animal’s good behavior.

The service animal handler will also fill out this form when traveling on a flight that is eight hours or longer to verify that the animal can either not relieve itself, or can do so in a sanitary manner.

These would be the only documents an airline would be able to require from an individual with a disability who is traveling with a service animal.

You can comment on the proposals by going to regulations.gov, docket number DOT-OST-2018-0068. Comments have to be received within 60 days of the date the notice is published.

This story was originally published by Tess Klein, WTMJ.